'Burned': Author of the literary world’s ‘hottest’ new work to sign copies at Eason’s in Derry

News Letter Political Editor to sign copies of his book this weekend. 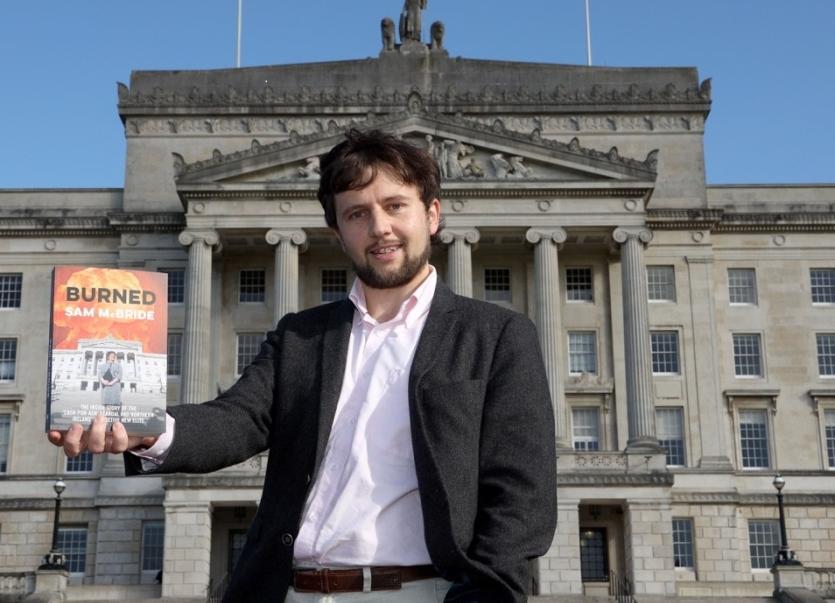 Sam McBride will sign copies of 'Burned' at Foyleside this Saturday (November 2).

The author of ‘Burned’, the book chronicling the political intrigue behind Northern Ireland’s largest ever political scandal will be in Derry this weekend to sign copies of his highly acclaimed work.

Sam McBride, Political Editor at the News Letter says he’s been “stunned” by the public reaction to the book that had a print rerun ordered even before it went on general release and another ordered just 24 hours after it hit the shelves.

‘Burned’ is the culmination of three years work by Sam McBride that uncovers multiple layers of the flawed heating initiative. The political and financial scandal exposed not just some of Northern Ireland’s most powerful figures but provides a stark look at the problems of governance at the heart of the political system.

Speaking to the Derry News Sam said: “I’m delighted to be coming to Eason’s Foyleside to meet some of those who have followed the story and who have been part of the remarkable public appetite for news about a scandal which has already had such an impact on Northern Ireland.

“I have been stunned by the public reaction to this book and my publisher has been working overtime with printers to produce copies as soon as possible to meet demand.

“The book is currently being printed in Dublin, Sweden and England and one printer worked all weekend to keep up with demand from bookshops which are selling out.

“I always felt that this book would be a failure, if it was only read by those who follow politics and care about it. This scandal is so important that it needs to be understood by those who don't even vote because it exposes how their politicians and civil servants behaved when they thought their behaviour would never be revealed.”

Publisher Conor Graham of Merrion Press said: “In my twenty years in the Irish book trade, as a bookseller, sales rep and now as a publisher, I have never seen this level of interest, both in volume and the sheer instantaneous response from the market, as I’ve experienced with Sam’s book.

“It’s off the scale. I knew how significant the story was and that Sam was the best possible author to tell it, and that he had written it in such a compelling and engaging style, so we all knew it would perform strongly, but we really didn’t anticipate the extraordinary levels of sales, public interest and media coverage that the book has received. And it seems set to continue as orders keep flooding in from across Ireland, the UK and international clients. It’s all credit to Sam McBride.”

The author added: “It has been gratifying to get messages from people saying that they do not normally read books or do not have any interest in politics but they are reading Burned. I am particularly thankful to those who responded to the legal threat which Arlene Foster and four other senior DUP figures sent to me about the book by going out and buying Burned.

“I hope that politicians and civil servants see that the public care about good governance and not just about orange and green issues and that they respond by changing some of their behavior.”

Kirk Anderson, manager of Eason’s at Foyleside told the Derry News: “We couldn’t be happier with the book, it’s been an outstanding seller for Eason.”