Motion on early UK general election to be tabled at Westminster today. 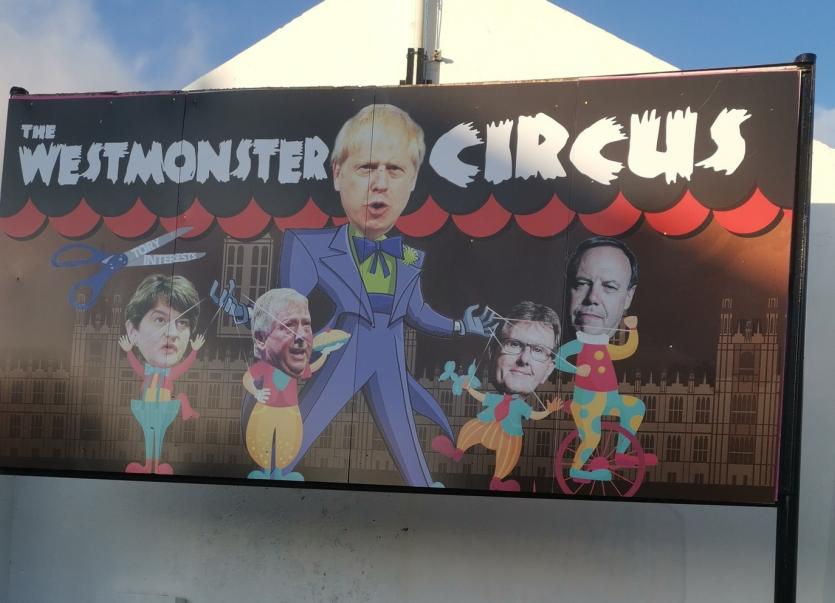 The mural which has appeared at Free Derry Corner.

The latest mural at Free Derry Corner has displayed a definite line of thinking to the latest twists and turns in the Brexit saga and the role of the DUP in the debacle.

The mural appeared in front of the iconic civil rights monument in the last few days and before Donald Tusk, President of the European Council, agreed to Britain’s request for a Brexit extension earlier today.

As the Conservative leader prepares another push for a general election later today, at the weekend Arlene Foster told her party’s annual conference that the DUP was ready for an election, “did not fear an election” and would consider backing it if “it is the right thing to do.”

However, the DUP leader added that Mr Johnson had not abided by commitments he gave at the party’s annual conference in 2018 and that the unionist party could not back the contents of the Prime Ministers Brexit deal.

Some of the musicians who will be performing in the local care homes this week.