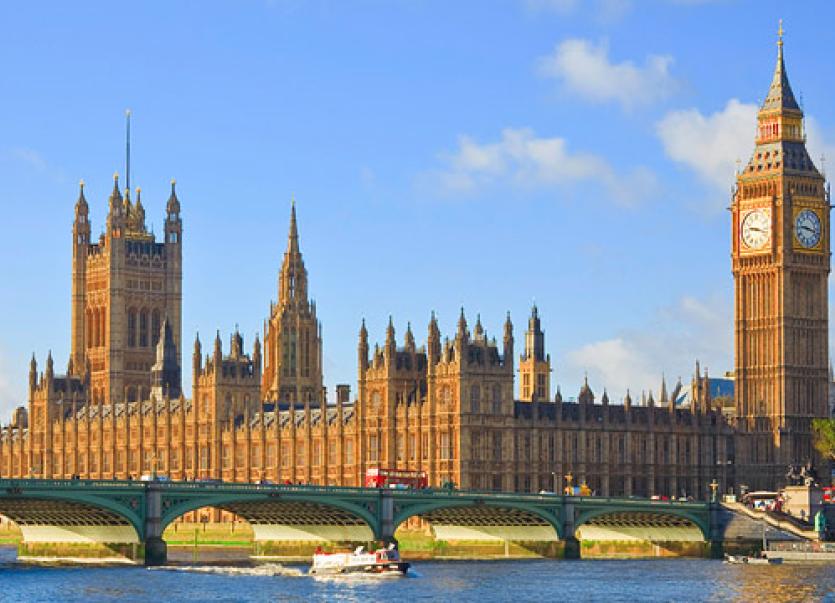 As the second missed Brexit deadline this year passes today, a former leading member of the Ulster Unionist Party (UUP) from the city has critiqued unionism's approach to the UK's departure from the European Union. Terry Wright, former Vice Chair of the UUP that unionism must jettison treating Brexit solely as a constitutional watershed and move towards a 'transformed Northern Ireland.'

Since government determined solely by a headcount Unionist majority in Northern Ireland proved unsustainable, Unionism has faced a number of internal crises resulting from actions by Westminster governments. Deemed unpalatable and unacceptable, many of these have been met, not with creative strategies but with protest, strident but ineffective pseudo-sectarian - posturing and, on the basis of where unionism stands today, flawed decision-making resulting from deceptive election results and occasionally favourable arithmetic in the House of Commons.

Content to agonise rather than organise, Unionism has travelled unerringly down the road of its own failings to become a danger to the Union. It seems that Brexit could soon claim a place as yet another milestone. Whilst the Brexit process, even after three years and more, remains in limbo, with Parliament still to sign off a final Withdrawal Agreement, No Deal, People’s Vote or General Election before detailed trade negotiations can begin, political Unionism is not well-placed.

Characterised by disarranged and expedient strategic thinking, it seems ill equipped for relevant political discourse even with the broader pro-Union constituency, many of whom see a need to re-evaluate long held positions. Unionism has moved beyond an age of careless and stereotypical single labels.

Within the pro-Union constituency identities are hyphenated and diverse. Some identify as pro-Union, economic-unionist, civic-unionist, liberal-unionist and cultural-unionist or a fluid combination of two or more to varying degrees. A large proportion voted to remain in the EU and, in an increasingly personalised society, have no major issues with the delivery of marriage equality, the de-criminalisation of abortion and the provision of choice within ethical parameters.

They also see a need to reach accommodation and exercise perspective without bias on rights, cultural and language issues which currently serve as a forum for mutually exclusive combat between the two major parties. In pursuit of their Brexit strategies, the unionist parties, mainly the DUP, instead of engaging in the modern issue-centred discourse which the debate requires, have been content to wrongly categorise Brexit as mainly a constitutional issue and rely on the de-sensitisation of its constituency to the blurred truth, spin and inaccuracies promoted by the Leave campaign.

In an act of collective self-deception, it took a reckless gamble with the future and has served to produce the opposite of what it claimed to prioritise with divergence from the remainder of the United Kingdom, a situation which is not itself unusual for the DUP and other Unionists. It grasped an opportunity to wring money from Westminster and allied itself closely to a questionably optimistic pro-Brexit platform but in so doing, failed to address the broader ramifications of what Brexit could mean for Northern Ireland, socially, culturally and crucially, in terms of reconciliation and stability.

It ignored not just the large and diverse Remain vote but Unionists, already disenchanted by lack of movement on social issues and concerned by economic and political uncertainty. Had it explored the possibilities within the Good Friday Agreement structures which it now so vigorously defends and embraced the North-South Bodies more energetically, a process might have produced an internalised all-island solution with EU endorsement which facilitated preferred aspirations.

Notably, the Ulster Unionist Party moved belatedly toward this position. Now, presented by proposals it does not like, yet facilitated through its tactics, the main party of unionism seems likely to adopt the default position of retrenchment to a place of fear and resistance. Abandoned by erstwhile friends in Westminster who are the epitome of political insincerity and who, seeing Northern Ireland as a handicap to Brexit, have made their priorities clear, this seems a forlorn hope likely to add to the current sadness of spirit within unionism flowing from the trickle-down dysfunction of the DUP leadership. The DUP engaged in a mutually commodified accommodation more to do with opportunism than leadership and the outcome could be predicted. Communal conflict has remained in the minds of too many of its political leaders and this, allied to narrow defensive and cultural politics has led unionism, already discredited by expense scandals which lay bare the moral and pampered relativism of unionist politicians, into a cul-de-sac.

As many voters, no longer prepared to be associated with political mediocrity abandon the toxic terminology and one agenda politics of unionist to opt for a pro-Union identity, political unionism needs a re-boot.

Those who wish to lead could begin with a robust analysis of the turmoil and abandon the self-deception that Northern Ireland is a place where the will of a unionist majority can always prevail. Unionism is living in the long shadow of Home Rule where diminishing support at Westminster with demographic and changing generational profiles in Northern Ireland indicate that the maintenance of a pro-Union position is no longer guaranteed on the basis of a communal headcount and rests on persuasion for a preferred future.

A post-Brexit world that will present challenges is unpredictable, but unionism must look for opportunities that may also present to re-generate. Too often it has lacked an ear for the wrong notes. The Brexit deal which Boris Johnston has brought back from Brussels with its proposals for Northern Ireland bears all the hallmarks of effective lobbying by a business sector, supported by Remain parties, anxious to protect trade and explore opportunities for growth but the obvious uncertainty and confusion of Ministers indicates cause for concern and that all the boxes are not yet ticked; that Northern Ireland could be worse off than at present.

The clumsy manner in which the values and spirit of the Good Friday Agreement are appearing to be compromised and thrown over by Westminster only serves to tighten the knots. To meet the challenges, Unionism needs to inject stability and focus on a shared future to address the developing situation and build a consensus to solve potential problems across and within regulatory and alignment areas. Livelihoods and public services depend on this being resolved. Now is the time for problem-solving coalitions to build an Agreed Northern Ireland.

It will not be achieved by tokenistic changes of label from traditional to expedient grandstanding on second-hand radical liberalism if you still enable sectarianism, segregation and prejudice. The values and attitudes which inform actions are how unionism will be measured and it is presently found wanting by large swathes of its constituency.

Substance will always be more important than style and it is the only ethical basis on which you can create the conditions for the realisation of political ideas. Late in the day, Unionism can benefit by sharing responsibility for creating a transformed Northern Ireland and abandoning any desire to dominate the old. Brexit seems to be consigning the dying embers of that particular flame to the dustbin.