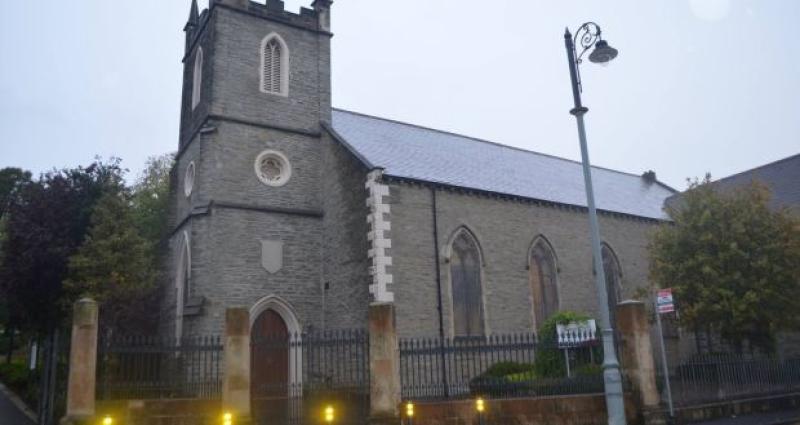 The Church of Ireland's Christ Church on Infirmary Road.

Two Derry men have been returned for trial to the local Crown Court on charges linked to a break in at the Church of Ireland in Infirmary Road in the city.

Harry Duffy (25), of Elmwood Terrace, and James Anthony Kennedy (24), of Glenside Park, at a preliminary enquiry at the city's Magistrate's Court today.

Duffy is charged with entering the church as a trespasser and stealing a crystal decanter, robes and a surplice on 12 September, 2017.

He also faces two charges of criminal damage to a boiler room, a stained glass window, an organ, a monitor and flowers on the same date.

Kennedy faces a charge of criminal damage to the same items and and one of burglary of the church on the same date.

Both men said they did not wish to call any witnesses or make any statement at this stage.

They were returned for trial to Derry Crown Court on 26 November and released on bail.