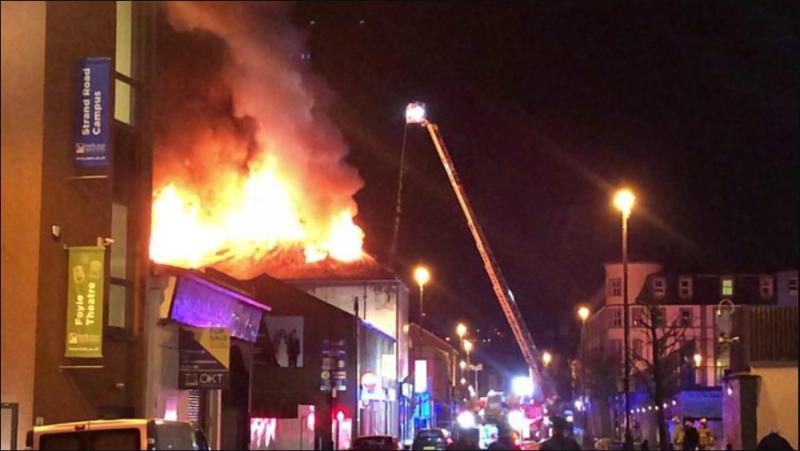 The Envy Nightclub had to be demolished following the fire started by Sebastian Prokop.

A man who told police ’I don’t like gays’ has been jailed at Derry Crown Court for the arson of a nightclub that resulted in damage estimated at a quarter of a million pounds.

Polish national, Sebastian Prokop (24), with an address at Crawford Square in Derry, had denied the charge of arson of the Envy nightclub on January 9, 2020.

The club which was frequented by the LGBT community was extensively damaged by the fire and had to be demolished.

After a trial Prokop was found guilty unanimously on June 14.

He continued to deny the offence and did not co-operate with a pre-sentence report.

Passing sentence, Judge Philip Gilpen said part of the evidence against Prokop had been CCTV footage of a person entering the building and leaving shortly afterwards and a fire followed this.

Footage also showed the perpetrator taking off a cap he was wearing and this was recovered by police and Prokop’s DNA was found on it.

The judge said the offending was aggravated by hostility to the LGBT community.

Giving evidence before sentence was passed the defendant said he had considered taking a baseball bat into the club before the arson.

The judge said the evidence was clear that Prokop knew where he was going and so it was clear he had the intent to do what he did.

Judge Gilpen said the defendant had made his comment about not liking gays to police after his arrest.

Prokop was jailed for five years with half in custody and half on licence.

The Judge said it was up to the Secretary of State to decide about Prokop’s deportation.