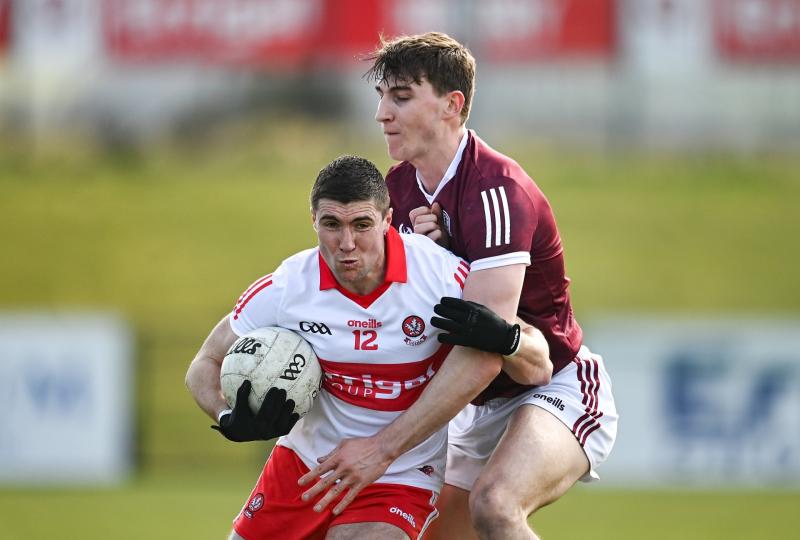 Former Derry footballer Ciaran McFaul has been charged in the United States over an attack that left a man with serious injuries.

A posting on the Suffolk County District Attorney's Office official website stated that McFaul is charged with assault and battery, and assault and battery with a dangerous weapon causing serious bodily injury. The charges relate to an incident in Boston on June 20 of this year.

Maghera man McFaul who had previously represented the Oakleaf County for ten years left the 2022 county set up in April and moved to Boston to play a summer season with the Donegal Boston club in Massachusetts.

Relating to the alleged assault, the Suffolk County District Attorney's office claimed McFaul had been heavily intoxicated and was ejected from a venue in the early hours of June 20 before confronting three men outside.

It is alleged that McFaul punched one of the men three times in the face causing him to fall to the ground, before kicking him several times in the abdomen.

The South Boston Division of Boston Municipal Court heard that McFaul, who gave a Boston address, had left the man with serious internal injuries.

The court heard that the victim had suffered a stage-four kidney laceration and internal bleeding and spent two days in intensive care.

District attorney Kevin Hayden said “This man's hunger for violence resulted in potential life-long impacts on a victim who was doing nothing more than standing on a street corner with friends. We will ensure that he is held accountable for the harm he inflicted.”

McFaul was ordered to return to court on September 14 for a pre-trial hearing. Judge Pamela M Dashiell imposed bail of US5,000 and ordered McFaul to surrender his passport and wear a GPS tracking device. He was also ordered not to consume alcohol and use a device to monitor consumption, and have no contact with the victim.