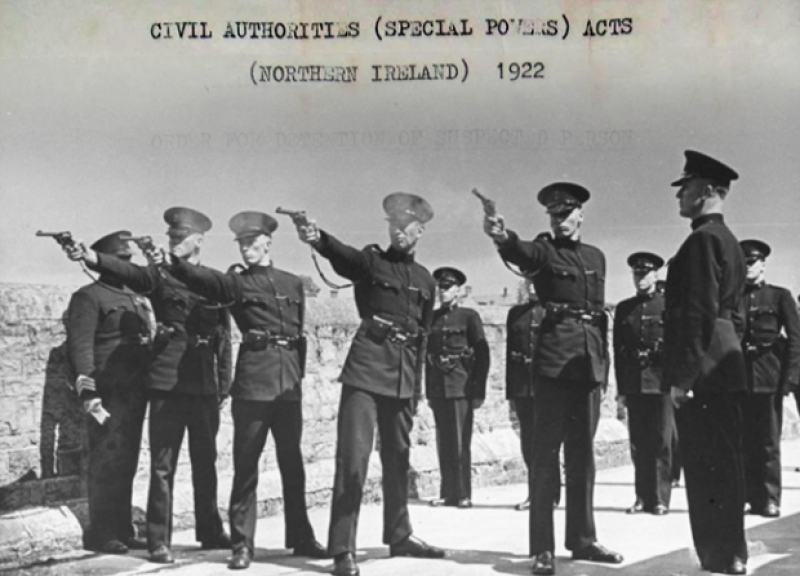 Political historian and author, Dr Eamonn Phoenix, made special mention of the 100th anniversary of the sectarian murders of four Catholic men in Desertmartin in May 1922, when he addressed ‘The Argenta Ship Project’ event held in The Burnavon, Cookstown on Saturday past.

The attack and the killings by Specials in Desertmartin in May 1922, has been described by ‘History Ireland’ magazine as one of the worst sectarian incidents orchestrated by the newly established unionist state.  The killings happened just days after the Special Powers Act came into force in April with the Unionist government using the Act to impose internment without trial, with 75 internees from County Derry being held on Argenta which was purchased by the Stormont government on 17 May, 1922. 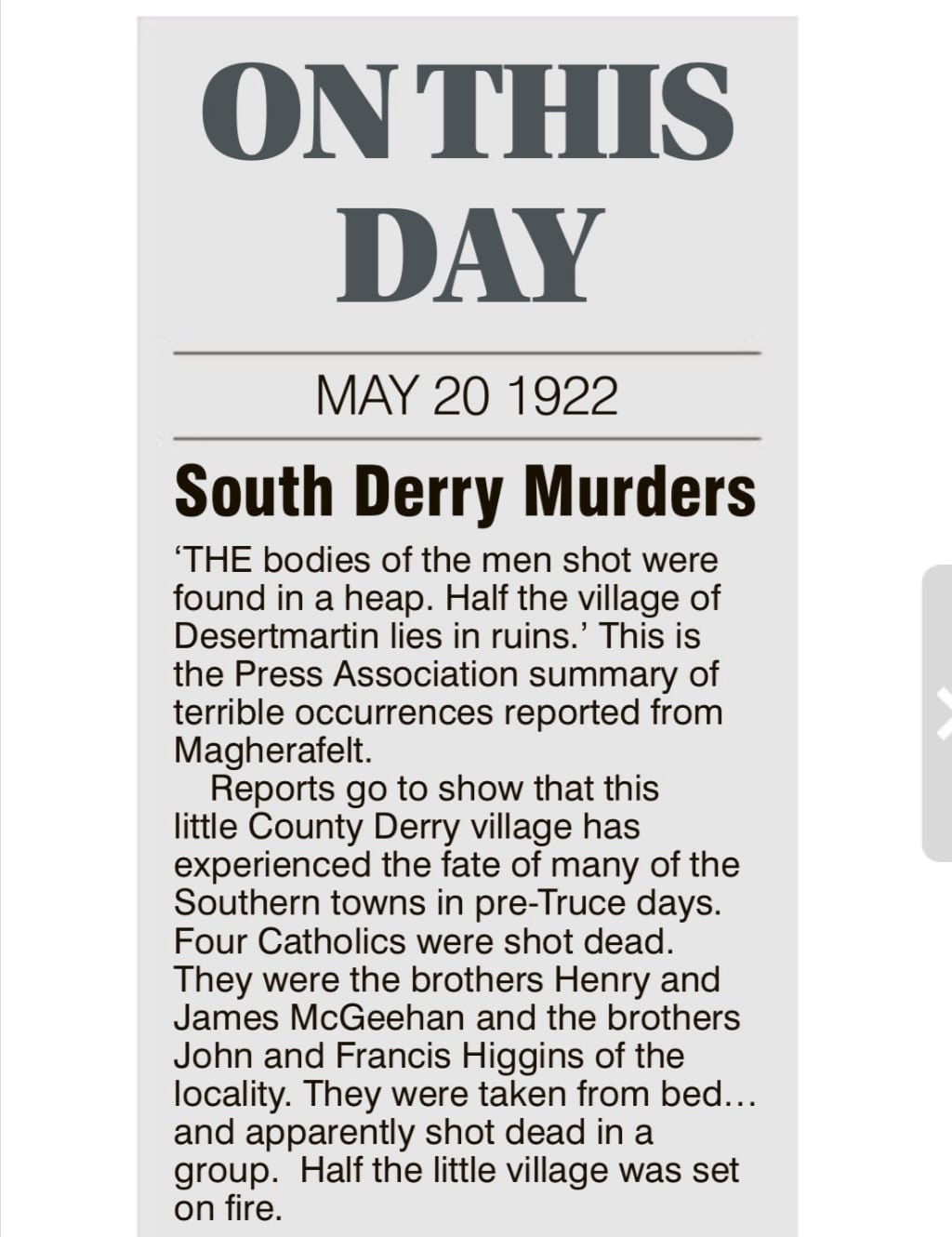 A recent article in ‘History Ireland’ stated “…Two Specials started a small fire in a large four-storey mill in the village; the plan was to take credit for having discovered it, put it out and place the blame on the mainly nationalist population of the village. The fire, however, got out of control and the mill was gutted. The Specials responsible for setting the fire claimed to have seen two men running away from the scene, and this was sufficient excuse for Specials from the area and from nearby Magherafelt to loot and burn Catholic-owned homes and shops in Desertmartin. Where it was not possible to burn a house, because of adjacent Protestant neighbours, furniture and possessions were throw into the street and became part of a bonfire. While this mayhem was going on in the village, a number of Specials, in uniform, went to the homes of the Catholic McGeehan and Higgins families, took two sets of brothers out to a lonely country lane, lined them up against a ditch and riddled them with bullets. The Sunday after this slaughter four hearses brought their remains to Coolcalm church in Desertmartin, where they were interred in a single grave. At the inquest into their deaths the police admitted that they were respectable men who had never previously come to their notice.

“Dominick Wilson, an IRA volunteer from Desertmartin, left the village when these killings took place. When he returned in July, four Specials called to his home at 2.00am and took him from his bed to a nearby railway track, where he was beaten to death. It appeared that all four Specials took turns at shooting his body.”

‘The Argenta Ship Project’ event at The Burnavon was part of the very successful ‘Decade of Centenaries’ programme which has been organised by Mid-Ulster Council.