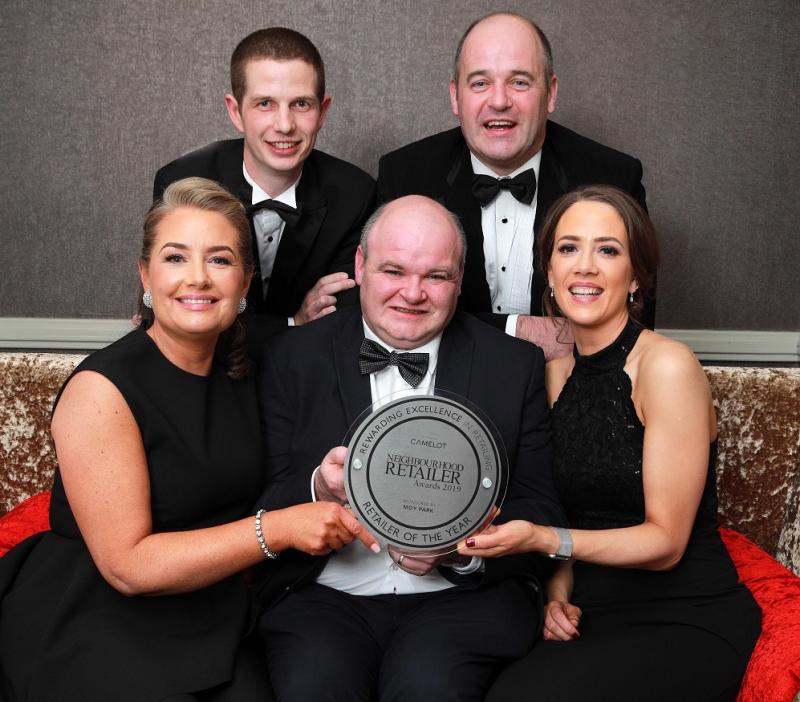 A Magherafelt supermarket has been crowned Retailer of the Year at a set of prestigious industry awards.
JC Stewarts took home the top prize at the 21st Neighbourhood Retailer Awards which took place in the Crowne Plaza Hotel, Belfast on Thursday, November 14.
Organised by the grocery trade magazine, Neighbourhood Retailer, the annual awards ceremony is one of the highlights on the local food and drink industry’s calendar.
The only independent awards for the grocery industry in Northern Ireland, the event is recognised as the benchmark for success across the trade.
The awards are independently judged by an expert panel of adjudicators and attract entries from across Northern Ireland’s diverse grocery industry.
The Chair of the judging panel, said JC Stewarts had been recognised as an innovative store, offering customers a huge choice of fresh and local produce but also for its commitment to supporting local causes and charitable endeavours.
Owners of JC Stewarts Pearce and Shaun Kelly, said they were thrilled to have picked up not just one but two of the evening’s most highly coveted awards.
“The team at JC Stewarts were over the moon to have won Neighbourhood Fresh Food Store of the year on the night and when we were announced winners of the final and most coveted award of the night we were absolutely thrilled!” said Pearce.
“It’s a huge honour to be named Neighbourhood Retailer of the Year and this is of course testament to the hard work of our
whole team and also the loyalty and dedication of our customers across the Mid-Ulster area.”
Paddy Doody, Sales and Marketing Director with the Henderson Group, congratulated JC’s on their win.
“JC Stewarts is one of ten retail stores in Mid Ulster owned by the Kelly brothers. It’s fantastic to see their team recognised for their contribution to the local retail sector and on behalf of the Henderson Group, I’d like to congratulate them once again on these fantastic wins.”