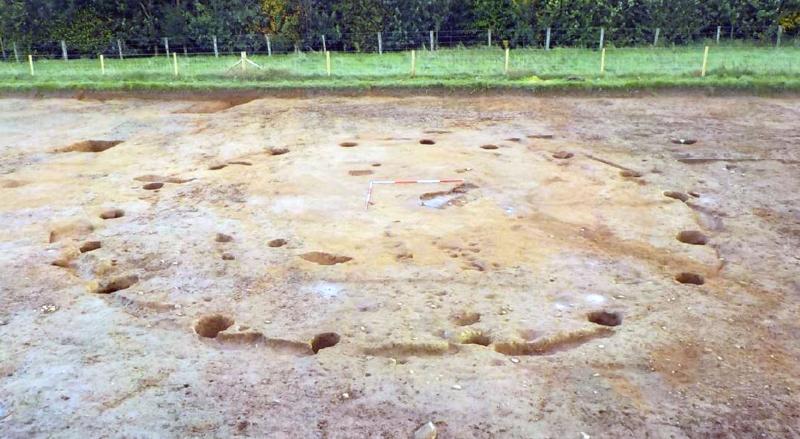 A BULLETIN concerning significant archaeological discoveries in the North in recent years has provided details of structures found in Dungiven, Claudy and near Derry City which date back thousands of years.
The first edition of the 'Unearthed' bulletin summarises local archaeological discoveries between 2015 and 2018.
The publication follows excavations and research by the Department of Communities' Historic Environment Division (HEC).
The HED provides expert advice to government departments, council planning offices, developers and the public with the aim of mitigating the impact of development upon archaeological sites, monuments and other areas of historic interest.
The HED have issued almost 800 archaeological excavation licences
since 2015, which have uncovered several ancient sites in Co Derry,
including evidence of structures built during the Neolithic period
(4000-2500BC) and the Bronze Age (2500-700BC).
This includes a rectangular house from the Neolithic period found at Turmeel townland, south of Dungiven, which was discovered during excavations ahead of the A6 upgrade. The house, which measured approximately 14m long and 7m wide, contained almost 1400 shards of Neolithic pottery.
Along with the development of metal tools, the Bronze Age (2500-700BC) saw a shift away from the construction of rectangular buildings to 'roundhouses' constructed using wooden stakes. An example of this was uncovered within a housing development at Ballynagalliagh, a townland north-west of Derry city.
The excavation found 90 post holes, half of which contained shards of
pottery. Some of these shards were identified as belonging to the
'Vase tradition' of Bronze Age pottery, which helped archaeologists to
estimate the date of site as being from around 2000-1500BC.
A Late Neolithic ritual site was also discovered during a quarry extension at Glenshane Road, Claudy. It consisted of a 'timber circle' of wooden stakes which dated back to around 2500BC.
It's believed that sites like this would have been the focus of elaborate rituals attended by large number of people.
A roundhouse, containing hearths and pits, was also discovered nearby, as was evidence of an 'isolated cremation burial.'
Iain Greenway, the Director of the HED, said that the division has to date provided advice on protecting the North's archaeological sites and monuments in over 12,000 cases.
“The Department’s work as a statutory planning consultee helps to ensure that the historic environment is preserved for futuregenerations to understand and enjoy, while its contribution to enhancing our towns, villages and countryside through sustainable
development and to our well-being and economic prosperity is
realised,” he said.
“These investigations have resulted in exciting and important new information about our past from evidence of the homesteads of some of the first prehistoric farming communities in Northern Ireland to the remains of our more recent industrial heritage.”