‘Protective gear like something out of a Lucky Bag, it is terrible' 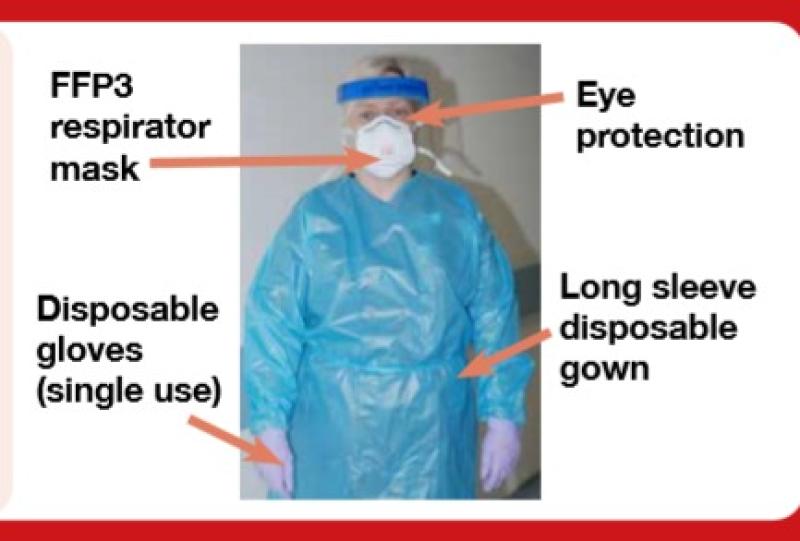 Carers in Derry remain concerned about the availability and quality of protective gear with one worker saying the visors provided are ‘like something out of a lucky bag’.

The situation has improved for community carers in the Western Trust area who received Personal Protective Equipment (PPE) in recent days.

However, PPE is still being rationed with workers given a week’s supply at a time.

A nurse working in a Derry care home said that following weeks of pleading with management workers have finally received PPE.

In one home hand sanitising gel is running low and a lack of communication from those running homes means that workers are often unaware if there has been a confirmed COVID-19 case or indeed an outbreak in the home.

That becomes particularly worrisome for staff when a resident returns from a hospital after receiving treatment where they may have been exposed to the virus.

Everyone had been asking for proper protective gear, she said, but had been told that masks were unnecessary.

Updated guidance from the NHS advises that care home workers within two metres of a resident with ‘possible or confirmed’ COVID-19 should wear gloves, an apron, a fluid-resistant surgical mask and eye/face protection.

Previously they had been told that PPE was unnecessary unless a patient was displaying symptoms.

One local healthcare worker told the Derry News that a week’s supply of PPE was handed out to carers at the end of last week.

It’s understood that carers working with vulnerable people in the community have been in negotiations with health trusts for weeks to get this equipment.

A carer said: “Every carer was given two pairs of goggles.  But I’m not happy with the visors, they’re like something out of a Lucky Bag, they’re terrible.”

Donated visors made by ‘people in Creggan’ are of a much higher standard, she added.

Meanwhile, People Before Profit Cllr Eamonn McCann said an explanation is needed as to why care workers going in and out of homes have been provided with ‘flimsy protective equipment’ which gives them no confidence of their own safety or, given the vulnerability of care home residents, the safety of those for whom they care.

“Nursing homes are regulated as health care facilities. The standards of hygiene and protective equipment in those facilities should be no less than in other health care settings.

“Care homes are officially regulated. The homes and the numbers of residents in them must be available to the Regulation and Quality Improvement Authority (RQIA) and to the Health and Social Care Trusts,” he added.