The residents in two local care homes were delighted to hear from the twins. 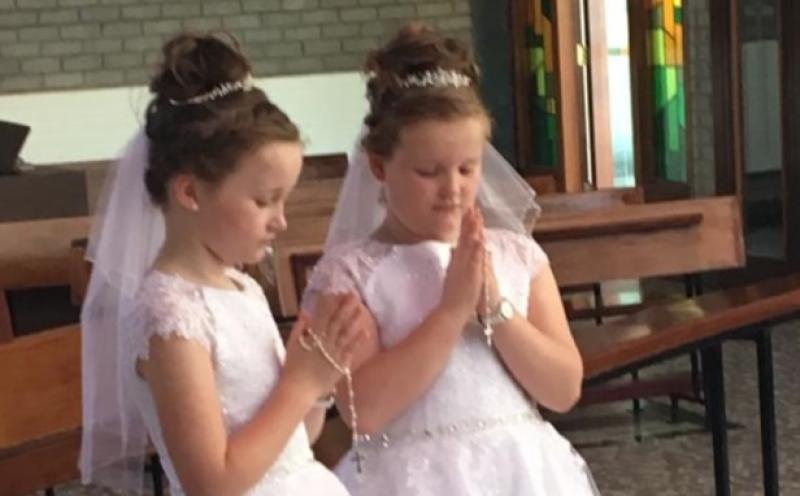 Two County Derry children have been using their time in lockdown to help brighten up the day of care home residents who have had their visitation greatly reduced.

9-year-old twins, Eva and Farrah Harkin, have been sending notes and pictures to the residents of two local care homes in order to bring some joy to residents who might be feeling lonely.

Their mum Paula told the County Derry Post: “We were sat doing our schoolwork and were talking about how awful it is not being able to see older relatives.

“My own mother is 84 and it’s awful not being able to see her, but at least those that have relatives can drive by or chat in the window to them.

“We then started talking about homes and the care workers and how brilliant a job they do. The girls suggested we draw a picture, write a wee note and send it to the care homes.

The Drumahoe schoolgirls decided to write to two homes; Longfield and Templemoyle in nearby Eglinton and the family were thrilled when one of the letters was shared on Facebook.

“She was over the moon,” said Paula.

“We addressed them, put the stamps on, the girls posted them and we thought no more of it.

“Then we happened to go on Facebook a couple of days later and saw that they had put it on to thank them. They’ll probably be flat out every day looking to do more or go round them all!” 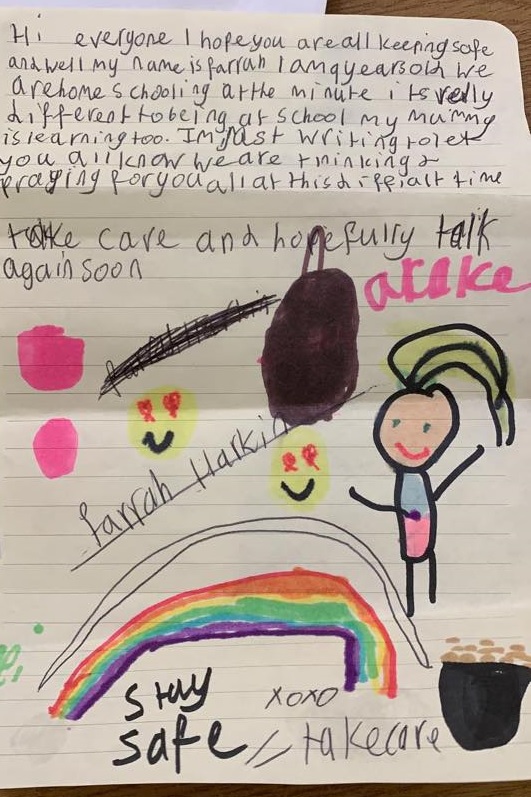 Paula says the kind-natured twins are now using a lot of their spare time to think of others and how they can help.

“When we’re praying before bed, they’ll remember people that don’t have anyone or those that are sick.

“Don’t get me wrong, - they’re no angels, but they’re very thoughtful!”