Cross-border collaboration on key issues including cost-of-living, infrastructure and connectivity, skills, and tourism were raised 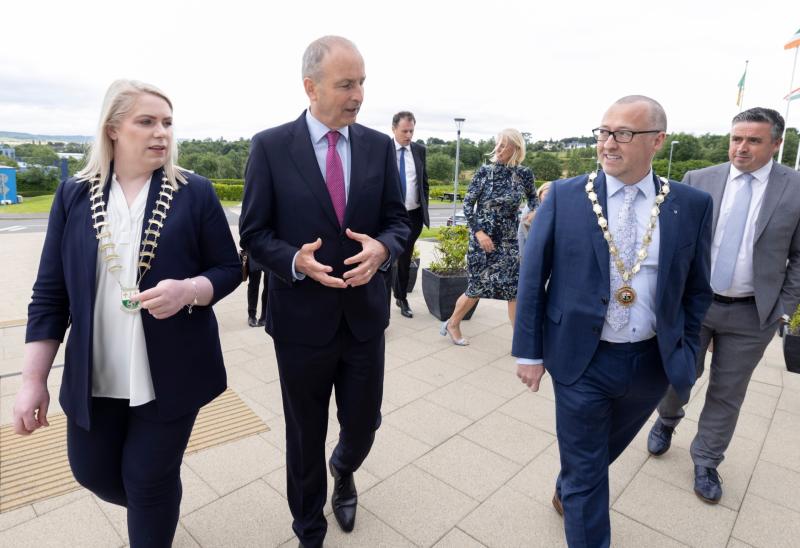 Representatives from the Derry and Letterkenny Chambers of Commerce met with An Taoiseach Micheál Martin during a visit to Letterkenny.

Members from the two Chambers, who signed a comprehensive memorandum of understanding in 2020 to jointly lobby and campaign on matters relating to the North West, received updates from the Taoiseach on issues as varied as the NI Protocol, the cost-of-living crisis, cross border worker taxation, tourism, infrastructure and connectivity, and his department’s Shared Island Initiative.

Businesses from the Derry Chamber also raised the lack of a functioning Executive and Assembly in Northern Ireland and urged the Irish Government to work constructively with local political parties and counterparts in the UK Government to facilitate a return to power sharing as soon as possible.

Letterkenny Chamber businesses urged the Taoiseach to address the housing crisis, to do more to support employees and families affected by the defective blocks scheme, and to ensure that the financial support is in place to enable Letterkenny and Donegal to live up to its growth ambitions.

Speaking after the meeting, Derry Chamber President Aidan O’Kane said, "We welcomed the opportunity to engage with An Taoiseach Micheál Martin this afternoon.

"This was a constructive meeting and a chance to raise long-standing demands in both Derry and Donegal for greater rail, road, and air connectivity with the rest of the island and other key economic markets, the Irish Government’s commitments to the expansion of Magee, and taxation of cross border workers.

Great to meet the @lkchamber and @Derry_Chamber to hear about all the work done together.

The North West has a really positive story of collaboration, trade and economic development.#SharedIsland pic.twitter.com/dQQLJU4aHn

“The cost-of-living and cost-of-doing-business crises are also common challenges for businesses on both sides of the border, and today’s engagement was a timely opportunity to highlight these pressures to the Taoiseach and urge his Government to do all that they can to help facilitate the return of the Executive.

"As we have seen to date, cross-border collaboration is key to addressing the challenges faced by our members while also working to maximise the economic potential of the North West region. We look forward to further close working over the coming months.” 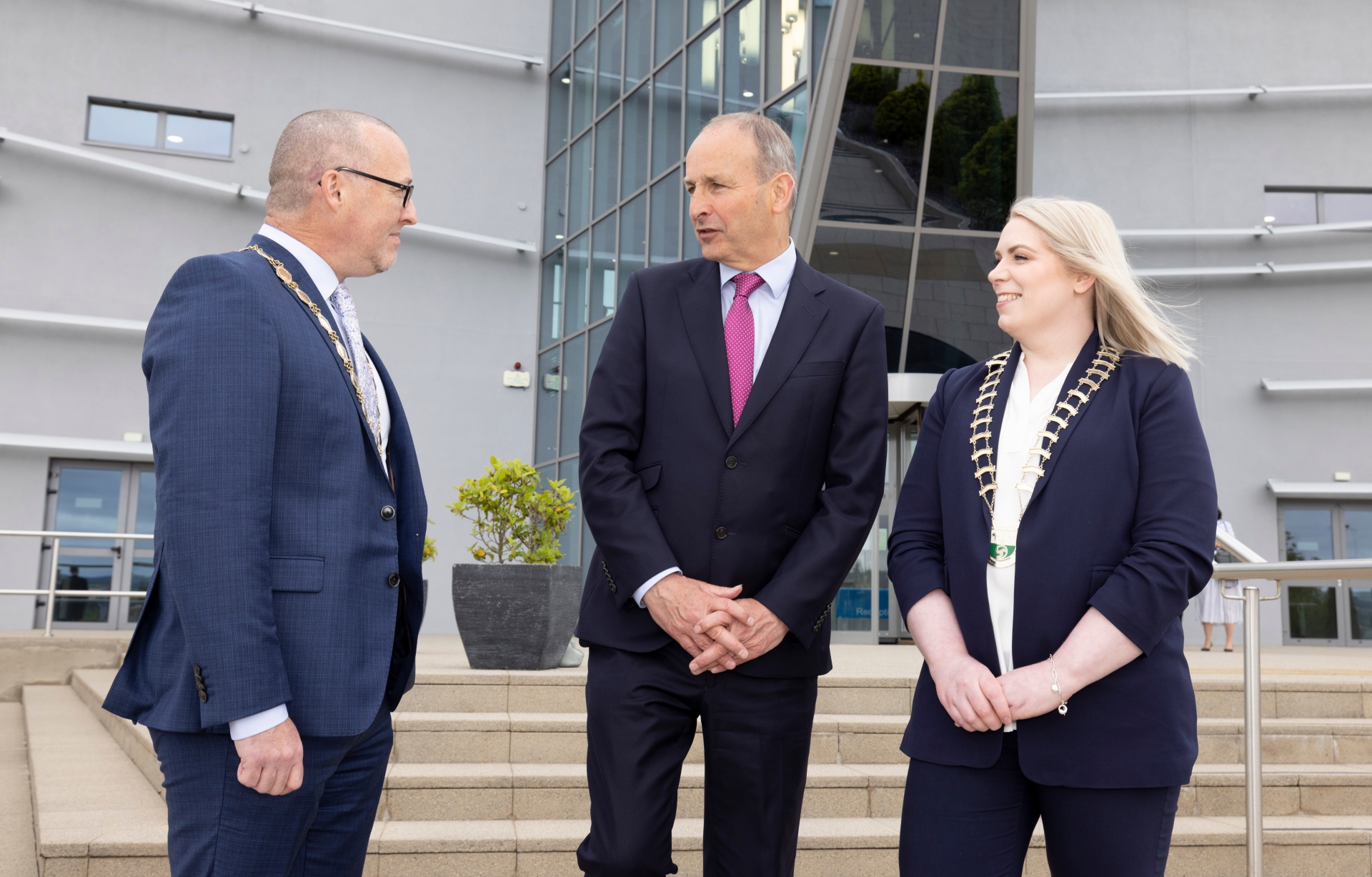 At the meeting, cross-border collaboration on key issues including cost-of-living, infrastructure and connectivity, skills, and tourism were raised

Letterkenny Chamber President Kristine Reynolds added, “This was a positive and timely engagement with the Taoiseach before the summer recess. It gave us a chance to outline the difficulties facing many businesses and households.

“Ahead of the Budget in September, we stressed to the Taoiseach the importance of regional balance in delivering for communities in the North West Region.

"Letterkenny Chamber is committed to playing its part in delivering on its ambitious growth targets with stakeholders across the county and region. Support for our members’ priorities in terms of infrastructure, connectivity, skills and education is crucial to helping us realise our full potential.

Was pleased to meet with Taoiseach @MichealMartinTD today to discuss the strategic priorities that must be delivered for the NW, including:

"We see the Shared Island Initiative as a substantial opportunity for continued cross border working and collaboration to deliver a prosperous North West City Region.”