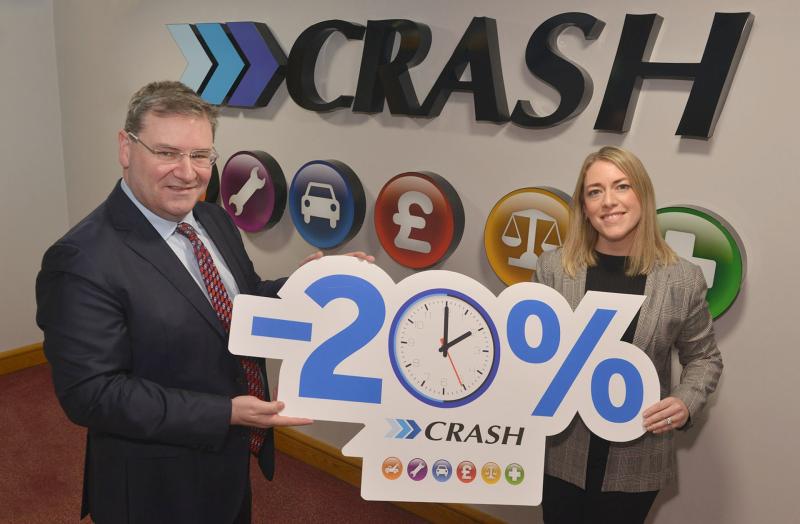 Jonathan McKeown, CEO and Michelle Murphy, HR & Operations Manager, of CRASH Service and JMK Solicitors have put the four-day week into place at both firms

A Derry-based legal firm is seeing the benefits of a four-day week after levels of productivity amongst staff rose and customer satisfaction increased.

CRASH Services and JMK Solicitors, both situated in the same location at Culmore Road, deal with accident management and personal injury claims respectively.

The two firms – who also operate from Belfast and Newry and are currently recruiting for new staff with JMK having recently set up in Derry – have been seeking to improve employee satisfaction at work while maintaining a high standard of service to the public.

A busman's holiday to Lanzarote in 2017 saw increased levels of productivity when staff spent a working month there in February of that year. This led to research and consultation amongst the staff as to what further longer-term measures could be taken to benefit both employee and employer.

The four-day week has been trialled in many other countries such as New Zealand and Iceland with both saying it produced great results both in terms of worker well-being and productivity.

JMK and CRASH duly put a four-day week into place early in 2020 and have not looked back.

Michelle Murphy, Head of Operations & HR at CRASH Services and JMK Solicitors, said: “A couple of things led to us making this decision. In 2018, we were kind of in a crossroads where we had nearly fifty per cent of our staff on flexible working contracts. But it was becoming increasingly difficult to balance everyone's needs on the five days that we had.

“We had to think of what we could do and we were open to doing something different. In 2017, we had a project where we took our team to Lanzarote for the month of February.

“We worked remotely over there doing the same tasks that we would do here. This was about health and well-being and giving something back to the employees. We afforded the team and their families the opportunity to go.

“We had a room in a conference facility in a hotel there so we were able to work while our families enjoyed the sun before we got the benefit of that in the afternoon.

“When we did that, we worked flexible hours and that, coupled with working remotely, we had one of the most productive months that the company has had in its history. 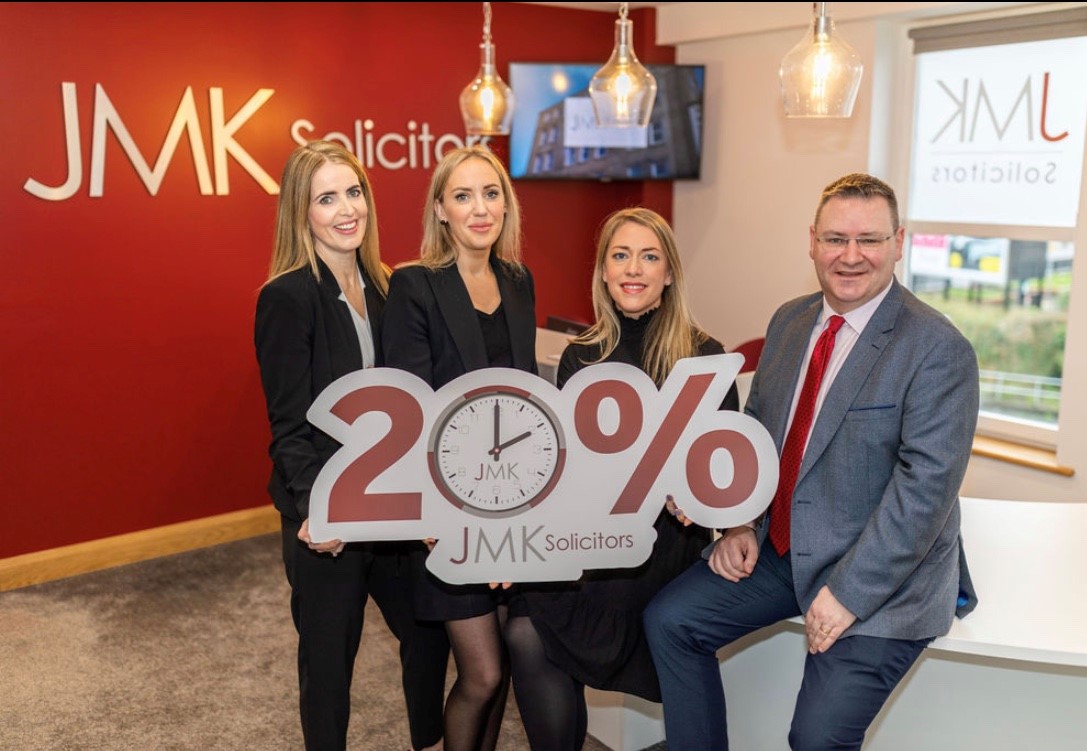 “After doing a bit of research around productivity and other companies in Scandinavia and New Zealand who work four-day weeks, the idea came up that we could do this ourselves.

“We took two years in planning and getting it off the ground before we implemented it in early 2020 just prior to the pandemic.

“In terms of productivity, we've been measuring key performance indicators and how we've been able to fit in what we previously did in a five-day week into four.

“One of our key performance indicators – customer recommendation – went up from ninety-five per cent to ninety-nine, which was surprising given that we were working less hours. But we were doing so with the same output.

“However, this move was all about the team – I think it's important to say that. We wanted to do something for our team which would benefit them, meet their needs, requirements and flexibility and would improve their work-life.

“We surveyed the team early in 2020 and found that happiness at work had increased by twenty-six per cent during the two years of us implementing the four-day week. I think around 94 per cent of our staff would say that they are very happy in their work.

“I think with the world that we're currently on and the pressures of being away from your family, there's no doubt that all of us felt that pressure.

“The team is inclusive enough to talk about the pressures of life and we knew that straightaway the majority of them felt that this would improve their life and health – and it obviously has.”

A popular misconception is that the four-day week brings with it a three-day weekend.

Michelle states that is not the case with a flexible structure being put in place where staff get one of the weekdays off with the idea being that the weekend can be enjoyed in full instead of one of Saturday or Sunday being used up for household chores and shopping.

She added: “We don't do a three-day weekend. There's one day off in the week – and not always a Monday or a Friday – with the standard weekend off.

“That was the choice of the team – they all wanted different days off. The key is though, that we all do thirty hours. Some of the team, for childcare reasons or any other reason, prefer to have a certain day of the week to have off so we do what we can to accommodate that.

“A lot of them say that they have that particular day off to get all their household jobs done or their weekly shopping done so that they can get to enjoy their weekend properly instead of setting aside Saturday or Sunday cleaning the house or shopping for their groceries.”

Opponents of the scheme usually cite the cost to the employer if they are having to pay 100 per cent of a week's wage for only 80 per cent of the working week's labour.

However, Michelle insists that this is a misinformed opinion but concedes that each individual firm may have to adapt to the four-day week in a different way to JMK and CRASH.

She continued: “In no way has moving to a four-day week cost us anything. The important thing to us was to maintain our service and that has been done.

“As I've already said, the statistics show that our level of service has improved. We're busier than we've ever been and we've more cases than we've ever had – which is fantastic. Profitability has been positive as well.

“The suggestions that moving from five to four days would be costly is misinformed. Of course you have to recognise that different types of sectors may have to find other ways for this to work – retail would have more challenges than the office sector.

“One thing I have said to every company that I've spoken to is that you have to be flexible. What works for JMK Solicitors might not work in your organisation. It is about finding more ways to be productive and being flexible enough.

“Our team are also so invested in making it work. They've been willing to make changes and find better ways of doing their work because the impact is monumental.

“It's probably made the team much more creative as well and much more collaborative because they've had to work together to make it happen.”