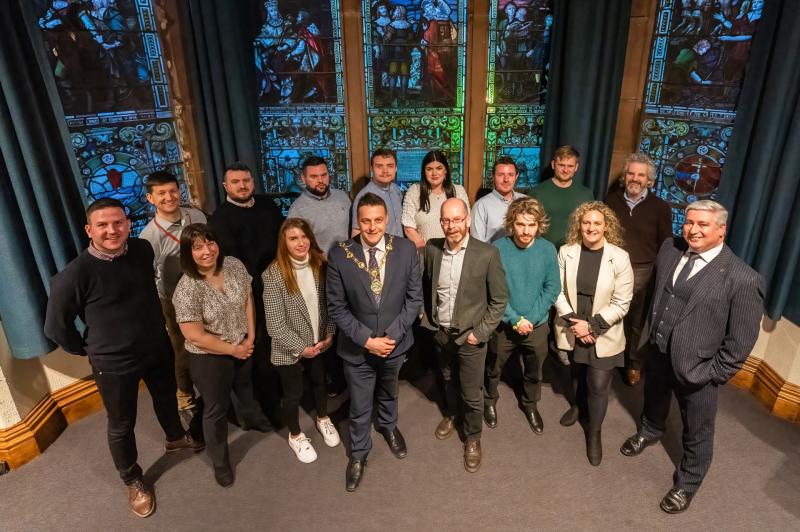 Mayor Graham Warke with Paul Nelis and the rest of the ChallengeCurve team. The consultancy firm are setting up base in Derry's Ebrington Square.

A Derry-exile who came back home with his business partners has said they were won over by the city's wow factor.

Paul Nelis, the co-founder and director of consultancy firm, ChallengeCurve, said both his fellow co-founder, Chris Bean and business advisor, Yann Gloaguen were blown away by the welcome that Derry had to offer.

So much so, that both were, like Paul, keen to move the business to the city – which is now based in the AMP Incubator at Ebrington.

Former St Columb's pupil and North West College student Paul, who is from the Creggan but has been living in London since the mid-1980s, said that ChallengeCurve has already employed 10 people from the city and are looking to add to their numbers in the summer.

He said: “I'm pleased to say that Chris, my business partner, and Yann, our business advisor, were blown away by Derry. They just couldn't believe how friendly and how supportive everyone was.

“Derry has a 'wow' factor. Chris and Yann got a guided tour of the Guildhall and then we walked across the Peace Bridge to visit Ebrington Square back in June. Some of the buildings were ready – some were not.

“I kind of took a back-seat and let Chris and Yann do the talking and ask the questions. They were both of a mind of 'wow – this great and the people are so friendly.... we will make this work'.

“I'm an exile so I've been living in England for 30 years. I left Derry in the mid-1980 – the place was literally a war zone when I was a teenager so I left to study Mathematics and Computer Science in London.

“I have family back in Derry so I always come back and forth every summer and Christmas time. I still have a great affinity with the place.

“Did he get to the sound barrier?” Judge Alan Mitchell asked of the businessman, who appeared at Buncrana District Court

“But because of Covid, remote-working has now become a standard business practice. Previously we would have had to conduct our work on the client's sites. Due to the pandemic, a realisation of 'hey if we're going to get our work done, we are going to have to support remote-working'.

“The current project we're working on for a banking client at the moment consists of 150 people working across 30 countries in Europe and the Middle East. That's what gave us the idea if we wanted to expand, as it's very expensive hiring people in London.

“Previously we have used contractors, people that we know in London on a day-rate. But it's always been our intention to grow our operation and I thought that we should go on a reconnaissance visit to Derry.

“Myself, Chris and Yann all went to Derry. It was a case of if Chris and I disagreed about setting up here, Yann would have the casting vote.

“We came to Derry, we met the Council – who were fantastic – who introduced us to the North West Regional College because we wanted to explore if Derry had the skills and talent that we could hire and is that talent on a conveyor belt. 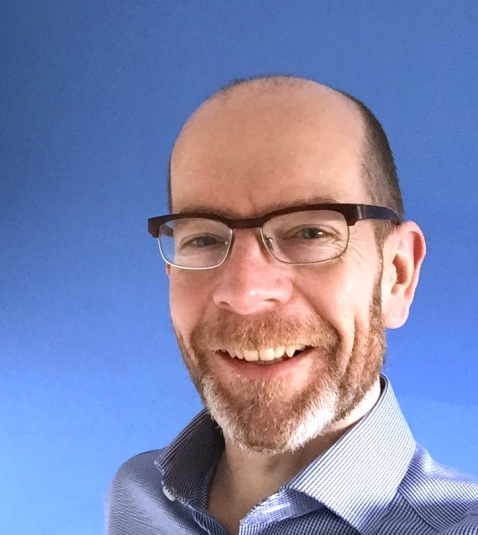 “I'm pleased to say that the North West Regional College were superb. We also met the Derry Chamber of Commerce. Since then, we have engaged with other local businesses and we're moving all of our operations so we've also engaged with a local legal firm and an HR firm. We've used a local photographer and we've also drunk in the pubs and eaten in the restaurants – so we've been spending quite a lot on the local economy.”

Initially the company drew their intake of software testers for their remote office from the Kickstart Your IT Software Fundamentals Programme which is delivered by North West Regional College in partnership with Council and the Department for the Economy.

ChallengeCurve delivered a pre-employment training programme and recruited all participants while the North West Regional College supported the company to identify candidates, supported the candidates and provided temporary office space.

Paul added: “We interviewed nine people – we had been initially thinking of hiring three or four. However, we couldn't differentiate from any of the nine we interviewed.

“We put them on a four-week induction programme – which they all got paid for – and they all did so well that we felt we've got to hire them all.

“It was a very emotional experience for me. We hired the roof-top bar at the City Hotel during that heatwave we had last summer. They didn't know that they had a job and didn't know if we were hiring one or two people.

“We announced that we were hiring them all because they had all done so fantastically well. We've also hired an office manager so that's ten people in total that we've taken on.

ChallengeCurve is a specialist software Quality Assurance and Testing consultancy based in London that was established in 2015 by Paul and Chris. Last year the company connected with Derry City & Strabane District Council and with the Council’s assistance set up a remote office in Derry to service their London and international based clients, including Nationwide, Prudential, Tandem Bank, Nomo Bank and NHS.

Paul continued: “What we do is, as an example, say if you do online banking, you would typically download a smartphone app. That's your user interface so you would hit buttons to make a payment or check your balance. It's sending a signal and it's been received by your bank.

“Your banking systems would be composed of 30, 40 or 50 separate components or services underneath the covers. Imagine the engine of a car – when you sit in that car, you can turn right or left or brake or speed up. You get a very simple user interface but underneath the covers of that engine, are very sophisticated pieces of machinery.

“So what we do, is we test the user interface. We test the smartphone application both on an iPhone and an Android and make sure its function works. When you hit the button to make a payment, underneath the covers, it is getting you the correct amount of money and transferring that to the recipient.

“The banking world these days is very complicated – there's lots of these integrated systems and we test all of those integrations. One of the key things is that UK banks are regulated by the Financial Conduct Authority (FCA) who have standards and regulations in place to ensure that the banks have platforms that are fit for purpose.

“If, for example, the bank systems were to crash and you couldn't get your money, you might incur interest charges because you couldn't pay a bill or a mortgage payment or pay salaries, the FCA would fine those organisations millions of pounds.

“There was a debacle a few years ago with TSB when they converted their platforms and people couldn't access their money. The CEO lost his job (as a result) with the TSB being fined tens of millions of pounds.

Of ChallengeCurve's investment, the Mayor of Derry City and Strabane District Council Alderman Graham Warke said he was delighted that a company of their calibre were recognising the benefits of locating here.

He said “This is a really good news story and something that will hopefully encourage other companies to consider when they see the added benefits of locating in our city and district.

“Our region is exceptionally well-placed as an investment hub and for companies like ChallengeCurve to do business in.

“We have a young, talented and educated workforce with good connectivity and competitive salary costs and a pro-business environment and I am delighted to see the success of the company’s establishment in our city.

“The financial and business technology is a key growth sector for Derry City and Strabane District Council and ChallengeCurve is joining a strong fintech ecosystem in the North West with major international players such as FinTrU, Alchemy, Fujitsu, Allstate NI, TCS, Optum and SIT.”