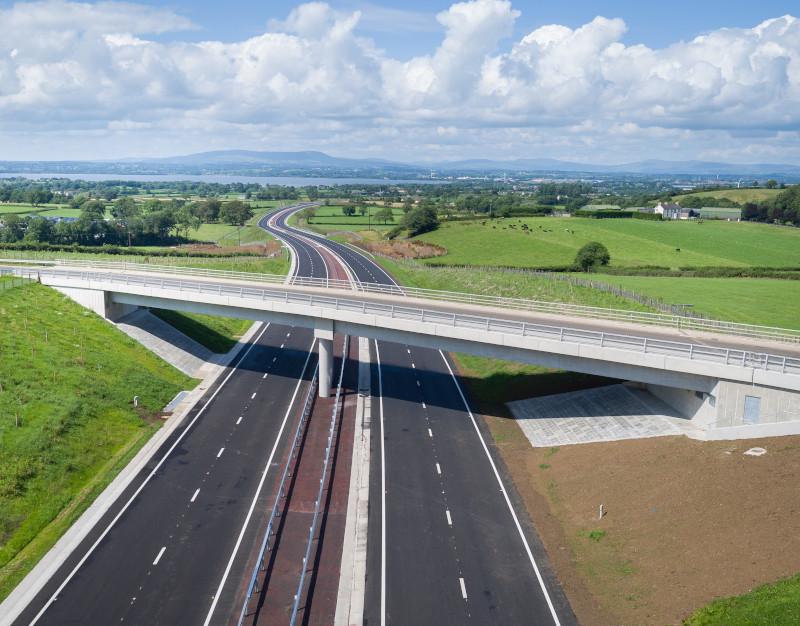 A section of the A6 Derry to Belfast road upgrade has received the top award of ‘Overall Winner’ at the prestigious Construction Excellence Awards 2021.

Organised by the Construction Employers Federation, the awards recognise excellence in the construction industry and celebrate key achievements for the sector.

The A6 dualling scheme was given the Overall award which is for a particularly exceptional project.  The project was also successful in the 'Transport and Utilities Infrastructure' category.

“Earlier this year I officially opened the scheme, which represented an investment of £189 million by my Department.  The A6, used by 22,000 vehicles each day, is a strategically important route, as it connects the North West to Belfast and beyond.

"The delivery of the scheme is already enhancing connectivity, contributing to the economic development of the area, improving road safety and bringing long-term benefits to road users and local communities.  A project of this size and significance requires partnership work- ing across a number of organisations.

"The job of constructing such a major piece of Infrastructure is no mean feat and two of our largest contractors, Graham Construction and Farrans, worked together in a Joint Venture along with our consultants AECOM, designers ARUP and Roughan & O’Donovan and many sub- contractors and suppliers to deliver this project.

“While I know that their main focus was delivering the scheme for the good of all our citizens, these awards are a further recognition of not only the excellence of their work but also of their dedication over a number of years. I congratulate my staff in the Department and all our partners across the public and private sectors for this wonderful achievement.”