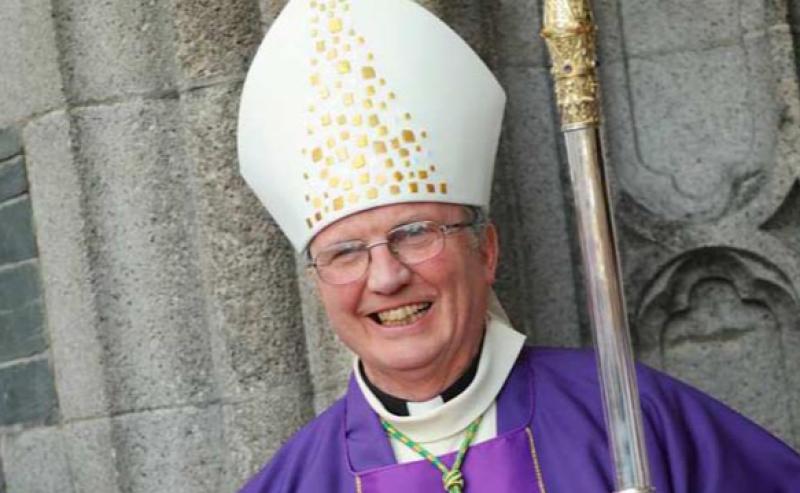 Bishop Donal McKeown: "I hope this is a blessed weekend when we can celebrate with tenderness those we have lost."

A cross in front of the altar at St Mary's Church in the Creggan took Bishop Donal McKeown, the Bishop of Derry, back to 1972 and three days after Bloody Sunday.

Back then, 50 years ago, with the city still raw with grief after the atrocity of the British army killing and wounding Derry people who had been marching for civil rights only to be mown down by State bullets, a crowd had gathered at St Mary's.

Bishop McKeown described to the congregation attending this year's annual Friday Mass at the same church, how he was one of many in that crowd on “that misty Wednesday” looking at the photographs of the dead that had been put up.

Fifty years later, the atmosphere more calmer but the memories still strong, the Bishop drew attention to the photographs that were on display in front of the altar now before reading the names of the fallen from that horrific day in 1972.

Silence is usually just that but the silence inside St Mary's Church was loud and clear – Derry would not forget and would never do so.

As the Bishop himself would state in his homily later on in the service, “There are others who want to let sleeping dogs lie and prefer not to grapple with uncomfortable truths that might disturb our comfort in the present.”

While those dogs continue to sleep, Derry – as it has every year, more so this weekend given the landmark anniversary – will continue to awaken those canines from their slumber and accept the truth of what really happened on Bloody Sunday.

With the names of the dead read out, the Bishop turned to reading out those who had been wounded.

It became apparent that not many who survived the British army's attempts to kill them were still with us as the Bishop read out “deceased” after the majority of names listed.

The respectful silence became more poignant as those family members who had died in the past 12 months had their names read out – a reminder that they, like the dead and wounded before them, would not live to see justice for Bloody Sunday.

As the reading from the Prophet Amos that followed said: “Hate evil, love good... Let justice flow like water”.

The Bishop of Derry delivered his homily, not in the form of a firebrand preacher from the pulpit, but with a calm assurance.

Yet while the delivery was solemn, the words were firmly pointed towards those who had failed the Bloody Sunday families by denying them the truth.

However, there was also a voice for forgiveness and compassion as the Bishop reminded us of the obstacles that society and progress faces if consumed with hate when saying, “Either we process the rubbish of the past and make it into life-giving compost – or it lies in the corner and benefits no-one.”

One example was the invitation extended to and accepted by Bishop Andrew Forster, the Anglican Bishop of Derry and Raphoe and his attendance had received warm applause from the congregation when Mass had begun earlier in the evening.

With the Lord's Prayer recited and Holy Communion taken, Bishop McKeown ended Mass with one final passage of hope and compassion.

“I hope it's been a time of prayer and a time of grace for you,” he said. “I hope this is a blessed weekend when we can celebrate with tenderness those we have lost.”

Read more: Bishop of Derry: Had the truth not been denied, "so many lives and so much pain could have been spared"