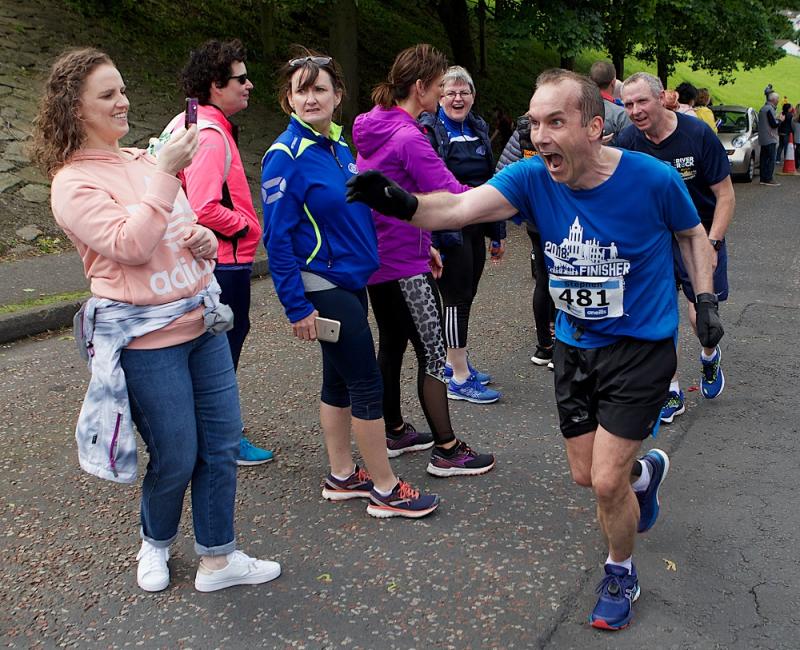 The popular 10-mile run around the city returns this Sunday.

The annual Derry Walled City 10 mile road race is now with 1300 plus set to take to the roads for an event which kick starts the local 2020 road race scene.
This Saturday, local runners will line up to participate in what has become a very popular and enjoyable event over recent years amongst runners of all types and experience.
Both defending champions Clonliffe Harrier David Flynn from Dublin and Springwell's North West native Ciara Toner, will front the line up which has a sprinkling of other genuine quality performers in the big field.
Last year's Walled City Marathon winner Natalie Hall of Armagh AC leads the female challenge to Toner and will be joined by among others, Gemma McDonald of Ballycastle Runners, 3rd last year, and the local Spartans trio, Gemma McGinty, Denise Ward and Jackie McMonagle. Jacqui Boyle also comes up from Dublin, the Derry native running with Tallaght AC, who won the inaugural Walled City Marathon in 2013.
Locals will also be prominent in the men's race with Foyle Valley duo Scott Rankin and Craig Simpson, the Spartans Emmett McGinty, Allan Bogle and Steven McAlary expected to feature up front. Willowfield Harrier Neil Weir returns after an impressive debut last year and Colum Gaile of Albertville Harriers is another with front running expectations.

Delight
Race Director Noel McMonagle expressed his delight at the big entry stating, "Our 10 miler is at an ideal time for runners preparing for spring Half and full Marathons and we are delighted that runners of all abilites signed up in huge numbers. We regret we had to cap the entry close to 1400 and would encourage those who missed the cut to get on board earlier next year."
He went on to reveal that due to ongoing works in the Ebrington site the course has been tweaked significantly in the early miles, using the Waterside Greenway rather than Limavady Road and could potentially be, weather permitting, more conducive to faster times!
Race HQ will once again be at the Foyle Arena on the Limavady Road adjacent to the start and finish location on the St Columbs Park running track.
Race pack collections are in the Arena today (Friday 6th March) from 1pm to 8pm and tomorrow (Saturday) between 8am and 9.30am.
Local and NW resident runners are asked to collect race packs today (Friday) to avoid congestion on race morning as a very significant number of entrants are from outside the greater NW.