MacD on Music: Make it easier ... with Clodagh May 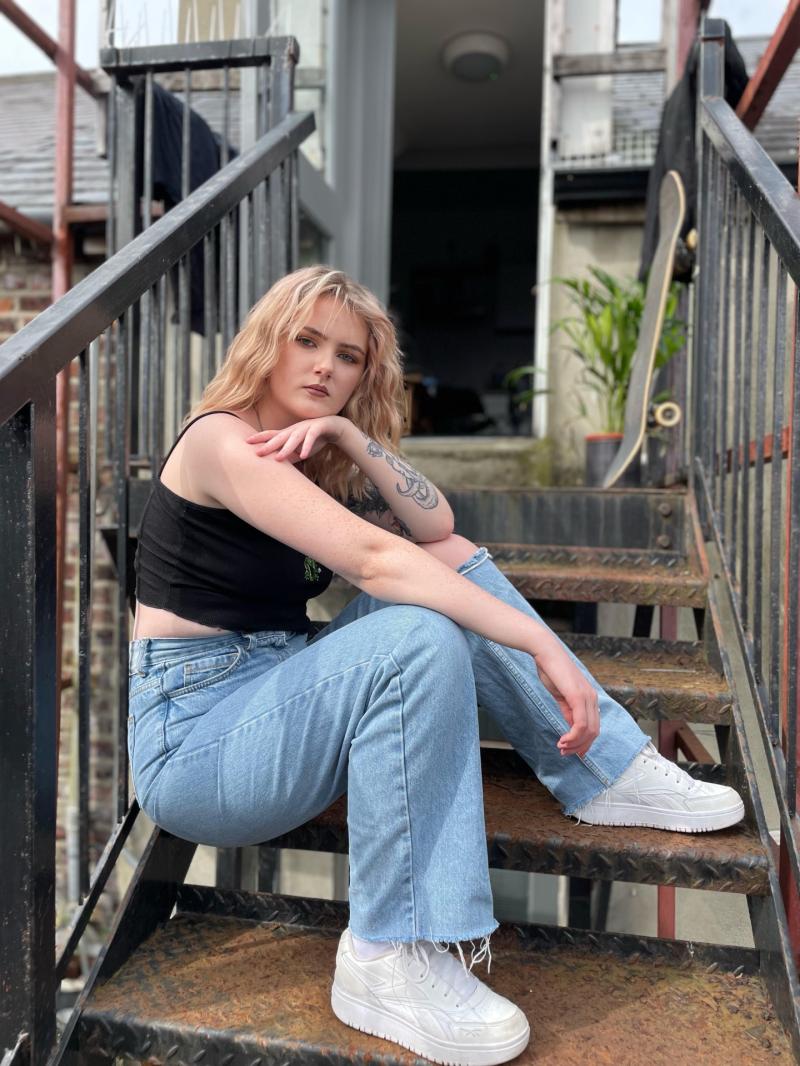 Derry is a town full of great, up and coming talent.

We’ve got the likes of Switch, Tramp, Tessio, and, the subject of this week’s column, Clodagh May.

Clodagh has just released her second single ‘Easier’ and when we met for this interview we discussed how the song came about, her lifelong passion for music, and what the future holds for her.

Clodagh May studied music in the North West Regional College, and clearly there was something in the water that year.
As well as herself, that particular year gave us Roe, Hannah Richardson (Cherym) and Dylan Bradley (Parker). It’s only in the past year or so, though, that Clodagh has begun to make her mark.

As some of you may remember, Clodagh and I first spoke in December, when I reviewed the Bennigan’s Open Mic Night.
Her first single followed not long after.

This was initially planned to be part of an EP, but, as she explained to me: “I had the songs recorded, but things happened and circumstances changed, and I didn’t love the product, so I decided, instead of releasing something that I don’t love, and that my heart isn’t in, I’ll just start from scratch, so that’s where I’m at now.

And I’m only new, I haven’t been doing this long”.

Talking about her new single, ‘Easier’, Clodagh tells me: “It’s kind of about ending a toxic relationship, but neither of you really want to end it, and you know that if you make the right decision you’re going to break the other person’s heart, so it’s about making that really difficult decision for the best.

“When I originally wrote it, it was written as a really sad version, on the piano, because, obviously, at the time, you’re heartbroken about it, but a couple of years later, now, moving on from that relationship, and realising it was so toxic, and the other person was actually a lot to blame too.

“So now it’s an angry version, so I’ve two versions. This one is the angry one, and hopefully I’ll release the softer one as well.”

Clodagh tells me that she’s got: “a couple of songs like that, as well, with the same sort of story behind it, where, as you move on, not only do you grow up, as a person, your music changes as well, and I kind of like that idea, so that’s where that’s coming from.

Speaking of the recording process, Clodagh tells me: “I did my two singles with Rocky O’Reilly, in Start Together Studios in Belfast.

“He was amazing, and I would go back to him in a heartbeat, but there’s also more local studios, I suppose, with the boys, working and stuff too, we’d probably have to go for someone local, and there’s plenty of them to choose from.

During our chat, Clodagh spoke about how her career as a musician came about: “I’ve always been singing, I’ve always tried to write songs, but nobody wants to hear them, from when I’m, like, thirteen.

“And then, I suppose, doing music as my education, from when I was about sixteen, taking it seriously and actually being, like, this could be a career, but as far as focusing on my original stuff, it’s probably only been in the last twelve to eighteen months that I’ve been taking myself seriously.”

Another thing Clodagh is excited about is the NI Music Prize.

She tells me: “The shortlist hasn’t been released yet, but ‘Say So’ is on the eligible list, which is very exciting, so I’m hoping that it gets shortlisted, and if it does, you all have to vote for me, because it’ll go to a public vote then, and there’s so many Derry musicians that are on the eligible list as well (shoutout to Cherym and Parker and Roe and all themmuns) so I don’t know who I’m going to vote for when it comes to it.”

Now, onto other business. Parker’s new single, ‘Problems’ is out today.

They play Sandino’s on the 22nd September. And that’s it for another week.

Hopefully by next week I’ll have my computer working again and I won’t have to type an entire article on my phone.

Clodagh May’s new single ‘Easier’ is out now. She can be found on Instagram @clodaghmay_official.