MacD on Music: Parker: A group to never miss 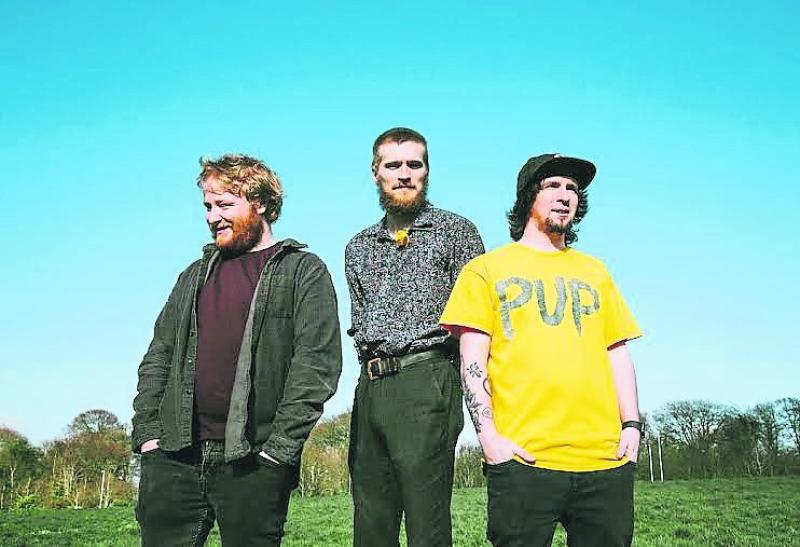 In last week’s column I wrote about some of the many great acts playing Stendhal later this month.

One such act was Parker, the brilliant band made up of Dylan Bradley on guitar and vocals, Eoghan Donegan on bass and Michael Brown on drums.

Forming just over a year ago, Parker have already made quite a name for themselves on the local scene and beyond, opening for artists such as General Fiasco and Wonk Unit.

In the last few months they’ve also recorded their first album, toured the UK and Ireland and, by the time you read this, will have released their debut single, ‘Never Miss.’

Talking to me a few months ago about their origins, Dylan told me: “We officially started at the start of this year (2021), during lockdown, just practicing, but me and Michael have been playing together in bands for years.

“Lost Avenue was our first band, then we were in a bad called Gas Hands, but they broke up in June 2020, so after that we had a bunch of songs and we started working on them as a two piece.”

After looking at several guitarists and bass players, Eoghan, who’d stood in for a tour with Lost Avenue, 'wanted to join the band, and I thought it was perfect.'

Describing their sound as 'pop-rock... chorus-melodic focused music,' say their music is 'much more poppier than we used to do (in previous bands, including Lost Avenue)' but 'rooted in punk.'

This week, I caught up with Dylan again to talk about what they’ve been doing since our last interview, as well as talking about the new single and what they’ve got lined up for the future.

What’s the band been up to since our interview at Christmas?

“We’ve been quite busy since then. Not long after our last interview we went to Badlands Studios to make a record, which is now finished.

“We played some shows around Ireland, we opened for New Pagans in Belfast, we got to open for Cherym, we made a music video and now we’re getting ready to release our debut single and play a bunch of shows around the UK and Ireland.”

Can you tell me about the making of your new single?

“As I mentioned before we recorded it in Badlands studios which was an incredible experience. Cahir O’Doherty produced the record and Allan McGreevy engineered it - it was amazing working with them because they’re two of the soundest guys around and on top of that they’ve both been in, and are currently in some of our favourite bands, so that was a real buzz.

“We all like a lot of the same bands and records too, so it all came together really naturally. They absolutely smashed it and I can’t wait for people to hear it.”

What have been some highlights of your career to date?

“We’ve not been going very long at all, we only started playing shows at the end of last summer, but some things that really stand out would be making that record, getting to open for bands like New Pagans, Cherym, General Fiasco and Wonk Unit, getting to tour the UK last year and our first show in Bennigans.

We’ve been really lucky so far, and to be honest every show we’ve done has been really good craic. When you’re playing in a band with your mates and you’re working with loads of really sound heads everything’s kind of a highlight.”

What have you got planned for your upcoming tour?

“So, we’ve got a bunch of shows this summer. We’re going to be doing Stendhal at the beginning of July, then we’re doing a couple of single launch shows (Derry July 8th, Belfast July 9th). Following that we’ll be doing a bunch of shows round Ireland, as well as some shows in London, Liverpool and Cardiff. It’s going to be a lot of fun! “

What other plans have you got for the future?

“After the summer we’re going to very likely put out our second single. We’re going on tour around the UK and Ireland again too in September/October. I think we’re going to keep playing lots of shows for the rest of 2022 because we really enjoy doing that. “

Any other local acts we should keep an eye on?

“Obviously everyone should be listening to New Pagans and Cherym and if you’re not you should start immediately. There’s loads of really cool bands about at the moment, a few ones that we have played with/are soon to be playing with would be Tramp, Ferals, Clodagh May, Waldorf and Cannon, Problem Patterns, Vacuity, Virgins...the list could go on and on!”