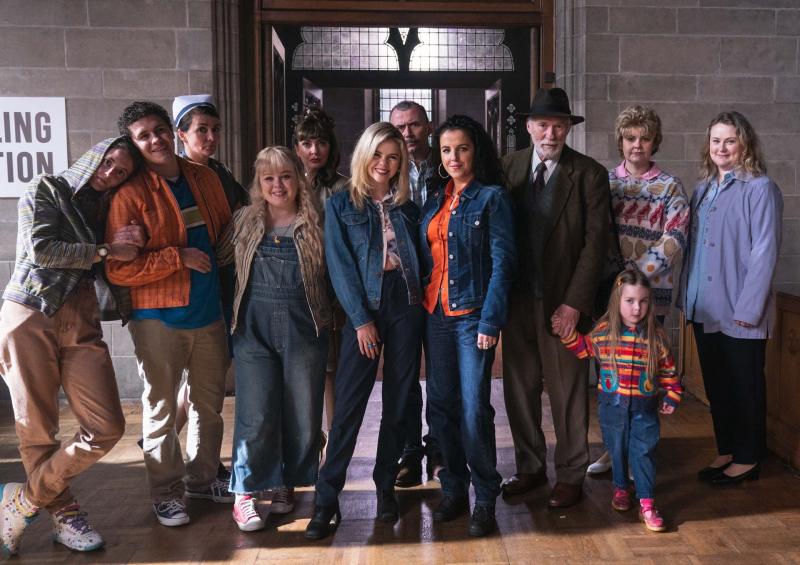 “Always leave them wanting more”, said American showman, P.T Barnum and as the credits rolled last night for the final episode of “Derry Girls”, Lisa McGee has done just that.

Final episodes of favourite comedy series are usually a mixed bag. Some are a clear indication of a show that's outstayed its welcome with their finest moments a long, distant memory (“Men Behaving Badly”, “Allo Allo”).

Others show that they have finally ran out of steam despite a number of classic episodes in the weeks that proceeded their respective finales (“Young Ones”, “Father Ted”, “Auf Wiedersehen Pet”). 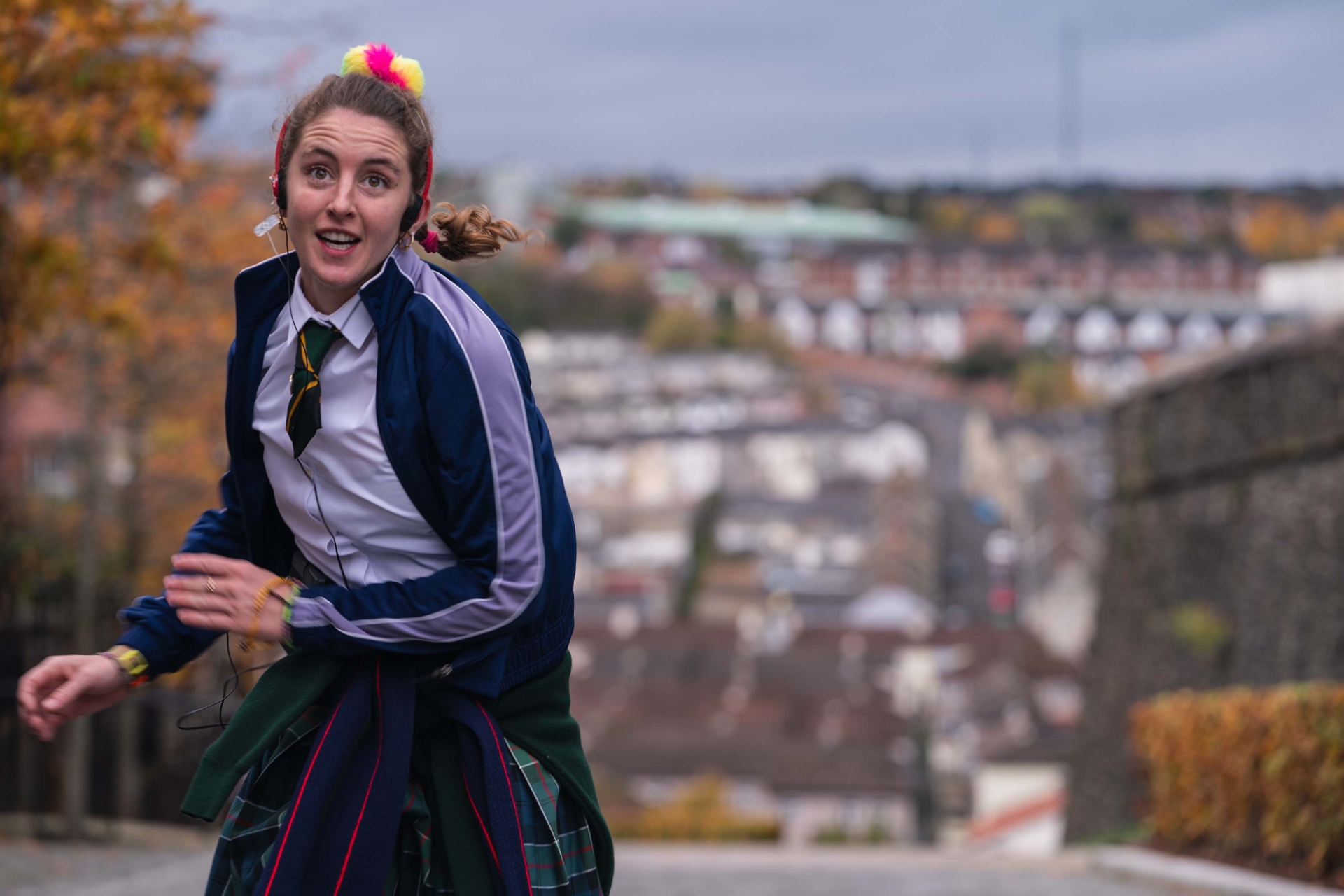 Orla, played by Louisa Harland, dances her way along the Derry Walls at the start of the final episode of "Derry Girls"

And then there are those who close on a barnstorming high with the public begging the writers for “just one more series”. Blackadder's final scene on the BBC is still talked about to this day while the mere mention of a Siberian Hamster has many chuckling away at Fawlty Towers' last installment.

Derry Girls firmly put itself into the 'barnstorming high' category last night. Irish literary great, Oscar Wilde, once said that “the art of being a good guest is knowing when to leave”. Lisa McGee did that alright as “Derry Girls” exited the stage on a high.

Set in the time when the North was getting ready to vote on The Good Friday Agreement (GFA), the girls – and that English fella – had turned 18 and already were being called upon to make a decision that would affect an entire nation.

It seemed apt that the GFA should be the main focus of the final storyline – especially when right now, politicians clinging to outdated dogma while being egged on by narcissists only interested in stroking their own egos on both radio and television are holding up the North's progress towards peace.

Comments on social media today put forward the line that a comedy show should not be educating people on the Good Friday Agreement.

Given the mess that a certain section of politicians and political commentators have made of doing just that so far, maybe they are the comedians and writers like McGee are the educators this island needs.

Yes humour is interwoven with what is a serious subject. But given what's gone on in Ireland over the last 100 years – the North especially, laughter has more than likely been the only thing that many have clung to in the hope of gaining some semblance of sanity.

Not to say that “Derry Girls” last night did not have its moments of poignancy. 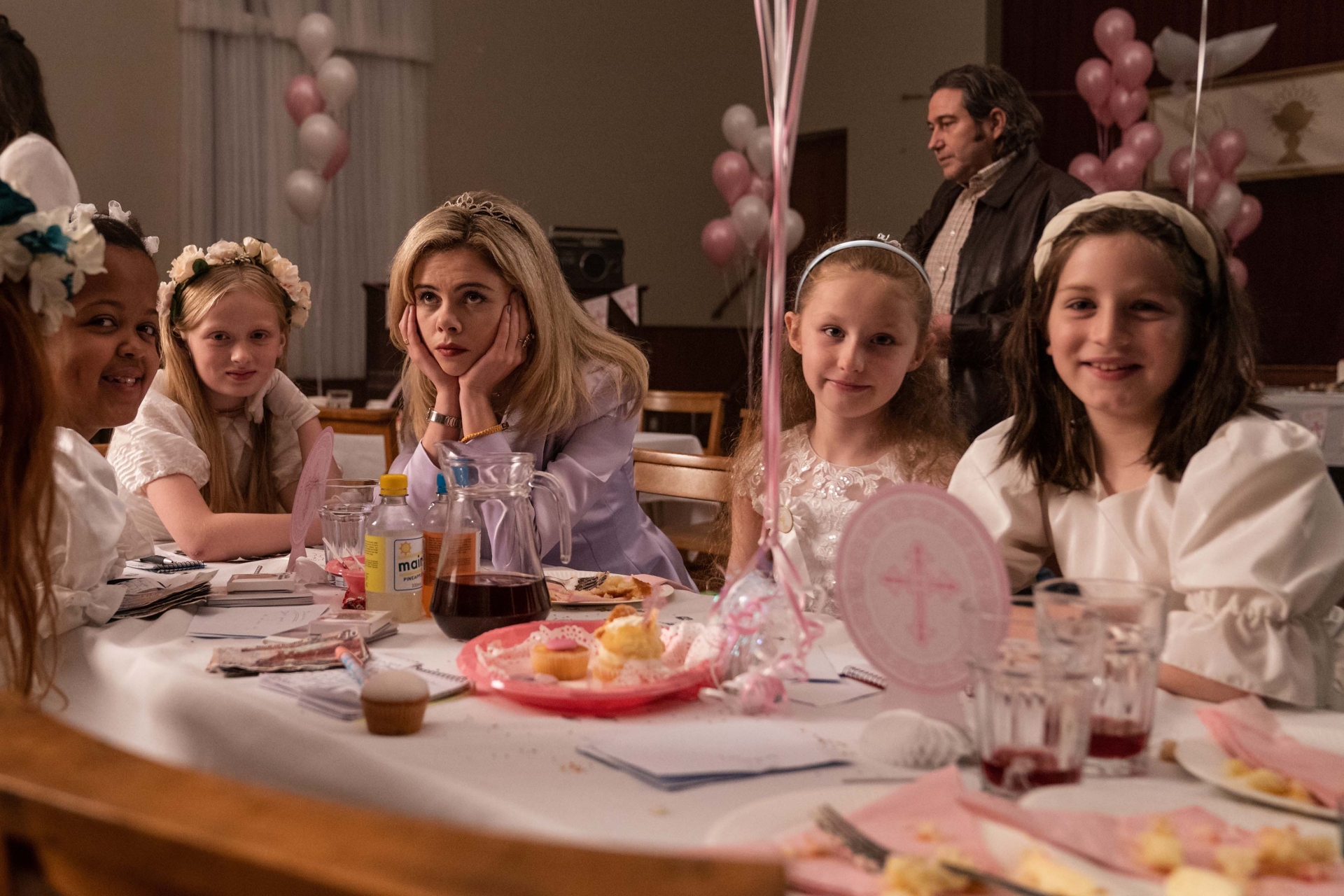 A depressed Erin, played by Saoirse-Monica Jackson, reflects on having to share her 18th birthday party with children celebrating their first communion

It was remarked that The Troubles backed many ordinary people – no matter what side of the fence they were on – into doing things that would in any other walk of life would be seen as unspeakable.

McGee captured that when the cocky, loud-mouthed, carefree Michelle (played by Jamie-Lee O'Donnell) opening up about her brother – a convicted paramilitary – who could be set free if people vote “Yes” to the GFA and how there was a mixture of love for him but shame as well for his part in The Troubles.

The next moment was Erin (played by Saoirse-Monica Jackson) asked her Grandpa Joe (played by Ian McElhinney) “what if we vote yes and it doesn't work?”

Joe succinctly tells his granddaughter: “What if it does? What if no one else has to die? What if all of this becomes a ghost story you'll tell your weans one day? A ghost story they'll hardly believe”.

A prominent Loyalist leader of the time, the late David Ervine, was asked in the run-up to the vote of how a win for “Yes” could 'restore normality'. Ervine replied: “A lot of us have never experienced normality”.

Erin's doubts capture that feeling because as an 18-year-old in 1998, all she had known was The Troubles. For many, voting “yes” was a step into the unknown because as horrendous as The Troubles were, it was all that they had known.

Finally, our characters are each pictured inside the voting booths as they weigh up their decisions which could bring a new era of prospective peace or to keep their homeland under the 30-year-old cloud it had been struggling to shake off.

The anxious looks on each of them show how monumental this moment was. Especially when the camera panned to Liam Neeson's RUC officer character.

Neeson's expression spoke a thousand words without him uttering a single line himself. The RUC officer he played would have spent years – decades even – putting away paramilitaries in jail. 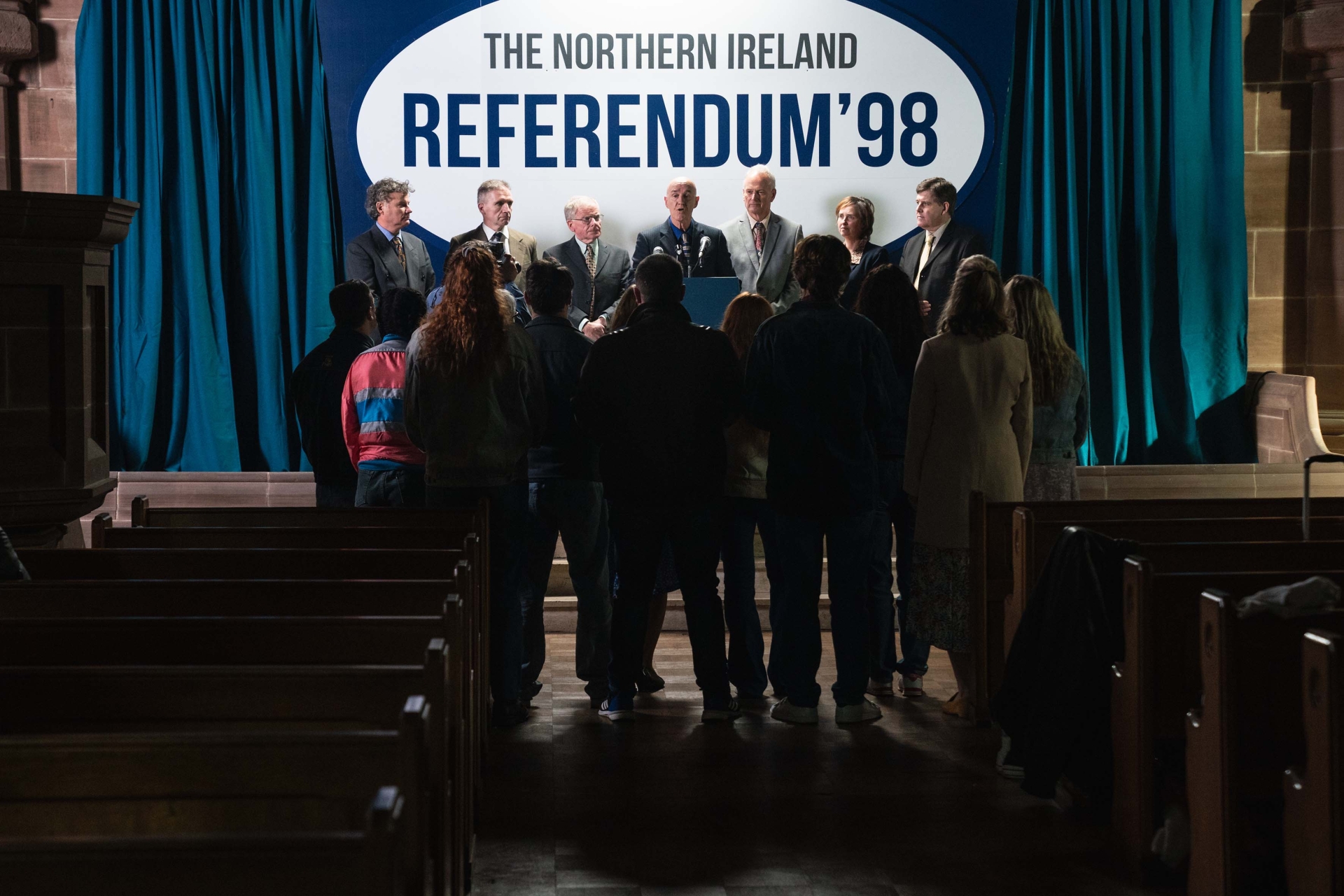 Now, he has to vote on whether or not that had been for nothing as a “yes” vote would see those he arrested walk the streets again. But his expression also shows the bigger prize on offer – peace. He duly makes his mark on the ballot paper.

It is fitting that this episode in particular was shown with politics in the North, yet again, stuck in the crossroads – a reminder that some in Stormont appear to have lost sight of that prize and what they risk by not seizing it.

As for “Derry Girls”, it is hoped that Lisa McGee will resist calls to revive it and bring out another series.

John Sullivan made that mistake by doing the same with “Only Fools & Horses” – the post-millennial comeback episodes were a pale shadow of the legendary comedy that had proceeded it with many wondering why he didn't just let the show lie when Del and Rodney became millionaires in what was meant to be their swan-song in 1996.

Lisa McGee, as P.T Barnum once suggested, has left us wanting more.

There can be no finer ending.