The school received enough donations to double their original plans.

A County Derry primary school has linked up with a local charity group to provide hampers to families in need this Christmas.

The school community at St Columb's PS, Cullion were asked to donate items towards hampers to be given to the 'Kindess of Strangers' charity in Magherafelt.

Although they started with an initial target of 10 hampers, the generosity of the community meant they were able to provide over double that.

“Every year we would normally do a charity appeal, where instead of presents for teachers and staff, parents would send in a donation which would go to a different charity each year,” she said.

“We decided, with the current circumstances, and parents maybe not having work, it wasn't fair to be asking for cash donations.

“I had contacted 'Kindness of Strangers' and they were appealing for hampers for local families, so I said we would undertake to try and sell ten.”

“We had given each class items to bring in; cereal, pasta, tins, stuff like that. We were just asking if parents could spare a couple of things to send in.

“We were completely blown away by the response. Parents were coming with bags and bags of stuff.” 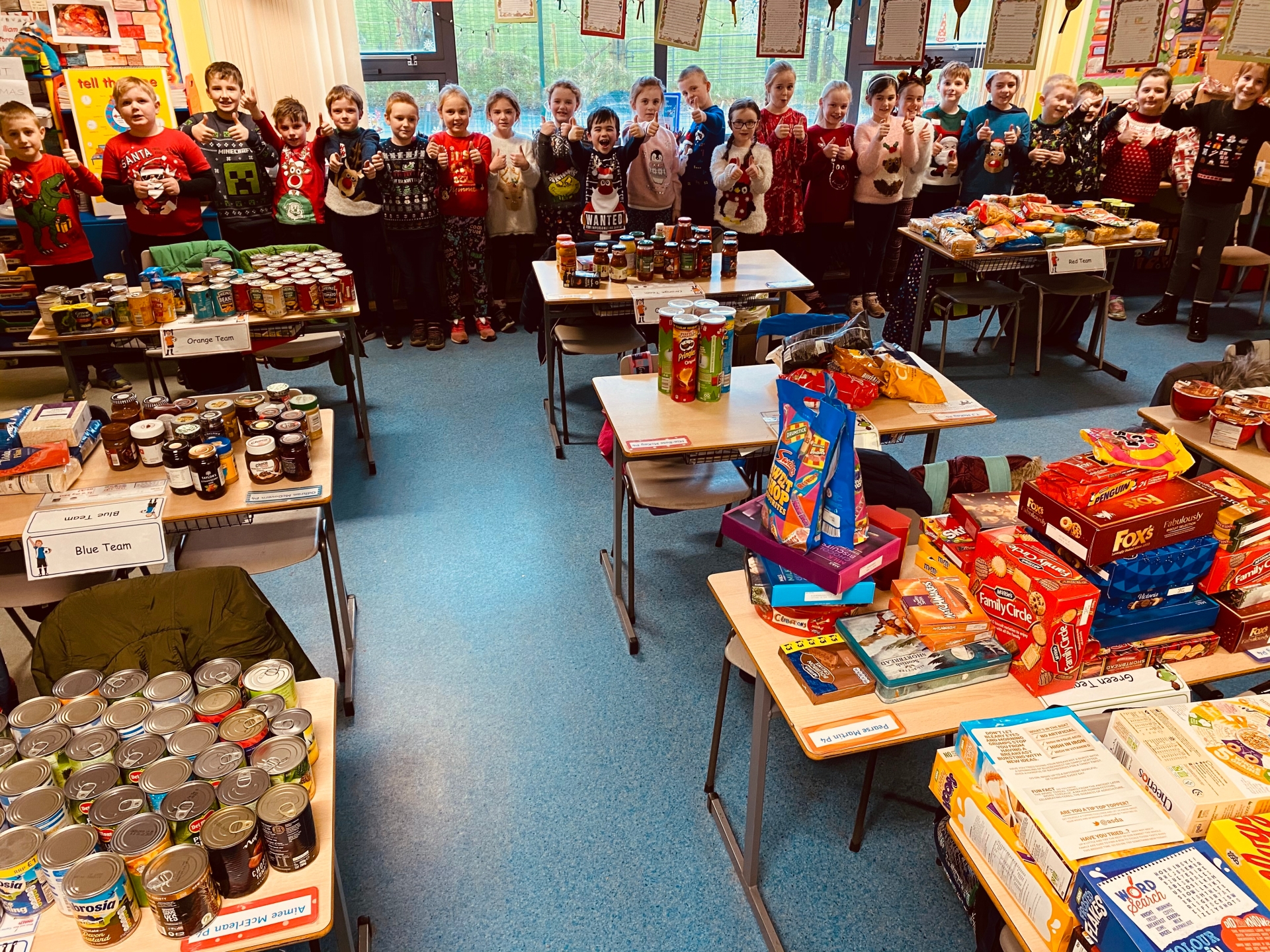 The proud pupils surveying their work.

As well as organising and decorating the hampers, the pupils were able to provide a personal touch.

“The children made wee cards to put in the hampers as well for the families that were receiving them. They didn't put names on it – just a wee message,” said Danielle.

“As the donations were coming in, we were sorting them into categories. We took all day Monday and put everything together to make up 21 hampers.

“The pupils took such pride in it. They took responsibility for it all and were as proud as punch. The maturity they showed undertaking the task was fantastic.

“They did all the organising and sorting of what was needed. They made sure if a bag of crisps went into one, there was something equal that would go into another hamper.

“They've all been talking about the fact they were able to help other families that maybe aren't as lucky as them at Christmas, so it was nice to get that across as well.”