Derry motorists at the centre of cut-price fuel traffic chaos

Some lucky motorists got fuel for 24.7 cent a litre - but many got stuck in gridlock

Hundreds of Derry motorists were caught up in a cut-price fuel promotion offer that led to traffic gridlock for around an hour in Donegal's busiest town today.

Fuel retail giant Applegreen laid on a number of special offers to mark it's 24/7 birthday - the most eye-grabbing being the slashing of petrol and diesel prices to just 24.7 cent a litre (about one fifth of the normal price).

The company's Letterkenny outlet was one of a select number of locations chosen - but traffic chaos followed. This video shows the scene in Letterkenny shortly AFTER the garage had shut its gates to prevent more cars coming in.

This afternoon it was announced that the Letterkenny outlet would sell the fuel at the knock-down price between 3.00 pm and 4.00 pm. Unsuspecting Derry motorists - many of them on their way to popular Donegal holiday hot-spots - suddenly found themselves in the middle of traffic snarl-up. 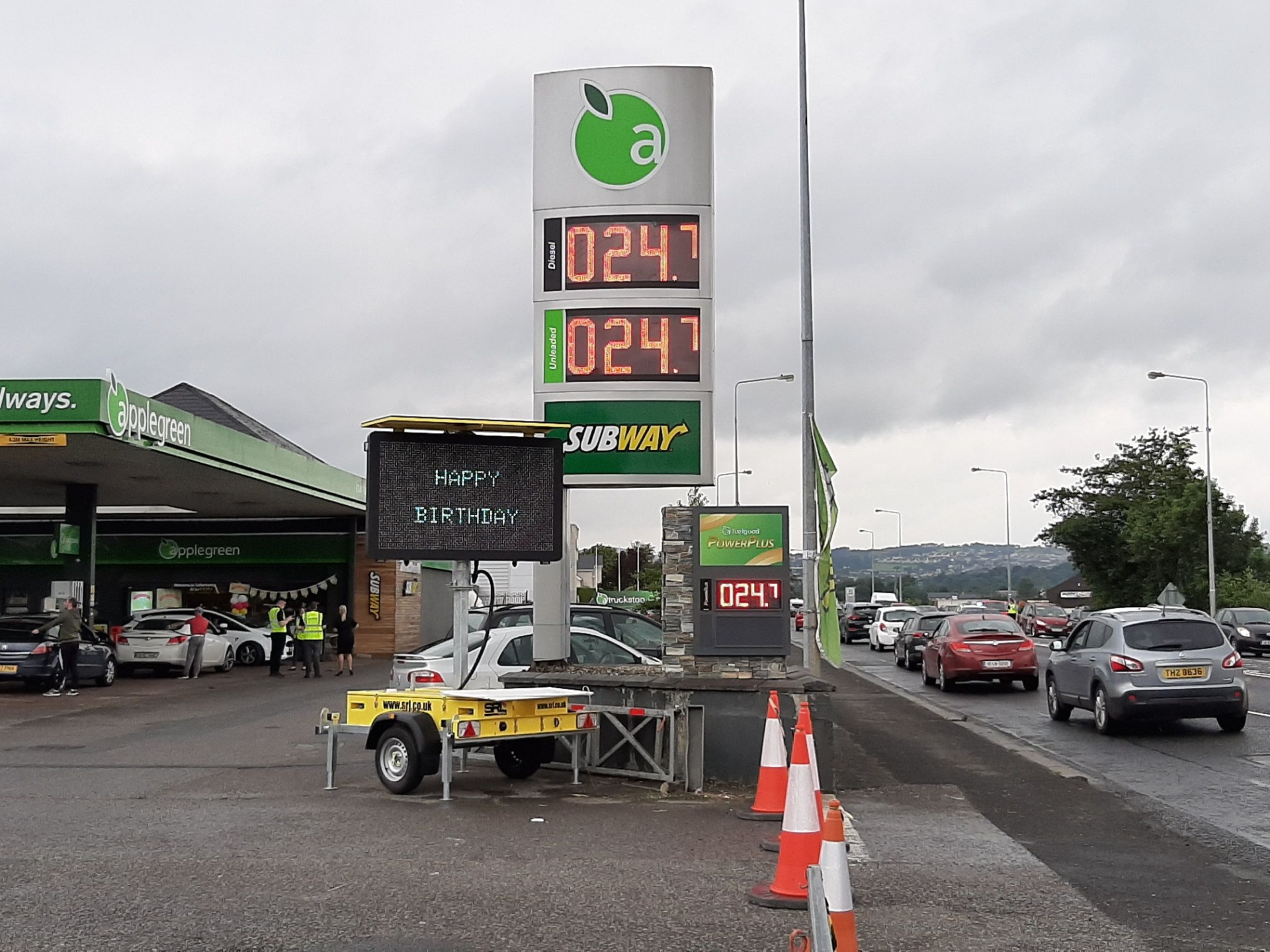 But by 3.15 pm traffic around the Applegreen premises (near the Dry Arch Roundabout) was grinding to a halt on the busy main road into the town from Derry and Ballybofey.

Many motorists flocked to the forecourt to fill their tanks.

Traffic in the area came to a standstill - and by 3.40 pm tailbacks of up well over 2km were being reported on the dual carriageway and Ballybofey road.

Gardai arrived at the scene and quickly did their best to try and get traffic flowing. 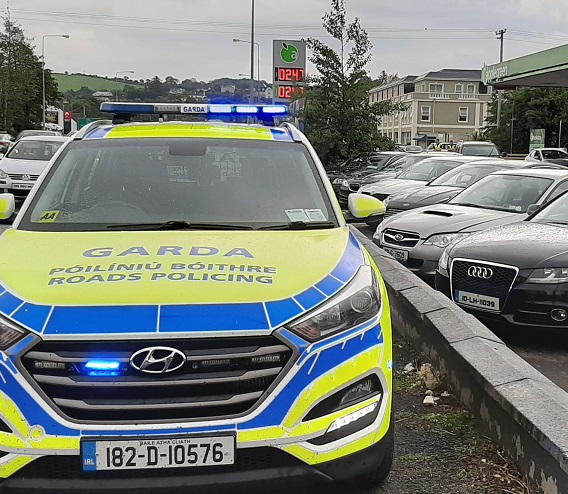 The Applegreen petrol station closed its gates at around 3.50 pm - with a large number of cars queuing both inside and outside its premises.

By 4.00 pm the already heavy Friday evening traffic was beginning to flow again.

The publicity stunt certainly paid off for Applegreen - but it seriously inconvenienced many motorists. 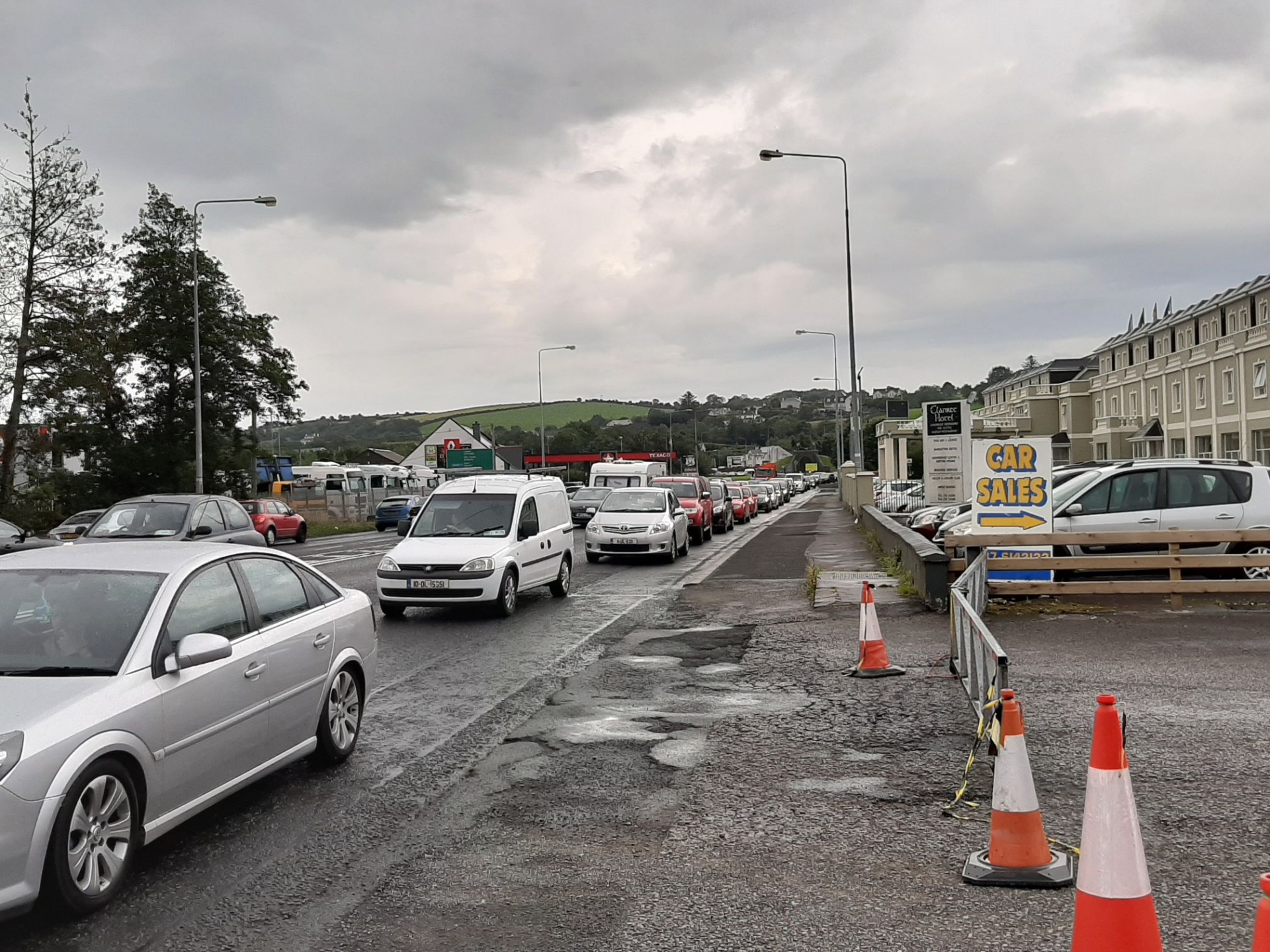 The location of the cut-price fuel stations was largely kept a secret until just before 3.00 pm.

Prior to the announcement, Chief Operating Officer of Applegreen, Joe Barrett had told one the Irish Mirror: “We’ll be announcing exact details of where and when the sales are happening on Friday on our social platforms, so customers must be ready to jump on it.

“Participating locations are spread right around Ireland and each outlet will have one hour to sell as much fuel as possible so we’re expecting a few traffic jams and a lot of very happy customers!"

Reaction on social media has not been too positive. It appears the chaos experiencing in Letterkenny was replicated around the country judging by their Facebook page.

Here's just a few of the good and bad comments:

- Why can't you just have the same offer, at the same time, in all garages. Instead of people driving out of their way, adding to the traffic and increasing pollution and carbon footprint

- It's a joke. Every site should start the deal once the night shift finishes and not have people piss acting around driving from site to site.

- The staff were doing their best but certain people just took over, blocking people in, jumping over the walls with gallon drums to fill up, reckless. Very little movement thanks to some very rude, ignorant people.

- My brother was waiting in line for over 40 minutes got to the pump about to fill up and was turned away. The offer wasn't over for another 20 mins

- No organisation by your company to direct the heavy volume of traffic,

- People jumping out of cars with containers before the cars in line even had a change to fill and nothing being said to then absolute joke. I will no longer be shopping in your store and also letting others know of my experience

There were also a few positive comments

- Some people are NEVER happy, can't do right from wrong. Shut up complaining and let them do their promotions.Fair play to who gets it, would love to be ya.

- Well done Applegreen, why don’t the begrudgers just stay off the page. Ye are doing fantastic work with your competitions and deals in store. Well done again guys. 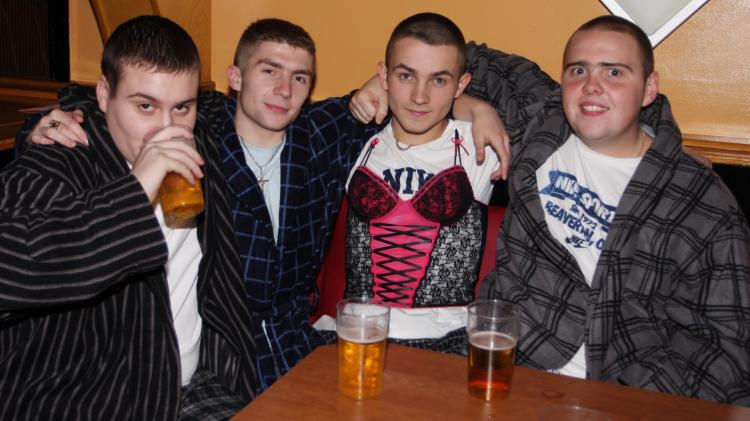