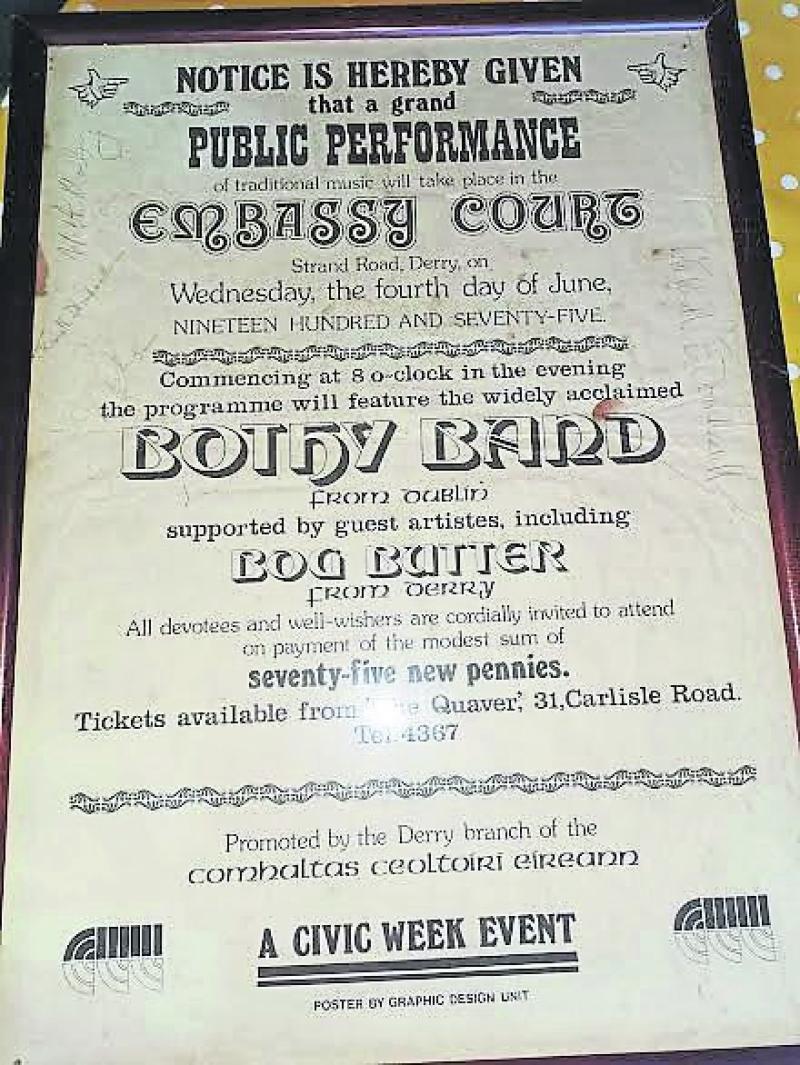 The poster advertising the Bothy Band's gig in The Embassy.

In May 1975, I had just returned to Derry from a 15 months sojourn in Cork city, working with the Simon Community there.

Back from tough days and nights spent alongside men and women living on the streets, drinking heavy, drugtaking, too, but not cocaine nor heroin as far as we knew, men and women who could often be described as ,characters,' their lives rocked and tumbled by addiction.

At 23, I had little real insight as to what drove these good people. Our job was to give them some sort of shelter, bring some kindness into their lives.

Back in Derry, I picked up where I had left off in terms of social life- lured back into the seductive arms of the Gweedore Bar, a relatively safe harbour in the midst of the viciousness of the 'Troubles.'

The narrow confines of both the public bar and the lounge flung us together holding tight to our pints while outside houses were raided, people of all ages were stopped and searched, sometimes threatened, sometimes humiliated, riots raged, bombs exploded, shootings and killings happened.

We were a couple of years on from the community traumas of Bloody Sunday and Bloody Friday. There had been nearly 1,200 'Troubles' deaths in those few years from January 1972.

At that turbulent time, the Gweedore Bar was managed by the sage Michael Cunningham and staffed by Michael, his brother -in -law Danny Bryce and the two Downeys, Liam and Brian.

Pints were a ridiculous 22p and the Guinness was good. One older customer, younger than I am now, told me: “There’s no such thing as bad Guinness- there’s just good stuff and better stuff.” We drank to that. And every so often music, especially traditional music and song would brighten up the night.

Late in 1974, the Provos had announced what became an on-off ceasefire. Unbeknownst to most of us, secret talks were unfolding. But the violence continued.

And sometime in that new year of 1975, the city fathers and mothers led by the irrepressible Kevin McCaul came up with the bold idea of programming a Civic Week, a week that might give us all some much needed distraction from the bloodiness of the Troubles. —

There would be a whole host of activities rooted in the different neighbourhoods in the city : A version of the then popular TV programme 'It’s a Knock Out' would culminate in the Guildhall Square, football tournaments and friendly matches were envisaged, Seamus Heaney and Seamus Deane would be reading in the Embassy, a Phil Coulter-branded talent competition, a Miss Civic Week competition (won by Maureen Temple soon to become Maureen Hetherington-first prize £50 cheque), a Civic Week carnival procession, with floats from all arts and parts of the city.

Comhaltas, led by the late Paddy Rice, threw their hats into the ring, too, and booked the exciting brand new traditional music outfit The Bothy Band to come play in the Embassy Ballroom on June 4. Tickets were a mighty 75 pence.

Michael Cunningham had the virtuoso button accordion player Joe Burke booked for the same night in the Gweedore. After some tunes in the pub, both Joe and Michael made their way to the Embassy after a request came in from Paddy Rice – “ Would Joe play a few tunes in the Embassy and give the support band Bog Butter a wee break.”

There was still no sign of the Bothy Band. Joe himself was keen to meet up with that finest of flute players, Matt Molloy, who he had never met until this point, so off himself and Michael dandered.

The Bothy Band duly arrived, the night took off wonderfully and then after the very last encore there was the inevitable question: “Would there be a drink to be had anywhere in town at that time of night?”... this in an era long before our current late late night openings. 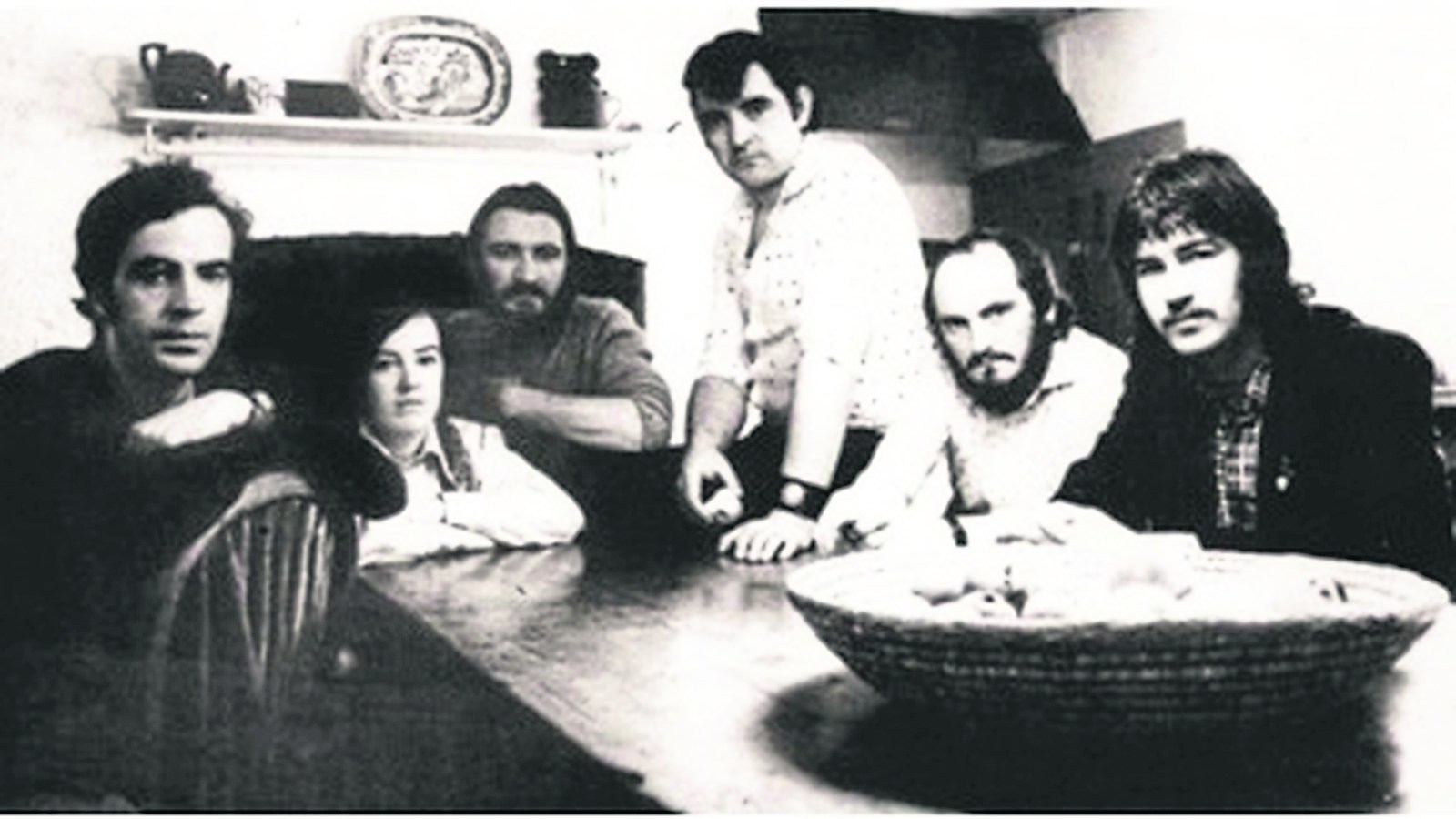 Michael was well able to answer that question in the affirmative - the Gweedore would be only too willing to throw open its doors. The word went out and up weaved a flow of folk from the Embassy to the Gweedore at the foot of Waterloo Street for a 'lock -in' that was to last the guts of three days and night and pass into traditional music folklore here.
I was there or thereabouts, I think.

In the wee small hours of the Thursday morning, June 5, some of the band made their unsteady way to Michael Cunningham’s house on Clarence Avenue where beds were found for them by re-allocating Michael and his wife Margaret’s children to different beds in different rooms.

A feast of an 'Ulster Fry' the next morning could only be washed down by another pint or so in the Gweedore.

Hours rolled into days as word got out around the town that these stars of the Irish traditional music scene were there, in the flesh, playing like men possessed in the narrow lounge of the Gweedore Bar. 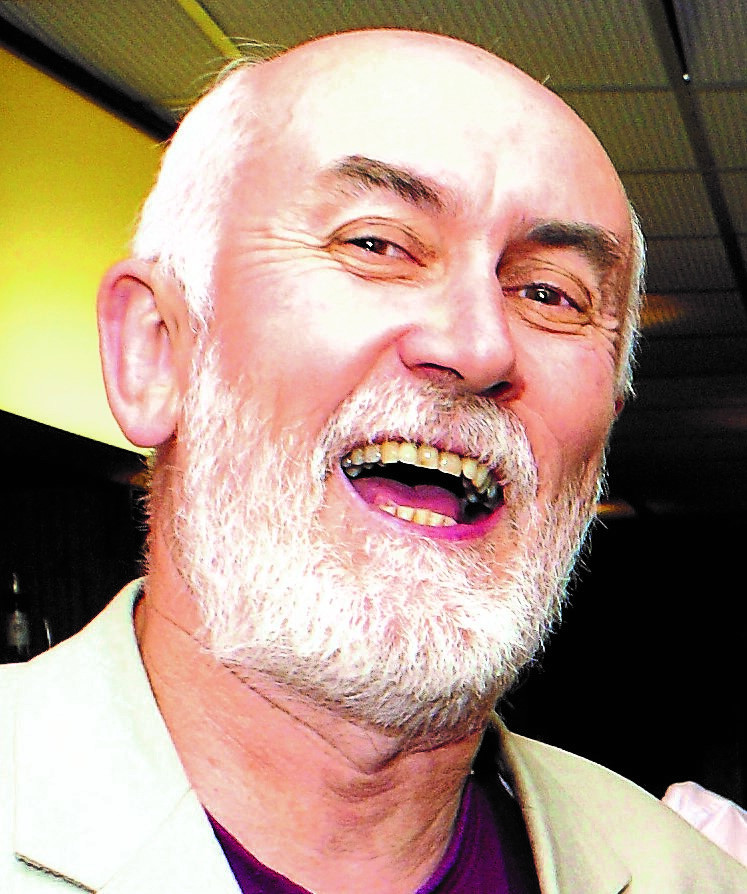 Local trad musicians thronged to Waterloo Street. Only Paddy Glackin made his way back to Dublin as scheduled on the Thursday.

And Michael Cunningham, now approaching 90 years young, still has the original poster for that Embassy Ballroom gig of June 4, 1975.

“It’s been signed by all of the Bothy Band from that line up except for Paddy Glackin who had other responsibilities to take care of in Dublin that Thursday.”

The rest of the band escaped back to Dublin on the Saturday.

Michael, like many’s a time before, has the final word : “Seventy five pence would hardly buy you a stamp these days!”