Star-studded line up revealed for Angela Scanlon's Ask Me Anything 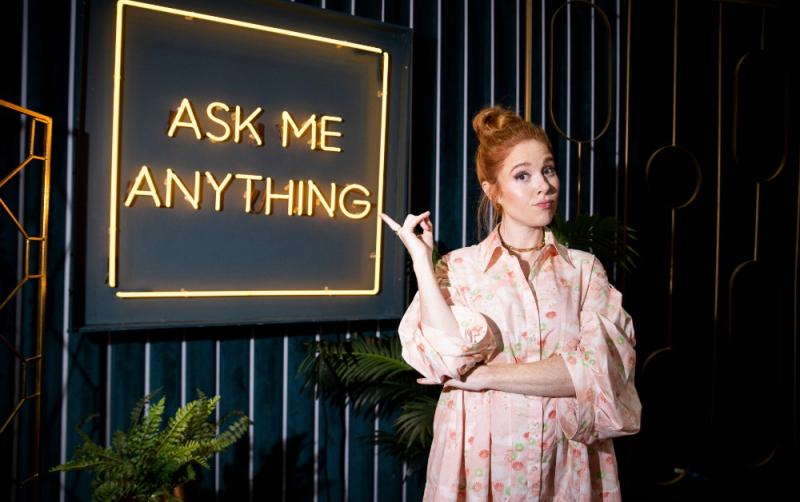 Angela Scanlon is back on RTÉ One this Saturday night with the penultimate episode of her entertainment show Angela Scanlon’s Ask Me Anything.

Comedian and actor PJ Gallagher rides in on his Penny Farthing to tell Angela why he thinks Amy Huberman is like a ham sandwich; how he's a "cranky old hoor" now that he's 46; why he believes he and Louis Walsh were separated at birth and his belief that if he eats too many chips he will in fact go bald!

Former rugby player, chart-topper and award-winning author Niall Breslin chats to Angela about creating an "arse halo" whilst mooning on the bus; his love of all things DIY; his mum's cringe-inducing nickname for him - "Pet Lamb" and why he thinks the world is moving too fast for all of us.

Red-headed warrior queen and singer Mary Coughlan catches up with her former stylist Angela and regales her with stories of her nude modelling career in Limerick; teaching Julia Roberts how to sing; her interest in Celtic spirituality and Shamanism and who's in her Whatsapp group "Three Hairy Bitches."

Angela will bring her unique mix of enthusiasm, wit and affectionate slagging to this one-hour show featuring surprises and unexpected revelations for the celebrity guests, as they all agree to be asked, absolutely anything.

Spend your Saturday night with Angela, PJ, Bressie and Mary this Saturday night on RTÉ One at 9:10pm. The eight-part series concludes next Saturday, December 11.