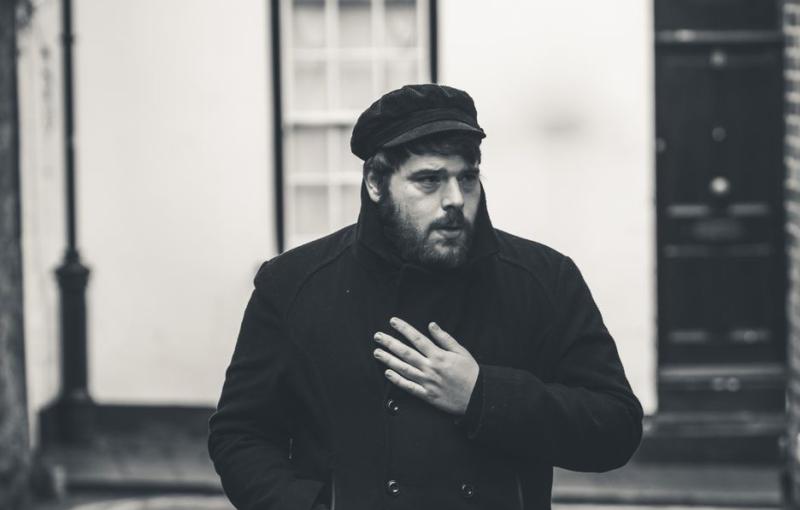 Connor Hutcheon is back making music after taking a break from the scene.

Judging by the queues out the door of the Chill offy last Monday night you’ve probably heard that the parish is in total lockdown.

That means you’re not meant to go to the bar.

If you’re not there then a lot of people won’t get paid, including the entertainment.

Some of these forward-thinking souls have circumvented this problem by livestreaming their gigs.
Some of these have been magic and others have been other.

Gerry Craig was broadcasting a few from Craig Manor, including Dirty Faces and Connor Hutcheon.

Dirty Faces had a rant last week and if you start talking about them too much, they’ll only get a big head.
So, what’s the craic with Connor Hutcheon?

Years ago, he was everywhere. If he wasn’t playing at every gig you were at, he was at least in the audience.
Then nothing.

God forgive me but it’s not like he’s easy to miss either.

Turns out he’s been busy. He showed up at a Stef Murphy gig a few weeks back and told me about his forthcoming album and a deal was done to get a yap with him.

You’ve been around a long-time man and there’s finally an album on the horizon, I suppose the question on everybody’s lips is what took you so long?

“I think it was a combination of a lack of self-esteem/self-confidence/ self-belief, a lack of drive, and a good helping of laziness. Thankfully that's all changed now.”

You have the benefit of being around a while now. Have things changed in your view over the years?

“For me, up until last year, I think I filled my life and myself with negativity, and it got to a point where it didn't work anymore. So, I have been filling my life with as much positivity as I can and putting as much energy as I can into my music.”

I was ranting and raving about gigs being cancelled and people for better or worse livestreaming, you’re one of them, your launch gig was cancelled, you did the online thing, How was it?

“Yeah, my first single, ‘You'll Never Change’ came out on March 20th on Bandcamp and Spotify. I've been doing a few live streams via music.hutch on Facebook and Instagram, as a way of keeping people aware of my music, keeping myself busy, and staying sharp.”

I’ll put this bit in bold so you’ll not miss it, if there are bands playing these livestream gigs, I strongly urge you to support them, also buy as much of their merch as you can. This is a truly awful time for people who have uncertainty surrounding their incomes and every wee thing you do is a massive thing to a working musician.

I heard you want to put it out on vinyl, will it happen?

“Well the album ‘Romance & Melodrama’ is due to come out at the end of May. Initially we're going to put it out via Bandcamp, and if there's any demand for it, we might do a limited run of a few hundred and sell them via Patreon and independent record shops here and there if we can.”

I know you’re a massive Elliott Smith fan (anyone who’s heard Connor’s music should also be able to sniff that one out) but now that he is gone who else is blowing your frock up?

Not that anyone’s holding a gun to your head but I recommend you get a look at the film of Blaze Foley’s life, Blaze. Ethan Hunt directed it and if Texas Outlaw Music is your thing then you’re in for a treat.

Went off on one a bit there Connor, sorry, what about locally?

I thought Elma Orchestra & Ryan Vail's ‘Borders’ was fantastic. Great to see an album out that actually has something to say.”
He’s right there of course.

What have you got lined up yourself beyond sitting in the house like the rest of us?

“At the minute, more live streams, more promotion of the single/album, and I'm going to try and get the HUTCH Patreon off the ground.”

And with that we were done, but if you’ve been left wanting more then why not check out @music.hutch on Facebook and Instagram and ‘You'll Never Change’ is available from raggedcompanyrecordings.bandcamp.com