Legendary punker rockers, Horslips, have sold out their long-awaited return gig to Derry. However, the good news for fans of the band is that another concert has been put on. 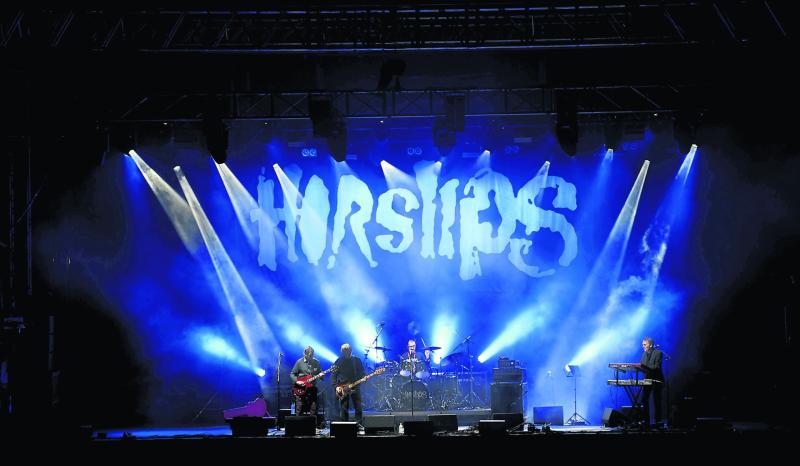 Legendary punker rockers, Horslips, have sold out their long-awaited return gig to Derry.

However, the good news for fans of the band is that another concert has been put on.

However another gig has been arranged for the following night and some tickets are still available for this.

The weekend gigs will be a welcome return to Derry for Horslips.

When Barry, Johnny, Jim and Ray take the stage in St Columb’s Hall they will play the songs that gave them iconic status back in the 70’s.

“We played here a number of times in the turbulent seventies and the gigs were always intense, with audiences that really rocked. But it has a more recent importance in our story. You could call it crucial.”

“We’d been off the road for 24 years and as far as anyone knew, that was that.

“But Derryman Jim Nelis, joined by two friends, Paul Callaghan and Stephen Ferris, designed and curated an exhibition in the Orchard Gallery.

“We agreed to come up and open it. And we got up on stage again to sing a couple of songs and liked it so much, we got back together: and we’ve been on the road ever since.”

The last word is with Jim Lockhart.

“We’re really looking forward to these very special gigs on what will be our 50th anniversary year.”

As part of the concerts, a donation will be made by the band and promoter to local disability organisation Destined who provide a range of support services for people with learning disabilities.

Destined is based at a new centre at Foyle Road which was recently damaged in an arson attack.