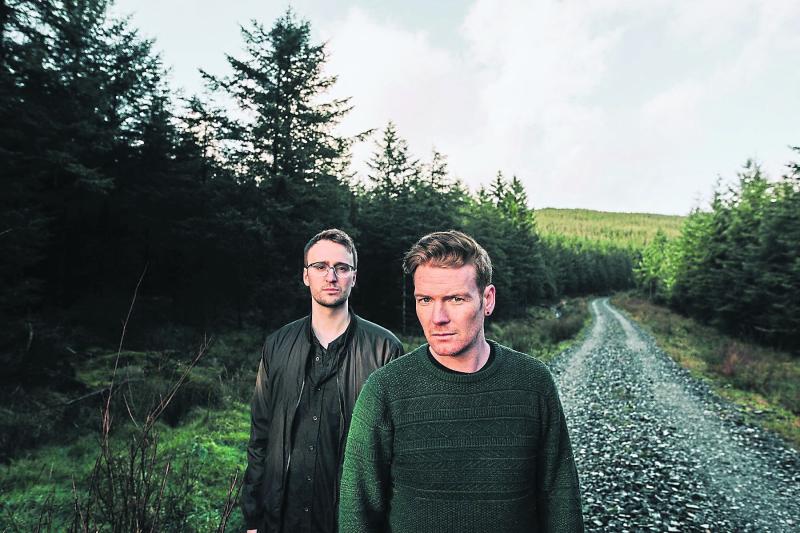 Ryan Vail, left, and Eoin O'Callaghan have had an amazing few months.

I first heard of South by South West years back when me mate Paddy Lynch  went. From his excitement I could tell this was a big deal.

I know Derry bands have been there in the intervening years when it has become a showbiz show-off party for the desperately cool kids out there and band managers desperate to be taken seriously.

It’s not a music festival in the traditional sense where you go and watch bands and enjoy yourself; it’s a bit like the Output Festival in Belfast, which is what I imagine hell is going to be like, except on a much bigger scale.

Think of someone in your dream job telling you how they’ve made it, so they’ll be there forever, and you know what I mean.
This Friday, March 13,  until Sunday  the 22nd, at Austin Convention Centre, Austin, Texas, United States the gloriously great bands and the good at getting attention for themselves rather than their bands will be out in force.

It doesn’t matter if these bands don’t do anything other than support other bands — if you say you’ve been to South By South West (or SXSW if you’re young enough to get away with it), then that should be enough to get taken seriously for a little while longer.

Paddy went at the right time and Eoin O’Callaghan added to the sentiment saying he’s “delighted to see what all the fuss is about. It’s a coming together of all that is relevant — apparently — so we’ll be there”. In Eoin’s defence he and Ryan Vail have been out touring the planet with their Borders album and really do deserve the acknowledgement.

Between them, this is their seventh album and very few local acts can say they’ve achieved what they have. Following their win at the Northern Ireland Music Prize last November among numerous other accolades and even a BBC documentary , Ryan Vail  said: “South by South West has been one of the most important music industry events in the world. To be part of it this year feels great.”

Even if this is just a bunch of industry suits patting each other on the back then at least there’s a couple of fellas from Derry in the middle of them and justifiably so, there will undoubtedly be acts in among them who haven’t had one album out and still have a heap of their singles stashed away somewhere.

To be fair the slackers will inherit the earth.

Also heading over are The Wood Burning Savages, who used to be from Derry, but we still love them.

Lead singer and guitarist Paul Connolly told me: “It’s a coup for a band from here to be invited, it’s the world’s largest international get together of musicians, producers, venues, festivals and the chances of falling in with the right people are quite high.

“We’ve put in a lot of groundwork ahead of it and our previous tours and festival appearances have linked us up with some fantastic people who want to champion TWBS in the US. We’re just looking forward to playing our shows, trying out some new songs as well as eating some hot wings and drinking a few cold beers with new friends too. Derry’s legendary Hammond organ player, Caolan McLaughlin is going to be out there with us too as luck would have it, so the craic will be mighty!”

Out of curiosity, what have they got coming up?

“We’re currently working on our second album and experimenting with a lot of new sounds. We’ve also just been invited on tour with our buddies Ash, as they celebrate their 25th anniversary.”

Twenty-five years: they’ve come a long way since battles of the bands in the Argyle and summer days in the Gasyard. Hands up who feels old? Elliot Finlay was the only other Savage to get back, adding: “We’re excited to have the opportunity to go over and play in the States and, hopefully, get a few more people over there to take notice of the good things that are happening in the Northern Ireland music scene at the minute.”

Just while I’m on the subject, anyone remember the line “I’ve never been to America, but I’ve been in some states with you?”
At least this year the bands representing the parish will have something to justify their being there. I’m sure Paddy Lynch will be there in spirit.