Award-winning Ashton to crack her whip as Calamity Jane

An award-winning Derry actress is to play the lead role in a much-loved musical being put on in the city later this year by a local musical society. 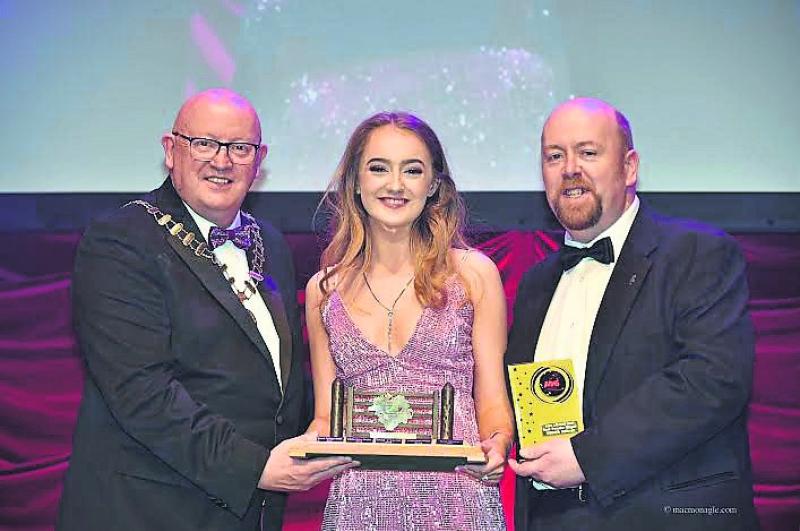 Award-winning Ashton Murphy will play the title role in Calamity Jane being staged by the LMS in the Millennium Forum in April.

An award-winning Derry actress is to play the lead role in a much-loved musical being put on in the city later this year by a local musical society.

Derry is well renowned for its musical heritage with plenty of opportunities for young people to gain invaluable experience.
Last year, local girl Ashton Murphy won a prestigious musical theatre national award in Killarney for her performance as Sarah Brown in LMS’s production of Guys and Dolls in the Millennium Forum.

She was presented with the AIMS Award (Association of Irish Musical Societies – Sullivan Section) for best female singer in a musical, one of the youngest ever to receive this nationwide industry accolade, at the lavish industry awards ceremony last June

LMS are absolutely thrilled with Ashton’s AIMS award and delighted that their winning team are all back together again for this year’s much anticipated musical extravaganza, Calamity Jane, that will take to the stage of the Millennium Forum at the beginning of April.

Doris Day played the title role in the 1954 film while Carry On star and former Eastender Barbara Windsor headlined the first British tour of Calamity Jane in 1979.

With many familiar local performers - Ashton Murphy as Calamity Jane alongside Warren McCook, Hannah Deane, Eoin Callaghan, Rachel Harley, David Keown, Judith O’Hare and many more from the cream of local talent) - the show will once again be directed by NWRC’s performing arts course director, Michael Poole, with Peter Doherty as nusical director and Vanessa Chapman as choreographer.

Calamity Jane will be stage from April 1-4, Tickets available at www.millenniumforum.co.uk or telephone 028 7126 4455.