Corrie star to bring Forum alive with the Sound of Music

The Von Trapp family are to take to the stage of the Millennium Forum this week in what is hailed to be 'one of the best musicals of all time'. 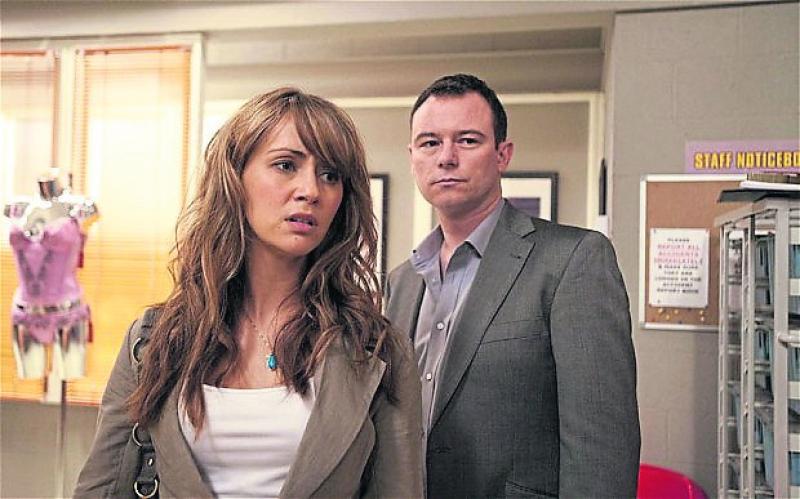 The Von Trapp family are to take to the stage of the Millennium Forum this week in what is hailed to be 'one of the best musicals of all time'.

Captain Von Trapp is played by Andrew Lancel who is best known for his roles as Frank Foster in Coronation Street and DI Neill Manson in The Bill.

This will be Andrew's first time on stage in Derry but the actor says he has visited many times before and has a huge love for the city.

He first stayed in 2012 when he went to the Novena in St Eugene's Cathedral and he has lost count of how many times he has been back since.

“I'm the only cast member that has been to Derry so everyone keeps asking me what it's like and they can't wait to get there,” he says.

“There is a bit of pressure to live up to what the audience expects but the production is very similar to the film so hopefully everyone will be able to feel at home with the music and the story.

“The intro to the songs are amazing and would nearly be enough in themselves, so the entire production is just stunning.”

There are seven Von Trapp children in total but there are 18 children touring with the production in what Andrew describes as a “well-oiled machine.”

Andrew, who has two children of his own, jokes that he now feels like he has 20 children to care for.He describes his co-star, Emilie Fleming, who plays Baroness Maria, as 'just wonderful'.

Emilie gained fame after appearing on Andrew Lloyd Webber's  Over The Rainbow and has appeared in a number of musicals all over the world since.

Andrew added: “We have been very well received in Dublin so far so I hope that the Derry audience lives up to the hype and are as attentive as I've been told they'd be.”

The Sound of Music takes to the stage of the Millennium Forum from tomorrow (Tuesday) to Saturday next, February 8.

Tickets are available at www.millenniumforum.co.uk