Dickie to rock Derry's Forum for one last time

After enjoying an era defining career spanning more than six decades, showband legend, Dickie Rock, has announced, albeit somewhat reluctantly, that he would be stepping back from the live music circuit at the tender age of 82. 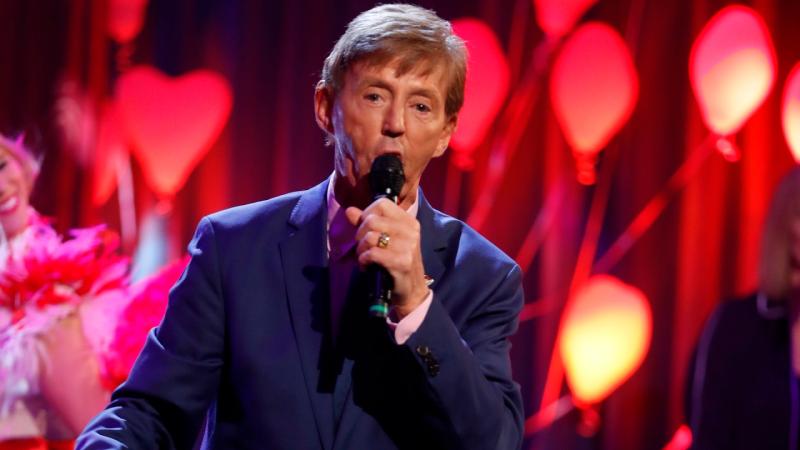 Dickie Rock performs at the Millennium Forum for the last time this Sunday night.

After enjoying an era defining career spanning more than six decades, showband legend, Dickie Rock, has announced, albeit somewhat reluct- antly, that he would be stepping back from the live music circuit at the tender age of 82.

Rock did say that he would still consider doing a few one-off performances, saying that playing in front of a live audience allowed him to stay youthful.

This Sunday night, 2 February, the singer will take to the stage at the Millennium Forum for one final time, bringing his Just For Old Times Sake - The Farewell Tour to Derry.

His loyal fans will also get the chance to see Dickie Rock perform many hits from his days as one of the frontmen with the Miami Showband, when the band attracted the kind of hysteria normally associated with the Beatles, and representing Ireland in the 1966 Eurovision Song Contest with Come Back To Stay Rock went on to enjoy a hugely successful solo career.

Since 1963, he has enjoyed phenomenal chart success both in the Miami and as a solo artist and played to packed venues across the country, cementing his stature as one of the greatest singers and showmen Ireland has ever produced.

Speaking on behalf of the promoters. Alanna Mc Bride, of Joe Gallagher Entertainments said “his final Derry performance promised to be a very special occasion that no fan of the showband era will want to miss.”

"He will perform many of the hits from his amazing career including Candy Store, Every Step of the Way, Georgie Porgie and The Wonder of You, to name just a few," she concluded.

On hanging up his mic, Rock said he could not about retiring as he has been performing for more than 60 years.

He continued: “The business isn't there for touring any more but I have never been as busy and it has been a wonderful the past few years for us.”

The life and times of being a performer in Ireland has changed so much since Dickie started out.

He added: “I’m not sure how many of this generation will still be recording into their 80s.”

Dickie Rock is a big entertainer and everyone at the Millennium Forum on Sunday night will see the curtain close in Derry for one last time on one of Ireland's legendary show band icons.