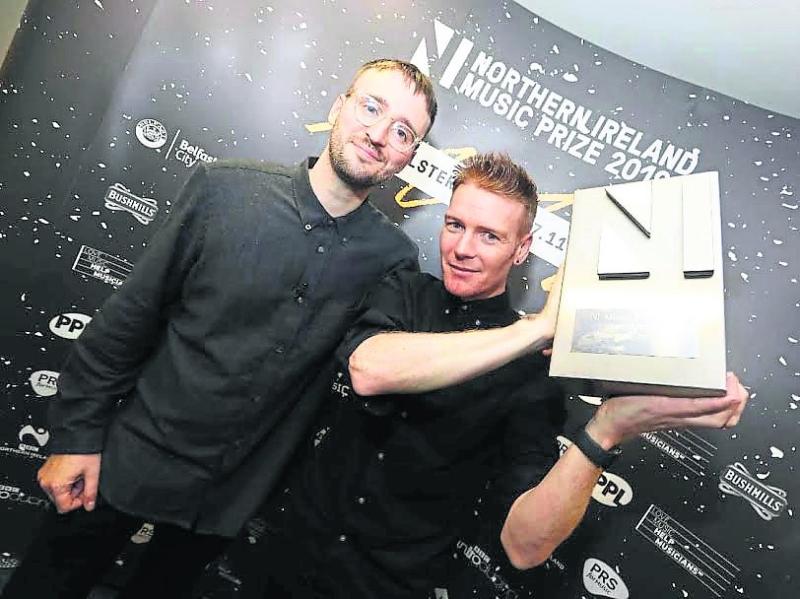 There’s always a lot of emphasis on the bright young things, don’t you find? If a band gets enough likes on Facebook they’re heralded as the next big thing.
The question of hard work and talent never really comes into it. It kind of explains why bands are hyped up and then disappear.

I could give you a list of never-weres, but we all forget them. The same goes for management and record labels.
Luckily, there are exceptions to every rule. Unfortunately, though, here, following their farewell show on the 10th of January 2020 at the Empire Music Hall, Belfast-based indie label Quiet Arch will begin a period of indefinite hiatus.
Quiet Arch is the youngling of Lyndon Stephens, a record label that adapted to the 21st century music climate, stood on its own two feet, walked and then ran.

With a roster of the best that the six counties has to offer the night of celebration will host a line-up of the label’s artists and associates; Elma Orkestra and Ryan Vail, Joshua Burnside, Ciaran Lavery, Malojian and newcomers, Laytha.

Tickets are available at eventbrite and cost a strange £16.76 and the show kicks off at seven. The label is the current and former home for many of Northern Ireland's most successful artists - Joshua Burnside, Ryan Vail, Ciaran Lavery, Beauty Sleep and many others - the music enterprise will take a step back from label operations and, as yet, no formal plans for the future have been confirmed.

I should say that there is also a managerial arm called Championship Sound management which I’d like you not to get confused with the record label.
They’re two separate things and I’ll be getting to that part some other time.In recognition of their achievements, Quiet Arch will organise a showcase from their catalogue of artists.

Headlined by NI Music Prize “Best Album” winners Elma Orkestra and Ryan Vail, as well as former winners Joshua Burnside and Ciaran Lavery, the night will be serve as a celebration of the impact that Quiet Arch has had on the music industry and landscape of its native Northern Ireland.

In lieu of label services, management and curation of several Quiet Arch artist will be transferred to New Champion, the management arm of the label spearheaded by Francesca O’Connor and Ben Magee.
Eoin O’Callaghan said: “Quite Arch was the label for our BORDERS release. It was BORDERS’ home. Any creative ideas we had were always ran through Quiet Arch because we cared for their opinion and quite often, they would inspire us to keep raising the bar with the content we created. Quiet Arch to me was three people... Lyndon, Francesca and Ben.”

Record labels come and go, they always have and always will. Probably more so in today’s musical environment it can be tough for these operations to survive but the most impressive thing about Quiet Arch to me is that they grew and went from strength to strength when others just faded away or desperately try to work out what relevance is.
Lyndon and co have nurtured a thing of beauty that has been a place for the likes of Ciaran Lavery and Joshua Burnside to develop and realise a vision worthy of all the accolades.

The kind of integrity and determination to stick to your guns is probably the reason they have succeeded where so many others have failed.

I have had many a conversation with Lyndon about the general condition of Northern Ireland music and always found him to be supportive of every angle.

They just do stuff. It’s not like I’m into all of it, but that isn’t the point is it?
In case you don’t believe me, I’ll let Ryan Vail have the final word: “Quiet Arch has been the home for my music for the last five years.

“It’s taken my music across the world. It’s been a success story for most of the acts in its roster.
“To see it go is a devastating blow to the NI music scene. What it leaves behind is proof that an independent record label can work here & should inspire more.”