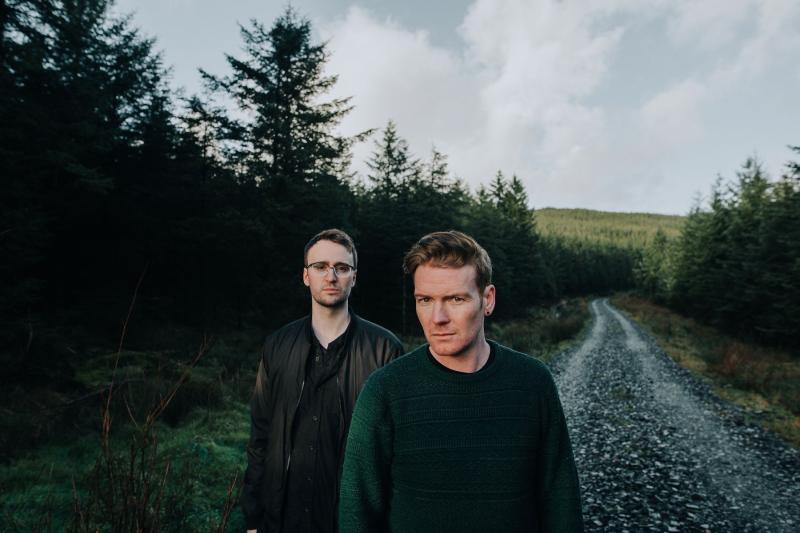 This Thursday sees the biggest night of the musical calendar in the Ulster Hall in Belfast.
Only joking, nobody really cares about the Northern Ireland Music Prize unless you’re from Belfast or are nominated. This year Arvo arty with “II”, Beauty Sleep’s “Be Kind”, Blue Whale’s “Process”, Pat Dam Smyth’s “The Last King”, Cormac Neeson’s “White Feather”, Runabay’s “Between The Lines”, Sam Wicken’s “All I’ve Seen” and Two Door Cinema Club’s “False Alarm” represent Belfast, Down, Bangor, etc. Then Soak’s “Grim Town”, Ryan Vail and Elma Orkestra’s “Borders”, Conor Mason’s “On The Surface” and half of Saint Sister’s “Shape Of Silence” fly the flag for Derry. The album of the year is voted for by people whose very reason for living is the music that seeps out of this tiny wee place.
I don’t think anyone could have escaped the hard work of Ryan Vail & Elma Orkestra this past year, they’ve been everywhere, Paris, Mexico, TV, Cool Discs, and up and down the country (of Ireland) with their incredible live show featuring lasers screens and smoke machines.
I’ve seen it a couple of times in Derry and had the record at the first available opportunity and, in my opinion, is album of the year. That’s not to say Conor Mason’s On The Surface isn’t an absolute clinker too, the follow up to 2012’s Standstill is as beautiful as an album can possibly get.
To make it more like a real awards ceremony they’ve added more categories including Best Single, Best Live Act and the Oh Yeah Contender award, because the Oh Yeah Centre has it’s fingers not only on the pulse but  in  the very beating heart of the Northern Ireland music scene.
In a daring turn of events these three awards are voted for by the public so really, there’s no complaining about the outcome. Amy Montgomery, Brand New Friend, Bui, Documenta,  Hand Models, Jealous Of The Birds, Joshua Burnside, Junk Drawer, Kitt Phillippa…twice inexplicably, New Pagans and Roe are all up for the single of the year award and if you’re wondering….that eerie feeling is déjà vu.
Singles are the calling card for bands these days, they’re what makes a band last in your memory and it makes the shortlist all the tighter, Amy Montgomery, Documenta, Jealous Of The Birds, Junk Drawer, New Pagans and ROE all last long in the memory but for me New Pagans clinch it. It’s Darker really is a clinker.
The best live act is voted for by the public and should arguably the most interesting award of the night will be fought out between Jordan Adentunji, Joshua Burnside, New Pagans, Ryan Vail & Elma Orkestra and Sister Ghost.
A tough call to be fair when you witness New Pagans and Ryan Vail and Elma Orkestra and Sister Ghost live, probably because I’ve promoted the three of them and love them all. 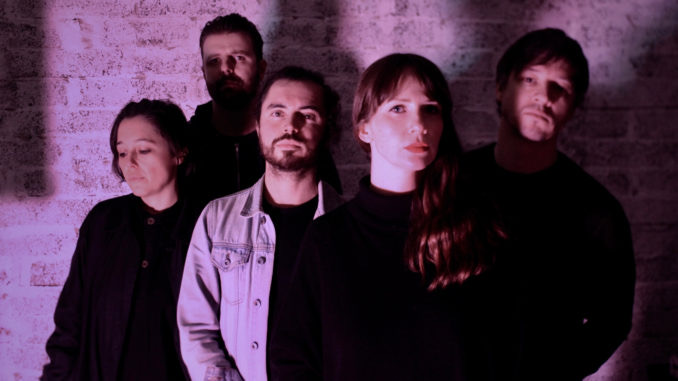 But objectively, go see Ryan Vail & Elma Orkestra and don’t get blown away, I dare you. It really is the most professional and dazzling show out there, coupled with great music
The Oh Yeah Centre suggests you vote for Cherym again or Amy Montgomery, Joel Harkin, Jordan Adentunji, Problem Patterns and Strange New Places for the Oh Yeah Contender award.
We should be supporting our own here and giving Cherym the nod, but I can’t help but feel that having two bites of that cherry is a little unfair.
Amy Montgomery managed to sell out of her entire stock at last year’s Stendhal festival after a really short set and her music is a thing of beauty, not to mention Joel Harkin’s whirlwindesque self- promotion and Problem Patterns doing for feminism in this village what Jacob Rees Mogg does for blood pressure in this village. It really is the most exciting award in my opinion.