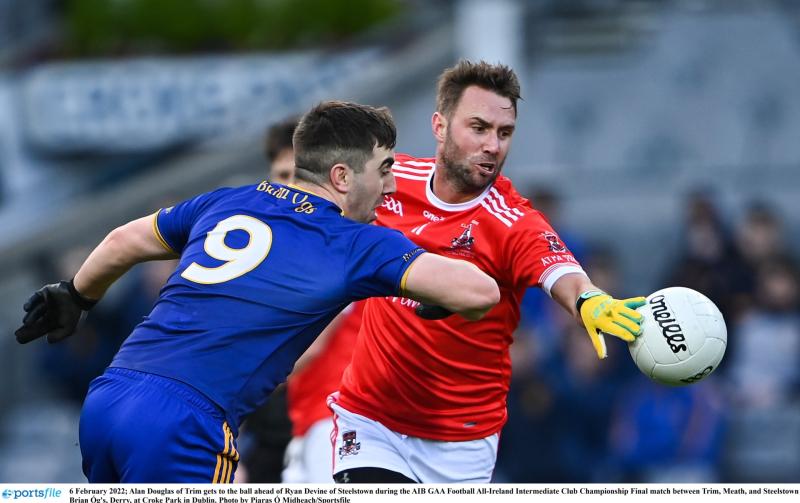 Ryan Devine in action against Trim at Croke Park.

Realising what it feels like to win an All-Ireland title in Croke Park with the club you have played with for more than two decades is something that Ryan Devine could only describe as ‘the stuff of dreams’.

The midfield general has been a key figure in the Steelstown run to history this season, and the 32-year-old said that when it came to the final day out against Trim, there was just no way that - after experiencing so many years of heartbreaks in Derry - they were going home with nothing.

“We actually came here on the bus to get a look around the place so it wasn’t daunting for us today and on the way back to the hotel Mark Foley said to me ‘we can’t leave here beat’. It was just unfathomable to leave this stadium beat,” he stated. “We had to get up them steps. I’ve trailed home from finals beat before and it’s a hateful feeling. It wasn’t going to happen today – our boys just don’t know how to lose at the minute.

“There’s so much hurt and so much pain over the last ten years and getting over the line in Derry was big but then Ulster and now this – this is unbelievable. It’s the stuff of dreams, playing in Croke Park and winning an All-Ireland title.”

The final whistle was one that Devine celebrated not just with his team mates but with family and friends in the sizeable crowd. With the kids that he coaches at the club – future generations of Óg’s that they will hope one day grace the same hallowed turf. It was about a lot more than this squad.

“Of course for this team it’s massive but in the grander scheme of things it’s unreal. I had my under 9’s in the stadium today and it’s just a special feeling seeing them supporting us. You have Brian and Maire McKeever there, and everyone’s friends and family – it’s just so much bigger than the team,” explained Devine. “Everyone puts a lot of effort into it and there’s a lot of sacrifices between people not getting away anywhere and everything that comes along with competing at this level. 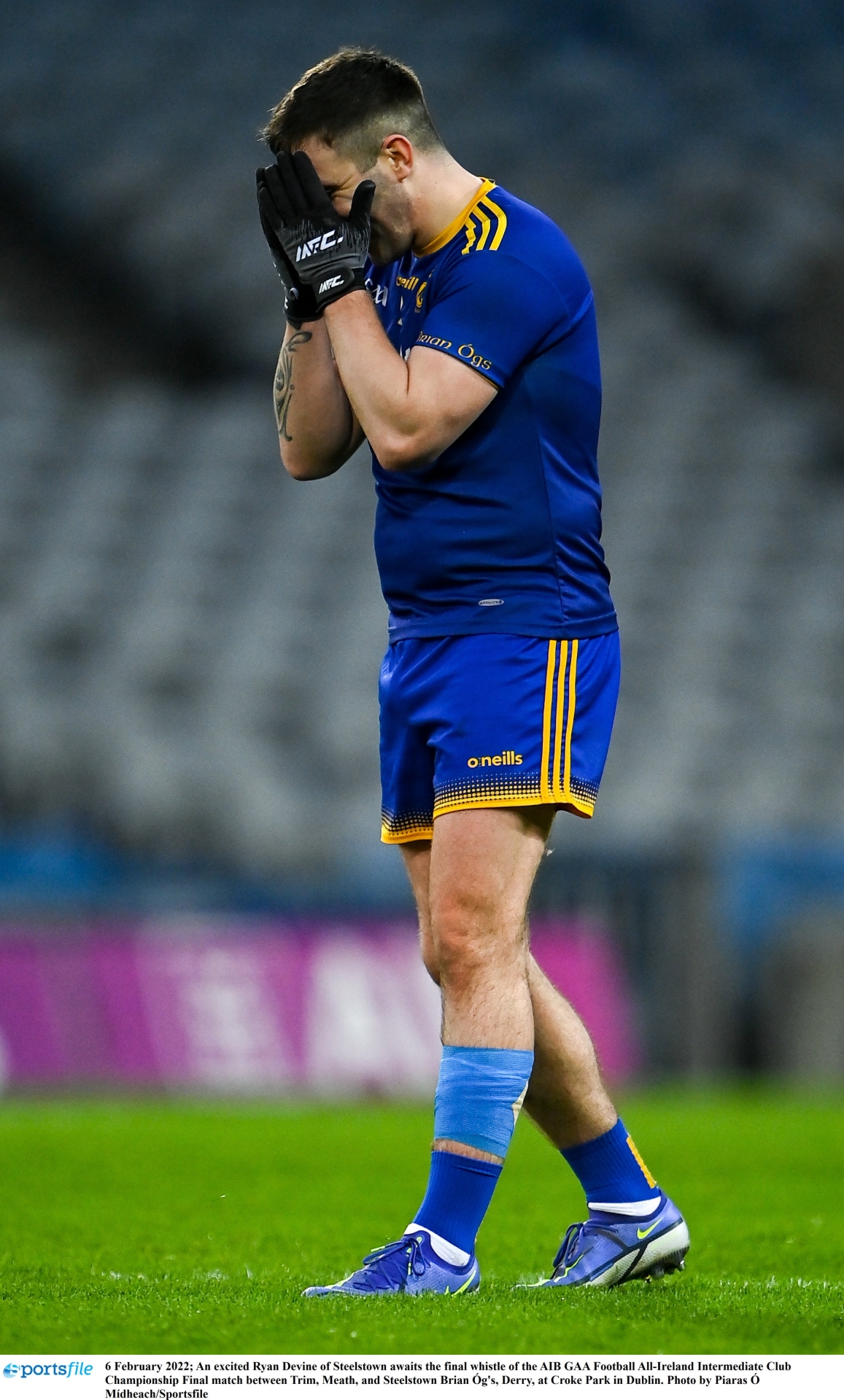 After four championship defeats in the journey for that first Derry title, it felt like back in November that win over Greenlough would be the peak that Steelstown had been waiting so long for. But, as Devine said, once they had taken off the shackles they played with a freedom that brought the ultimate glory.

“It’s a dream come true. We set out this year to win Derry – that was our main objective. It was a serious monkey on our back and anyone that tells you different is lying. We got that done and we kicked on,” he stated. “We took each game as it came and while it was a quick turnaround for us and for Trim, we felt that we did a lot of work on them this week.

“We set up with a game plan and they came out and hit us with a goal in the first few minutes which threw us, but we got our composure back, reverted back to the plan and that saw us through at the end of the day.”

Once again it was a game where the men in blue and gold had many challenges to overcome. Conceding an early goal and going down to 14 men in the second half could have been two body blows, but they weren’t to be deterred.

“I don’t know what it is with us – every time we finish a game the supporters are saying why do keep doing this to us because there’s always something,” joked Devine. “Them young boys turned back to what they know, they trained hard all year and they believed it one another right until the end.

“Anything that we’ve had to face we’ve gotten over it. We’ve worked hard and that has stood to us. We’ve had challenge after challenge but we’ve just kept at it.”

Next year, Devine and his team mates will enter Derry senior championship football as All-Ireland champions. It will be a tough task, but he said that they have given themselves the perfect platform to take on the challenge.

“Senior is a totally different code of football. You’re up there with the big boys, playing with the county men and it’ll be a test for us.

“We’ve been up there before and held our own for maybe a year or two and come back down but hopefully next season we can go up there, give it a rattle and try to establish ourselves as a senior team. We want to kick on and build something, but it’ll take a lot of hard work. Everything goes up a level but we’ll be the new boys up there and we’ll give it a rattle.”