Britton to get another chance to impress against Institute 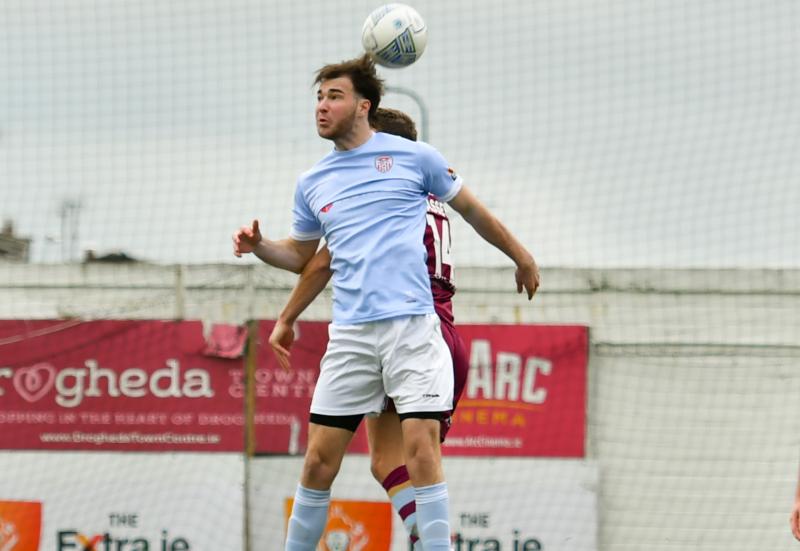 Louis Britton will get another chance to impress Derry City boss Ruaidhri Higgins when he plays against Institute in the annual Billy Kee Memorial Cup game at the Brandywell tomorrow night. Kick off 7:30pm.

The striker is on a week-long trial from Bristol City and made an immediate impact when he scored for the Candystripes in the 1-1 draw at Drogheda United on Saturday. Prolific in the Robins’ U23 squad, the striker has been unable to break into Nigel Pearson’s first team, making just one senior appearance. With his contract up at the end of the season, the club is happy for Britton to assess his options, and the striker has been training at the Brandywell since last Friday.

“I’m not mad at the thought of bringing players in on trial but he did come highly recommended and he was available to come over for a week so he took the opportunity and came over,” Higgins explained. “He’s a nice lad. He trained Friday and played Saturday and he’ll train Monday and play Tuesday and we’ll assess it after that. He scored and hit the crossbar and he’s a different type of centre-forward to Jamie (McGonigle). He has come highly recommended so we’ll have a look at him over the next while and see where we go with it.”

Saturday’s game at Drogheda was City’s first of several pre-season games, with the run out for his players much more important than the final score.

I think we started the game slowly enough but the second part of the first half I thought we played some lovely stuff, it was just our final ball maybe let us down at the top end of the pitch. We got into good areas regularly but it was just that final pass which will come with more games and more sharpness.

“In the second half both teams tired a bit so it was good to introduce a few of the younger lads late on. It was good valuable game time and fitness time for a lot of our squad.”

Tomorrow night’s game against Institute will give fans the first opportunity see City’s new signings in action, and Higgins is hoping that the presence of supporters will ensure a more competitive mindset for the players.

“Playing under the lights at the Brandywell with a bit of a crowd there, hopefully it will feel more like a proper game of football,” he explained. “Hopefully the supporters can start seeing some of our new players and hopefully we can play well and make it worthwhile coming up.

“The players have worked extremely hard now for about three weeks and you can see them getting stronger by the day. Hopefully now on Tuesday night we can see more evidence of that and we can come out of it unscathed and we can move on, but the closer it gets to February 18 the more exciting it will become. At the minute it’s just about getting them fitter and sharper and preparing them as best we can.”

Meanwhile, Higgins believes that Patrick Ferry is in need of regular first team football after the young striker joined Ballinamallard United on a six-month loan deal. The 19-year-old, who made 13 appearances last season with just one start, is highly rated at the Brandywell, and his manager believes that a loan deal can only aid his development.

“Patrick needs to experience men’s football,” Higgins said. “I can see it in him; he needs to go out and taste it and he was keen to do that and not just be happy to play a few minutes here and there. He’s probably not ready to go into our first team at the minute so the games out on loan will hopefully speed up his development and then we can gauge it from there.”

Tickets for the Billy Kee Memorial Cup game are priced at £5 adult and £3 concession. Free admission for U12s accompanied by an adult.