Caolan McLaughlin to make most of Institute opportunity 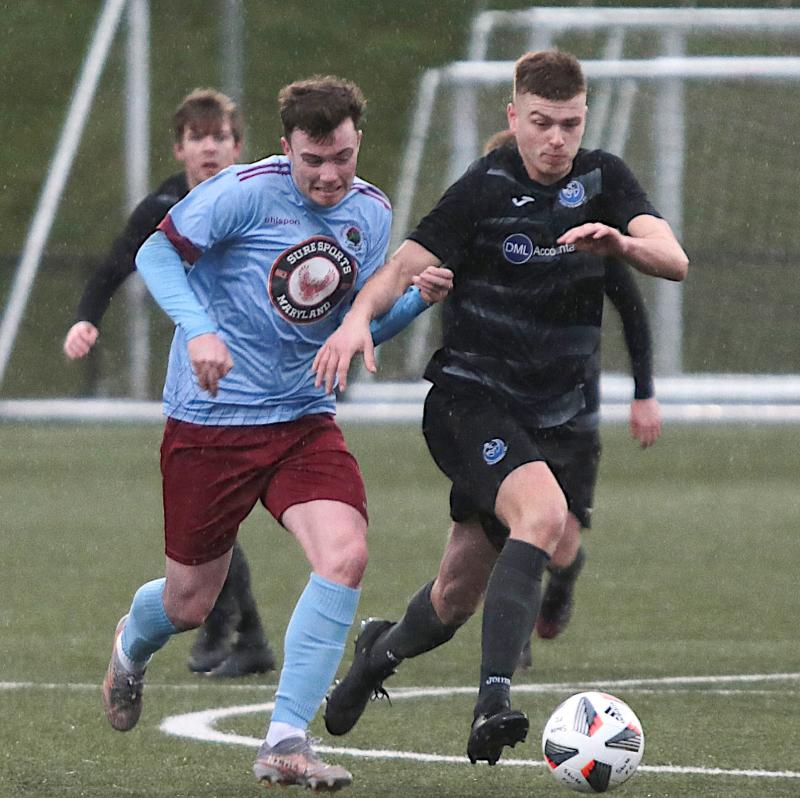 Caolan McLaughlin is determined to use his loan spell at Institute to prove to Ruaidhri Higgins that he can be a part of his plans at Derry City.

The 20-year-old made his ‘Stute debut last Saturday and played the full 90 minutes in the 1-0 Irish Cup defeat to Portstewart at the Brandywell. He is likely to feature again in the away game at Ballyclare this weekend, with coach Brian Donaghey promising first team experience in his six-month loan spell. It is a chance that McLaughlin is determined to make the most of.

“I think it’s a great opportunity for me to go and play games and show people what I am all about,” he said. “Hopefully then I can come back after the loan spell and see what happens; I’ll be knocking on the manager’s door for a place in the team.

McLaughlin made his Derry City debut last March away to Longford under Declan Devine and went on to make six first team appearances in all throughout the 2021 season. He featured in big games against Dundalk and Shamrock Rovers, but didn’t appear in the first team picture at any stage after May. With Higgins’ midfield options only strengthened due to recent arrivals at the club, a loan spell elsewhere became the more realistic option.

“That was all good experience for me, coming off the bench and hopefully now, with getting more experience with Institute I can go back and play more part in the games for Derry” he continued.

“I know the standards have gone straight through the roof with players like Patrick McEleney and Mickey Duffy coming in, and I know what Will Patching can do too, so I will be hard to get a place in the team, so hopefully with this opportunity with Institute, I can do it.”

McLaughlin’s ‘Stute debut did not go as planned with an unexpected defeat to an Intermediate League opponent, but he is optimistic that with other new arrivals, things will start to pick up for the club in the coming weeks.

“It was a bit of a disappointing result but it was good to get out there,” he agreed. “It was only my first game so it’s about settling into the team. The more games I play the more settled I’ll be. They are a great much of lads so hopefully we can pick up results and climb up that league.

“I have known Brian (Donaghey) since I was younger because I played in the county team with him. I can’t say a bad word about him, he’s a great manager and a great person. I had a chat on the phone for him for about 20 minutes and I know his aspirations for the second part of the season. It was a no-brainer to go to them to be honest.

“These games that are coming up now will stand me in great stead. Coming back to Derry with that experience under my belt will be good. I need to be playing men’s football at the age I am, that will take me on and develop me as a player.”