Away again! Derry City start the season on the road for the SEVENTH time in eight seasons! 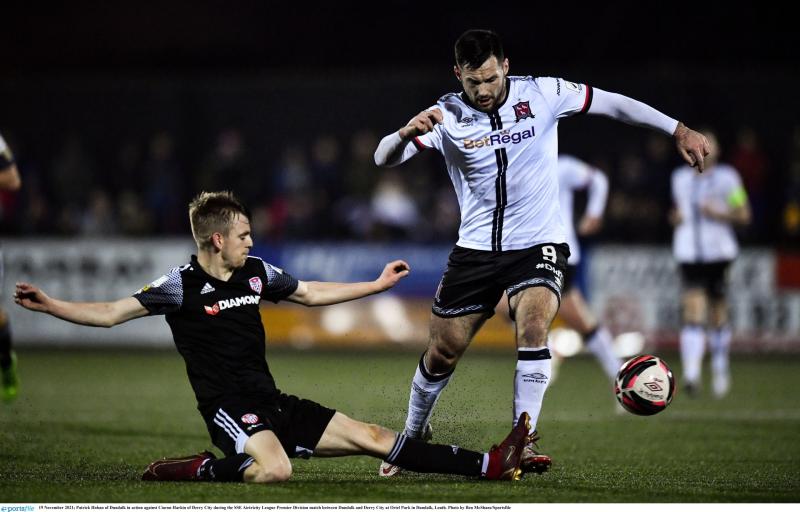 Derry City defeated Dundalk 2-1 at Oriel Park in the last game of the 2021 season.

Derry City will face Dundalk at Oriel Park on the opening day of the 2022 season with the Candystripes travelling away for the first game of a new campaign for the SEVENTH time in eight seasons.

Since the years 2009-2013, when City started at home for five successive seasons, they have had to travel for the most part, with just three wins coming in that time – in 2015 at Galway, in 2017 at Bohemians and that win over UCD two years later.

Ruaidhri Higgins will take his team to Oriel Park on February 18, before the opening home game against champions Shamrock Rovers a week later on February 25.

City will end the season on November 4 at home to Dundalk.