Brian Ogs have too much for Donaghmoyne 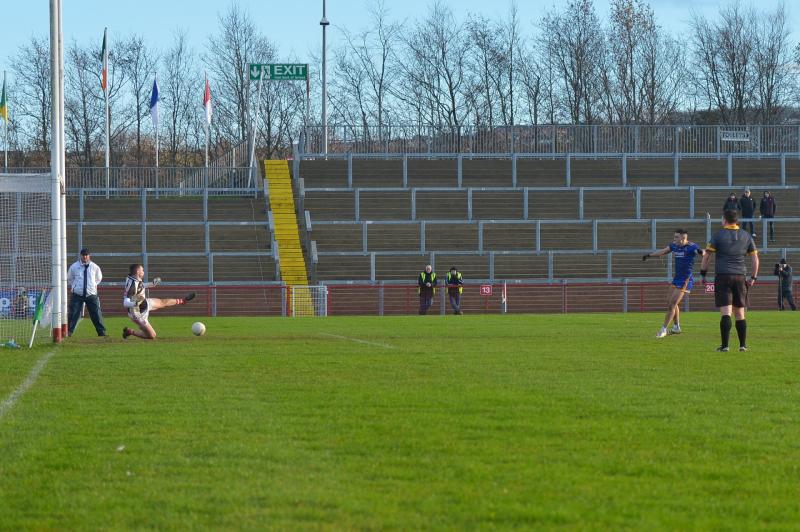 Steelstown overcame a three-point half-time deficit to race to a 12-point victory in their Ulster Championship quarter-final tie against Donaghmoyne at Celtic Park.

Hugh McGrath’s team produced an emphatic second half performance to stun their Monaghan opponents just when it seemed that they were in trouble after a difficult first period.

The first half started extremely well for Brian Ogs who replied to Davy Garland’s point by putting the ball in the net with their first attack, Eoghan Bradley hammering in from close range after good work by Gareth Logue.

But Donaghmoyne responded strongly with two goals of their own in the space of seven minutes. Ronan McDonald got the better of Kevin Lindsay before firing through Eoghan Heraghty’s legs, and Liam McDonald then fired home from the penalty spot after Eoghan Concannon had fouled Davy Garland.

Steelstown were too reckless with their shooting, five unforced wides, and they went 20 minutes without scoring as Donaghamoyne took control – McDonald and Garland scoring to put four points between them as half time approached.

McCarron’s score on 31 minutes took it down to 1-3, 2-3 with Steelstown needing a significant improvement in the second half.

The game was turned on its head completely as two goals in the first seven minutes contributed to a seven-point swing in the scoreline. Both goals came from Cahir McMonagle, scoring just seconds after throw-in before finding the net a second time after picking up a loose shot from Ben McCarron.

Further scores from Oran McManamin, Oran Fox and McMonagle sent Steelstown 3-9, 205 clear before Garland hit back after an 11-minute drought for Donaghmoyne.

Steelstown’s lead increased when Niall Meegan hauled down Diarmuid Baker, and Ben McCarron slotted in from the penalty spot.

Morgan Murray came off the bench to score two points and Donncha Gilmore had the last say as Steelstown cruised to victory.