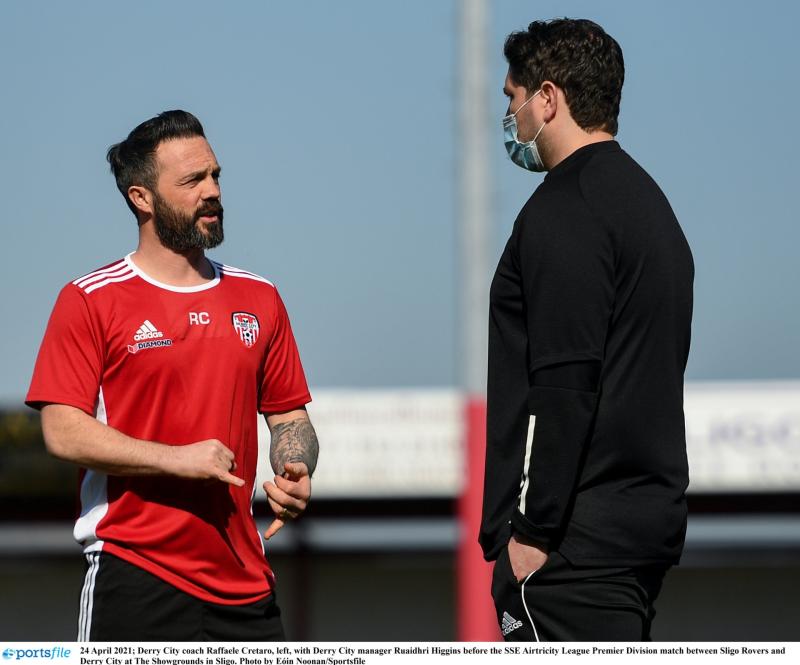 A busy week at Derry City has ended with a number of departures from the Brandywell.

The club has revealed that players Darren Cole and Marc Walsh have left, while first team coach Raffaele Cretaro has also left the club.

Cole joined Derry City in 2017, and went on to make 99 appearances for the club. He played in last week’s 2-1 win over Dundalk, but was restricted to just 7 appearances overall this season.

“Darren has been a fantastic servant to the club over the past five years,” Ruaidhri Higgins said. “He was very unlucky to pick up that injury in 2019 which kept him out of the side. To his credit however he has worked his way back to full fitness and finished the season very strongly for us.”

Walsh joined the club at the start of the season, but injury problems plagued him throughout his time at the club, as he made just 4 appearances. He did score a vital last gasp equaliser against Bohemians at the Brandywell in June but made just two more appearances after that.

“Marc was very unlucky at times too, but Derry fans did get a chance to see how good he was just before the end of the season,” Higgins explained.

“I want to thank both players for all their hard work since I came into the club and wish them the very best for the future.”

The manager also confirmed that coach Cretaro has left for personal reasons.

“I can confirm as well that first team coach Raff Cretaro is also leaving,” Higgins added.

“Raff came in with me in April and has been a real influence around the club. He has a great way about him and is hugely popular with both the players and the staff.”

“He does however have family commitments and I understand that. I know he has really enjoyed his time at Derry City and we would also like to wish Raff every success going forward.”