We wanted to get one over on Lavey: Ryan Lynch

The Banagher boss said his side were hurting from previous defeats. 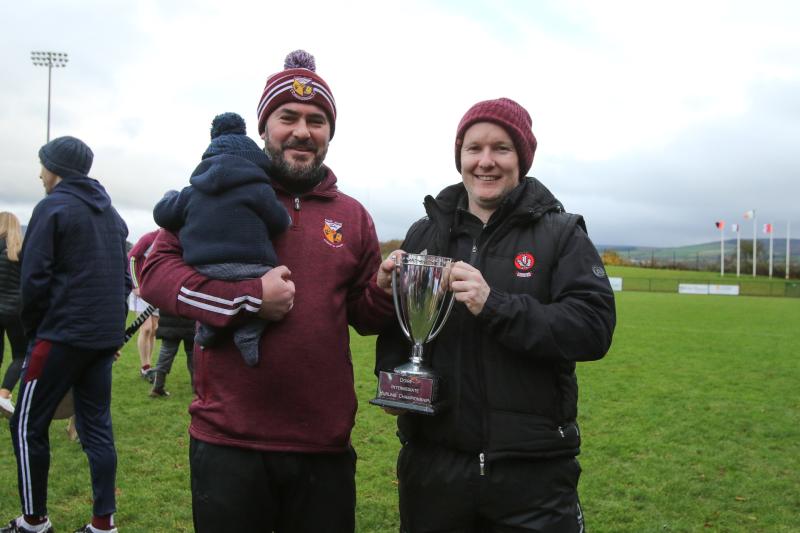 Among the smiling players cradling children on the Owenbeg pitch on Sunday stood an elated Ryan Lynch.

The Banagher manager had just seen his side take a second intermediate title in three years, and said restoring the balance of results against Lavey had been key in the team's thinking.

“We talked about three things before the game,” he said.

“One was trying to get one over Lavey. They've put the foot on us the last couple of times they've played us.

“Two – winning a county title which was vitally important for our club, and three – playing in Ulster. It will not be easy, but we've four weeks now.

“Lavey are a good side; they're one of the better sides I've seen all year.

“They've probably had double the games we've had and we need that to try and progress.”

Fintan Bradley's late free upset a few heartbeats among both spectators and players, and Lynch had to do a double take at the end of the game.

“My heart was in my mouth, I thought it was in the back of the net at the final whistle,” he said.

“This is probably the first time we've had a very solid hour and we were comfortable for large periods of that game.

“We still need to put the scores on the board to nail the coffin, which we didn't do.

“Our defence is our backbone. Hard work is needed to play in there and they work very hard, but individually and as a group they're exceptional.

“They're great one-on-one, they read the game very well and there is so much experience.

“The Roes are in there and Niall Farren has been one of the best players we've had all season.

“Some of the clean tackling in the first half was great, we weren't giving the referee an opportunity to blow a foul.

“One or two can go either way, but we didn't give an opportunity.

“The crowd behind us reacted sometimes looking for frees, but not if you're making the right contact and there's a skill to that.”

Ulster awaits, with Lynch seeing it as a stepping stone to progress for a club and a panel perpetually seeking improvement.

“You need a springboard. Even Slaughtneil, a few years ago, they came back different animals after playing Ulster championships and playing down south,” he said.

“They ran Ballyhale so close. Clubs like Lavey, Banagher, Swatragh, Ballinascreen, we have to look at this competition as a way of getting that experience.

“We are going to expose our players to a higher level, and as a manager, what more can you ask for? It sharpens the mind.

“Our improvement has come from the players and Kieran O'Connell.

“He's a very hard task master, and the boys respond very well to that.

“We just asked for a good, honest shift all year from the lads and it's gone a lot smoother regarding managing players than I ever thought it would be.

“I'm delighted for the club and the players mainly,” he added.