Institute come from behind but can't get the win against Dergview 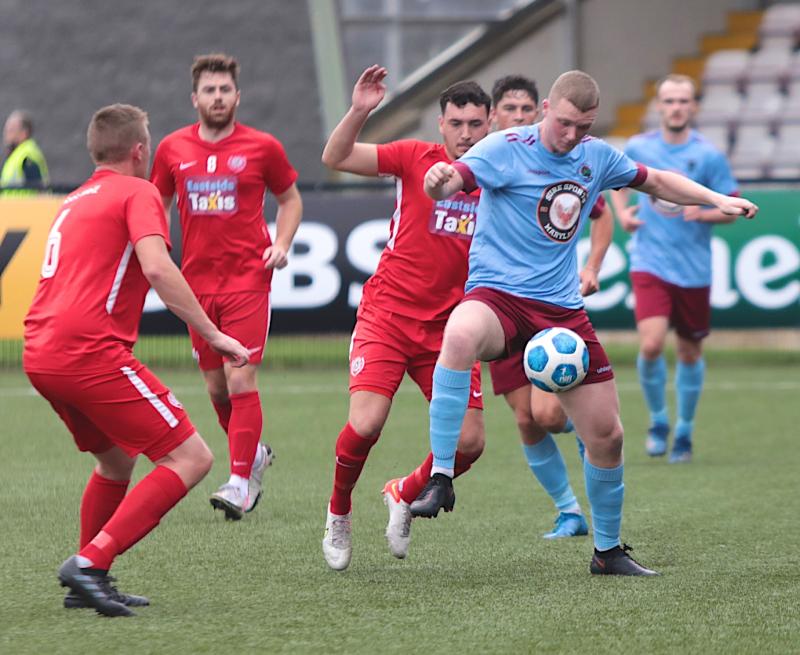 Institute were held at home to Dergview.

It was another opportunity missed for Institute as they could only draw with Dergview at the Brandywell.

It is now seven games without a win for ‘Stute who overcame a half time deficit, but despite some good chances, could not turn the game in their favour.

A ‘Stute mistake gave Derview the lead early on. Goalkeeper John Connolly yelled for his defender to leave it as Cathal Farren’s cross came in, but he dropped the ball straight into the path of the league’s top scorer Benny Igiehon, wo simply put the ball into the empty net to make it 1-0.

It should have gotten worse for the home side on the half hour when Niall McGinley broke down the left, and he picked out Farren in the middle, but the former Derry City striker scuffed his effort wide of the target with just Connolly to beat.

The home side were thrown a lifeline just before the hour mark when they were awarded a penalty. A cross into the Dergview box found Aaron McGurk, whose touch took the ball away from him. Both McLaughlin and goalkeeper Buchanan went for the loose ball and it looked as if the goalkeeper got there first, but not according to referee Harrigan, who pointed to the spot.

Dergview were baffled by the decision, but after their protests, McLaughlin kept his calm to score his first goal in 5 games and his 8th for the season overall to make it 1-1.

‘Stute had a great chance to take the lead in the game for the first time on 70 minutes when McGurk did well to work his way into the area, and although his shot was blocked, the ball fell out of the sky right onto the foot of McLaughlin, who volleyed wide with the whole goal to aim at.

Those missed chances almost cost ‘Stute as Dergview began to get on top for the first time in the second half as the game entered the final ten minutes. Jamie Browne had his head in his hands after he dispossessed Jamie Dunne just outside his own area, but the striker was denied at the last second by the ‘Stute man, who made amends by deflecting the shot behind for a corner.

From that set-piece, ‘Stute were lucky to survive as the ball bounced around the area, and it took a few brave blocks to keep the ball from reaching Connolly’s goal with Dergview players lining up to put it in.