PREVIEW: Steelstown bid to end the hurt against the champions

Greenlough are bidding for back-to-back titles. 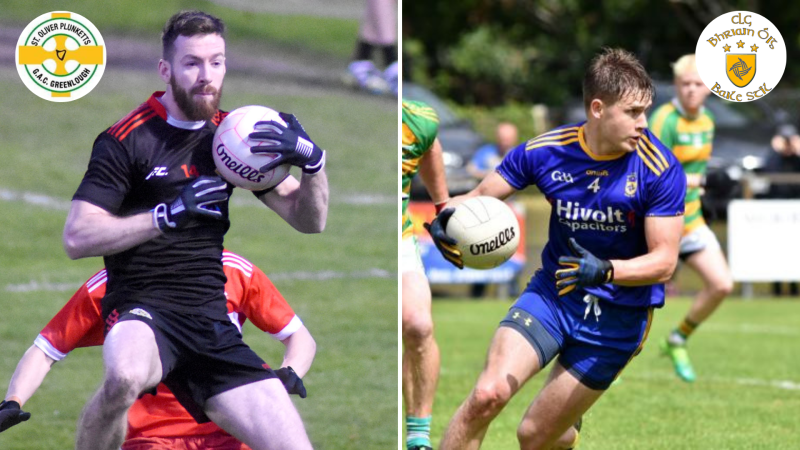 It will be a case of déja vu tomorrow on the Loughshore as Steelstown and Greenlough return to spar again a year on from their appearance in last year's decider.

Joe Cassidy's Greenlough side are aiming to put back-to-back intermediate titles together after clinching the Bateson Sheridan Lee Cup over a year ago.

Michael McDonnell's late goal in Bellaghy sealed a four-point win and came as a sucker punch for a Steelstown side desperately searching for an equaliser.

Brian Óg's are returning once more to what must feel like a poisoned well, having lost deciders in 2010 and 2016 before last year's fresh heartbreak. 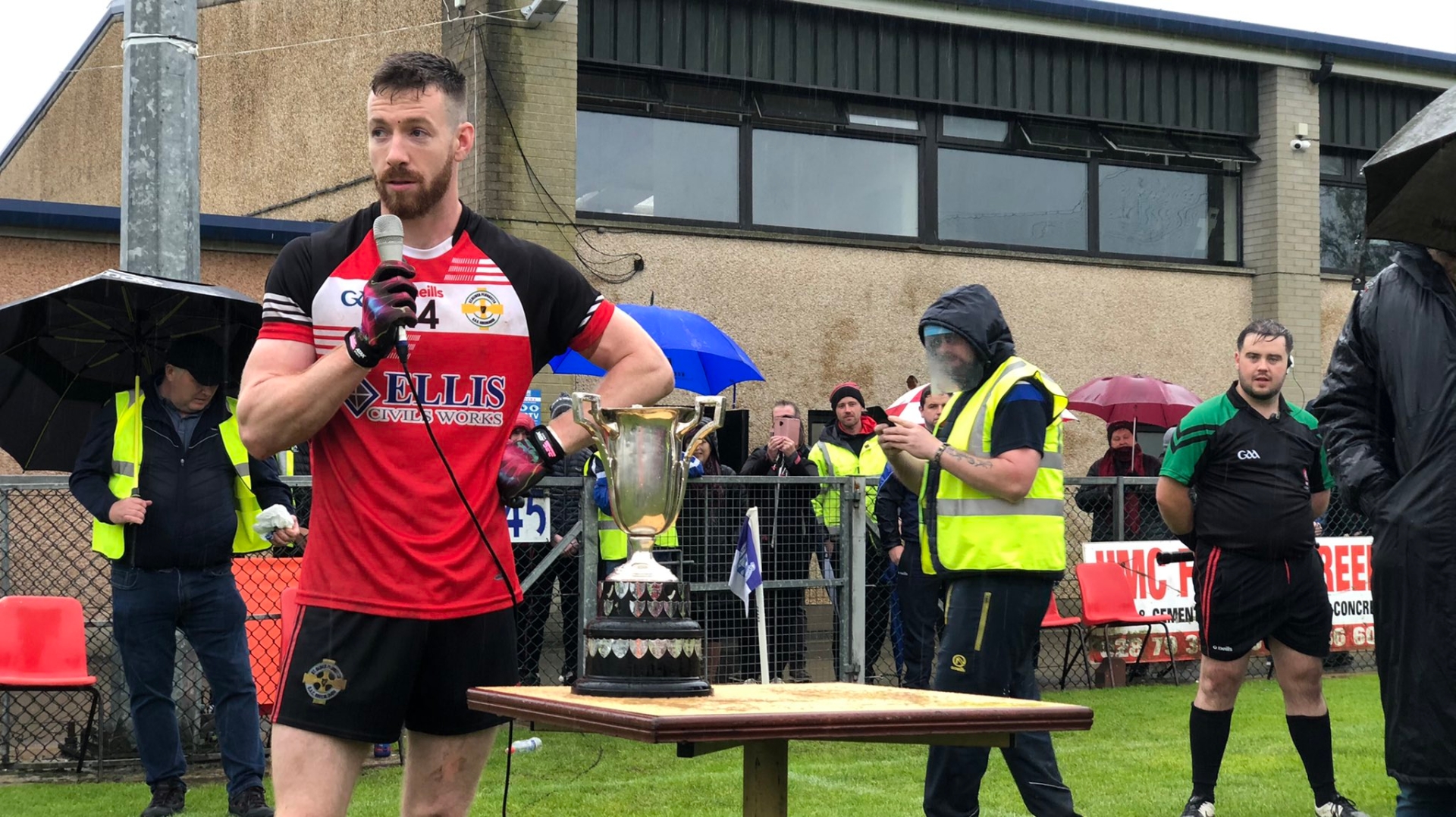 Still in search of their first adult title, they can come into the final with a renewed vigour given the encouragement of their championship campaign.

At the other end, they have conceded 3-40 (49pts) to leave them with a healthy score difference of +88 and an average concession of 9.8 points to take into Saturday's final.

Sharp-shooter Ben McCarron is Steelstown's top scorer with 2-18 (18%) of their total and the forward has been in fine form throughout the campaign.

Manager Hugh McGrath felt the victory over Castledawson was the most satisfying, a win over a team that had dogged Brian Óg's in recent years.

In the red corner, the champions will slap the trophy on the presentation table and prepare to defend it. 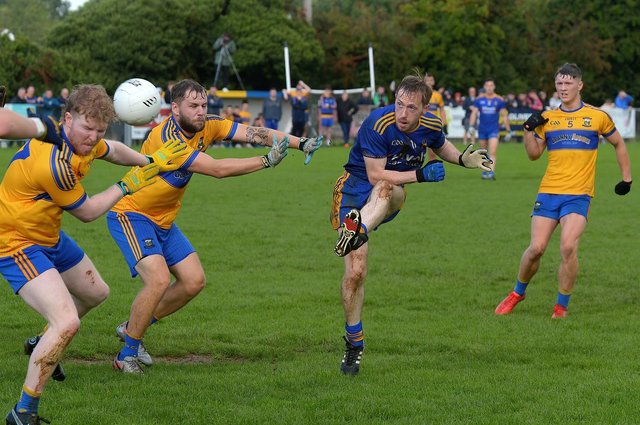 After Doire Trasna conceded their final group game to the Plunkett's, they were left having played one less game than tomorrow's opponents, but that affects little but the statistics at this stage.

Manager Joe Cassidy had used 32 different players throughout the league and championship campaign, and with another year's seasoning complete, they will be confident of retaining their title.

The south Derry side have hit a total of 10-61 (91pts) in championship football this year, recording a scoring average of 22.8 points per game.

Not one goal has been scored against Greenlough in championship football this season, with a paltry 0-26 in the 'against' column, leaving a score difference of + 65 and an average concession of just 6.5 points.

As you would expect from two sides with a combined total of 24-156 (228 points) in the bank, there are attractive attacking options all over the field.

Steelstown are led into battle by a a front three of Mark Foley, Eoghan Bradley and Morgan Murray, with scores also flowing from McCarron, Gareth Logue and the experienced Neil Forester. 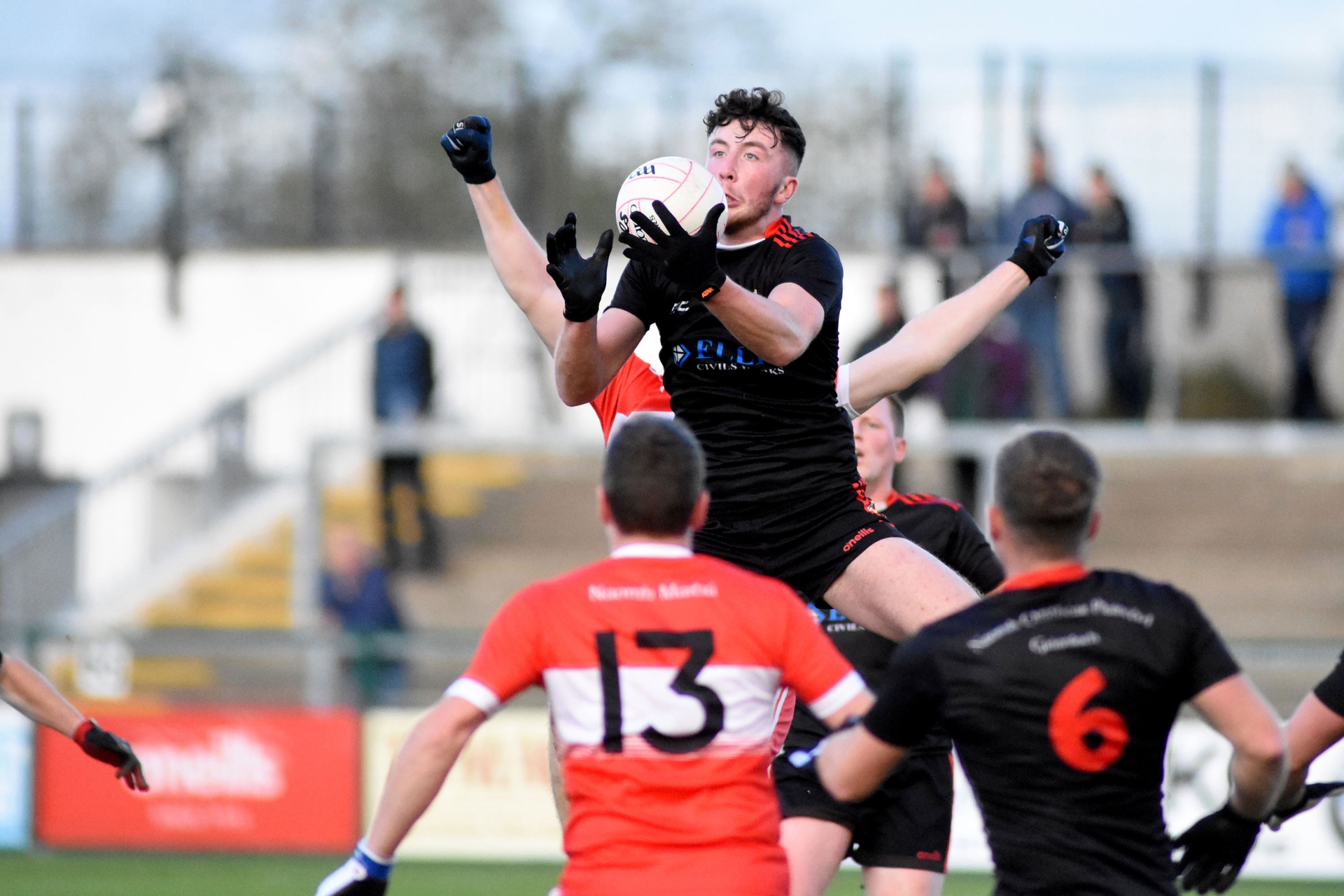 All their starting forwards found the posts in their semi final win over Limavady, and with Cahir McMonagle coming off the bench to add a goal, to say they have options is an understatement.

Greenlough too have a roster to make many a corner back's bottom lip quiver, and in Niall Loughlin boast the championship's leading scorer.

Enda Lynn and Stephen Bradley add further value to their attacking unit, while there are a number of players capable of raiding the orchard from deep positions.

Loughlin, the championship's leading scorer, will need watched carefully with Kevin Lindsay possibly the man to pick him up.

The Derry forward is irrepressible at times, and Lindsay will need to rely on his team mates not giving Loughlin opportunities from frees.

The Greenlough man's ability from distance doesn't leave them much room for error.

Murray has been among the top scorers this year, with a real eye for goal, notching 5-9 in championship action so far.

If there is a goal in Steelstown, it is likely to come from him. Stefan Lynn could be the man charged with curbing his influence and closing off the route to goal.

Enda Lynn is an important ball carrier for Greenlough, and has the talent to find space where none looks available.

His ability to takes scores increases the danger to Greenlough's posts, but Eoghan Concannon, their energetic half back, may be the man to counteract him.

Not adverse to a forward burst of his own, he could be to Steelstown what Lynn is to Greenlough.

Oran McMenamin is a scoring threat from the middle of the park for Steelstown, and the midfield battle will be key this year as it was last year.

After losing Niall Bradley to injury, McCallion's influence has helped Greenlough gain a foothold in this area of the pitch.

An intriguing one to keep an eye on.

Greenlough will start favourites by virtue of being champions, and have the personnel, desire and gameplan to become back-to-back champions.

Steelstown are back again to knock on the door of that first adult championship, hoping not to face the bitter taste of disappointment again.

Desire and desperation don't win championship matches alone, but at some point, the levee has to break.