More late drama at the Brandywell as City grab a point 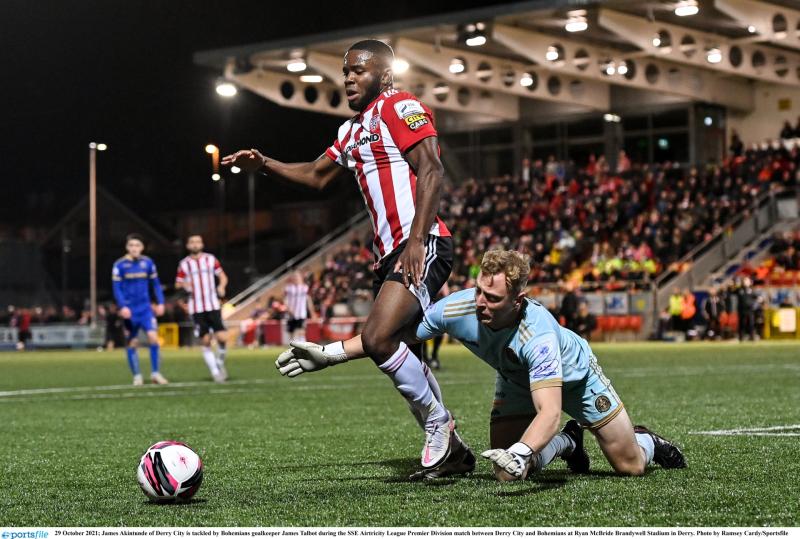 It looked as if Promise Omochere’s second half goal would be enough for Bohs, until Boyce struck with his 7th goal of the campaign to save the hosts.

Bohs shocked Derry by taking the lead less than five minutes into the second half. A ball forward saw Eoin Toal and Promise Omochere battle for possession, and the striker emerged with the ball before shooting low past Gartside and into the net from 20 yards.

It should have been game over for Derry 15 minutes from time when Gartside completely messed up a routine clearance, and Ali Coote set up Ross Tierney for a tap in, only for an incredible clearance from Eoin Toal to deny Bohs a second goal.

Derry responded well to that scare and came so close to equalising. A long throw into the area by Will Fitzgerald was flicked on by Toal, and it came to Junior who volleyed the ball past Talbot but the ball hit the underside of the crossbar and somehow stayed out.

It looked as if Derry were out of luck, but deep into added time, James Akintunde’s cross went all the way to the back post where Boyce was on hand to bundle the ball over the line to save what could be a huge point for Ruaidhri Higgins’ team.