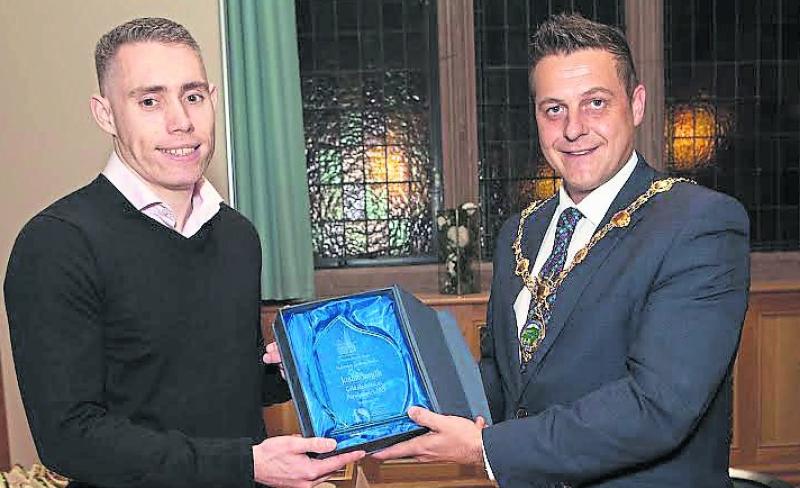 Mayor of Derry City and Strabane District Council, Alderman Graham Warke, has described Jason Smyth as 'inspirational' as he hosted a civic reception for the fastest Paralympian on the planet.

Eglinton runner Smyth won his sixth Paralympic gold medal in a thrilling final of the T13 100m race at this year's Paralympic Games, which took place in Tokyo at the end of August.

Mayor Warke invited Jason and his family to the Guildhall for a special civic reception to mark the continued success of the man nicknamed the 'GoldSmyth.'

Speaking after the event, Mayor Warke said: "It was an honour to have Jason in the Mayor's Parlour and to be able to congratulate him personally on the remarkable success that he has had.

"To win a sixth Paralympic gold medal and to remain unbeaten in 17​ years of Paralympics is something most sports people couldn't even dream of. It takes a serious amount of commitment, hard work and sacrifice behind the scenes to reach that level of greatness and to perform on the biggest stage, and Jason has managed to do that year in, year out. He has represented our city and district on the world stage, and I felt it was only right that I show our appreciation on behalf of all the people of this Council area.

"I want to wish Jason and his family all the very best and, hopefully, we are celebrating even more medals in the future. Jason is an inspiration to so many of us locally and to so many globally as well. His story is one that already has its rightful place in the history books and I'm sure there are a few more chapters still to be written."

Jason said overcoming injuries, dealing with the Covid-19 delay to the Games, and winning the final by just 0.01 seconds made his latest Paralympic gold one of the sweetest yet.

"I think, on reflection, because the race was so close and the lead up was so difficult, when I think back on all of the Games, it's definitely been the most satisfying win. When I've needed to get things right, I've been able to do it - by the finest of margins - but when it counted. When I sit back and look at it, I can say that really went as well as it could have, so it's very satisfying, but now I'm thinking what's next and I'm ready to move forward."

He added it was great to be able to attend a Mayor's reception and spend time with family members who had supported his journey.

"Sometimes, we're away in the likes of Tokyo and we're in our bubble and unaware of what's going on at home or who's watching, but when we do come home it's great to see the recognition, the support, and the awareness.

"It's great to come into the Guildhall with the Mayor and have a reception with family because they are often the people who make the most sacrifices. 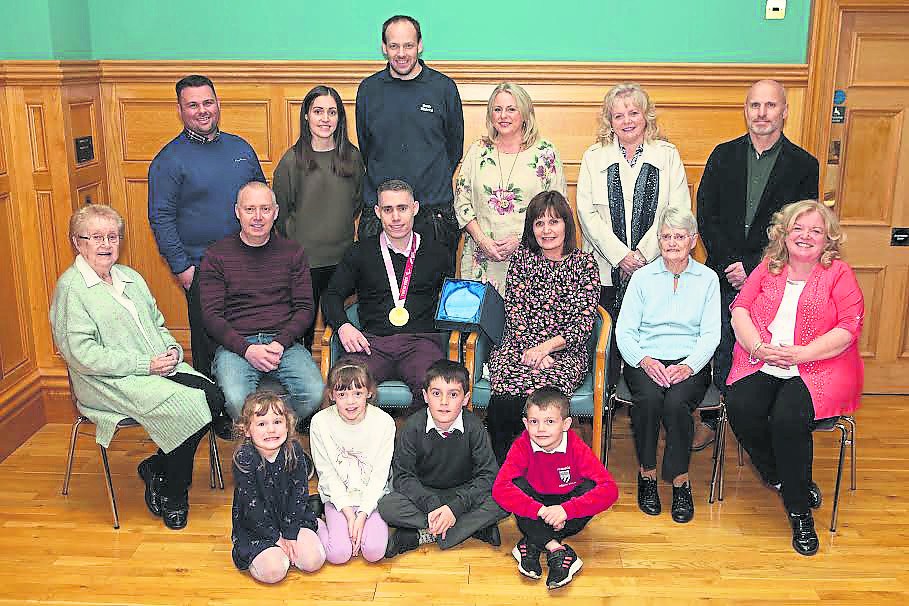 Paralympian sprinter Jason Smyth with his family and friends at the civic reception in his honour hosted by Mayor Graham Warke in the Guildhall . Photo: Tom Heaney (nwpresspics)

“My family, my wife, my daughters allow me to go away as much as I have to to put in the work required to eventually win gold medals."

To view a video of the civic reception held for Jason Smyth, visit the Mayor's Facebook or Twitter page.