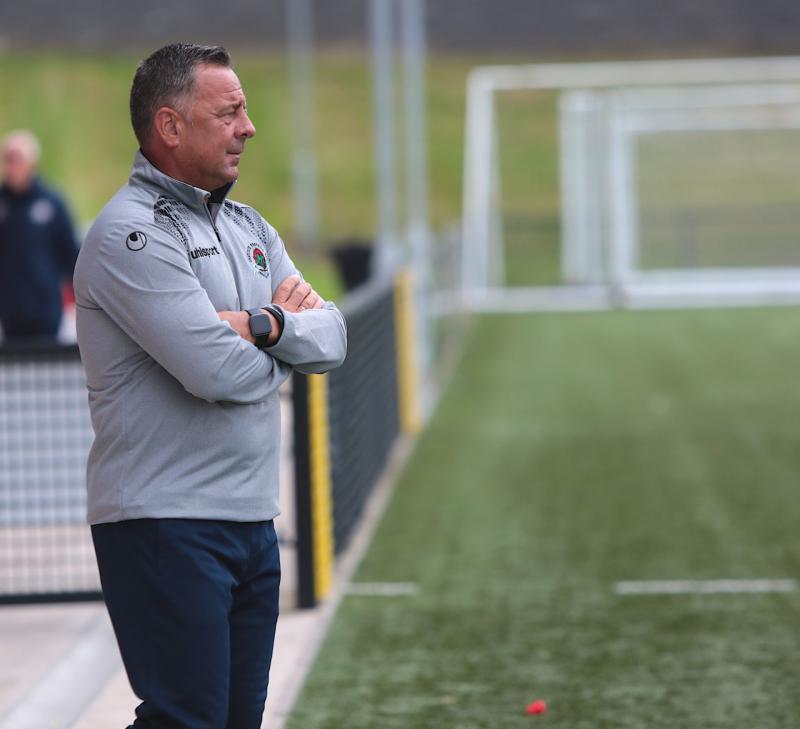 Brian Donaghey’s first game in charge of Institute ended in a hard-fought victory over Dundela at the Brandywell.

Goals from Liam Walsh and Benny McLaughlin made it two wins from two for ‘Stute, who have bounced back well following the departure of Sean Connor after four success defeats.

This was not at all straightforward however, as Dundela had plenty of opportunities and it took some heroic defending and heroic goalkeeping to keep the visitors out.

‘Stute opened the scoring just after the half hour when they were awarded a penalty following a foul on Rhys McDermott. Liam Walsh’s kick was saved by Marc Matthews, but the rebound fell back at Walsh’s feet and he hammered the ball into the open net.

‘Stute goalkeeper Dylan Doherty then kept his team ahead with a miraculous save to deny Taylor from close range, before McDermott cleared off the line as ‘Stute hung on.

The win was sealed a minute from time when Walsh’s cross found Jamie Dunne, who thought he had scored, until team mate McLaughlin claimed the goal from close range.

Dundela pulled a goal back on 93 minutes, as Owens headed home from close range, but it was too little, too late for the visitors.