City of Derry to host Bangor in Ulster Conference 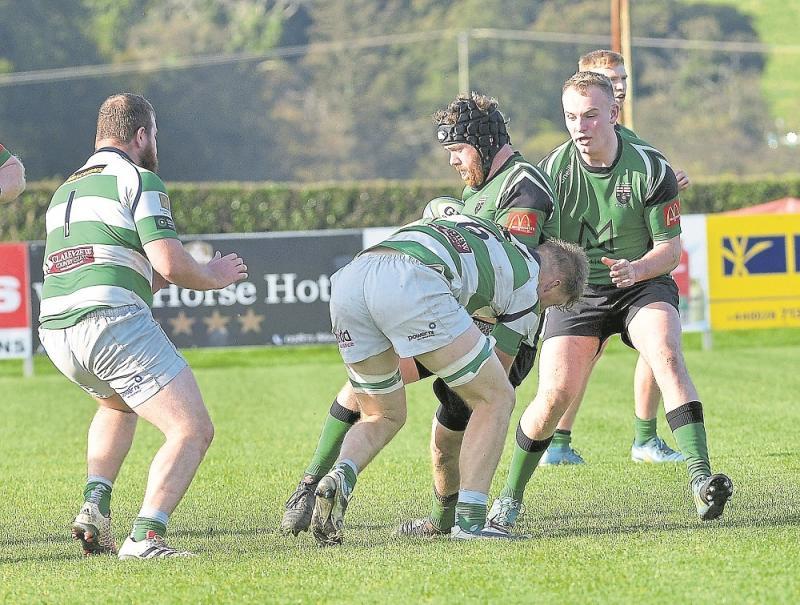 City of Derry are back in action at home today

City of Derry vs. Bangor

It has been an arduous 18 months for local rugby fans, with no Saturday games to look forward to, a ground usually filled with life and laughter, kept silent due to the pandemic.

But, fingers crossed, life is getting back to normal and, as a long overdue bonus, there will be three weekends of home games for Derry in September, ahead of the All-Ireland League opener at Tullamore next month.

City of Derry started their Ulster Conference campaign with a good performance in a 29-21 defeat at Ballymena last week, but all eyes now shift to Bangor, with Head Coach Richard McCarter not underestimating the importance of this fixture at Judges Road.

“It’s massive because it’s the first game since March last year, so we’re chomping at the bit to get back out at Judges Road,” he said.

“Just being back playing rugby again is the main thing. We had a good encouraging start last week against Ballymena, but we know this week is going to be arguably a tougher task against Bangor to be honest. We have got to prepare well but we’re looking forward to it and we’re excited to get started again.”

While Ballymena were two leagues above Derry, Bangor are in the same division, and McCarter believes this puts the pressure of expectation on his team as a result.

“Last week there was no real pressure on us against Ballymena because we weren’t expected to win, and we put in a pretty good performance and that was a real positive start for us,” he continued. “It just adds a wee bit of pressure in terms of the overall occasion I suppose and it’s how we cope with the difference in expectation this week because there will be that expectation on us to win this one, which is what we want to do.”

The Ulster Conference gives teams an opportunity to warm up for the All-Ireland league campaign next month, and City of Derry will face Bangor, Dungannon and Omagh, all at home, before their trip to Tullamore. It gives McCarter and his staff time to see how their players, some of them new to the club, will cope with competitive action.

“The All-Ireland is our bread and butter and it always has been, but it’s important to build momentum as well because we obviously want to win every game we play in,” he said.

“Momentum builds confidence, but there is an element of giving players game time because once it gets to the All-Ireland we need to know what players we can trust and who’s up to the task. There will be injuries and unavailabilities throughout the season so we need to try out different combinations.

“We need to get a balance between giving fellas a fair crack of the whip because we can’t just put out the same team every week – we have got to chop and change a bit, but we want to try and build momentum and not compromise that by making too many changes.”

A new chapter begins at Judges Road this weekend, with new management, new players and a new drive after 18 months away. The will to win through remains as strong as ever.

“The boys haven’t played rugby in such a long time and it’s about them finding their feet again,” McCarter explained. “We’ve been building a style of play over the last couple of years so we’re a bit more comfortable in our own skin with that, so it’s just about fine-tuning, with a few tweaks and changes.

“We signed a few boys last year who never got to play a competitive match for the club, so there will probably be five or six making their home competitive debut at the weekend so it will be a big day for those boys as well.”