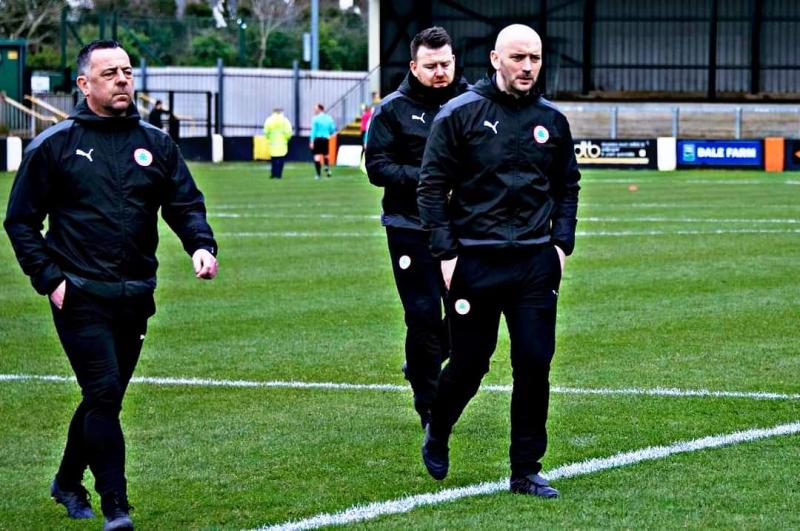 Brian Donaghey (left) is the new manager of Institute

The club have not waited long to make their new appointment, which comes just a week after the departure of Sean Connor.

A statement released by the club said:

"Institute FC are delighted to announce the appointment of Brian Donaghey as our new Head Coach.

"Brian was an integral part of our 2017/2018 NIFL Championship success following the devastating flooding of the Riverside Stadium.

"Following our promotion to the 2018/19 NIFL Premiership, Brian also helped steer the first team to an excellent 8th place finish, with the club just missing out on a European Qualification playoff place by just four points.

"He has coached at Northern Ireland U18 level and developed an excellent record and reputation at youth level before moving to Senior Football with Institute and Cliftonville.

"The Institute Board are convinced of Brian’s motivation, commitment, and coaching ability, and we believe this appointment is great news for both the current cohort of senior players and for young talented local players who may have aspirations to play for Institute Football Club."