Sean Connor admits fans will have to be patient 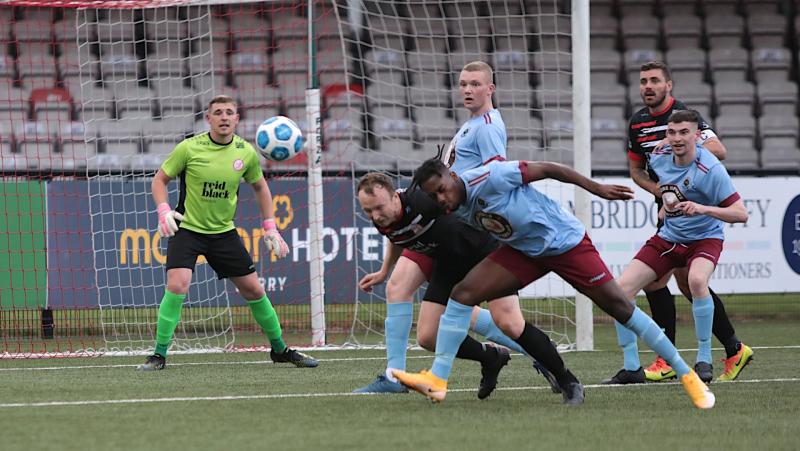 Institute have lost two from two so far this season

Sean Connor admits it will continue to be difficult for his team until key players return to the squad over the next few weeks.

Institute fell to a second defeat in two Championship games when they lost to Ballyclare Comrades on Tuesday night, and they now head to Newry today, who have a 100% record so far after a 97th minute winner against HW Welders on Tuesday.

With Seamus Sharkey not yet signed, goalkeeper Dylan Doherty unavailable, captain Cormac Burke not yet fit, and Aidy McCauley and Shaun Doherty injured, Connor is faced with a situation he hasn’t experienced in his management career, and he admits there is little that can change until these players – the core of his team – are available once more.

“I can’t really blame the players,” he said after Tuesday’s defeat at the Brandywell. “There’s a goalkeeper, a right back, two central midfield players and a creative player all missing who would definitely start; that’s half a team.

“I think we did better than we did on Saturday, but I was disappointed with the first half display because we knew what they were going to do but we didn’t really get our shape. You are going to get that with young players and players who are inexperienced at this level.

“We had too many players playing their first game at this level against a well-drilled team, and it’s going to be difficult until we get our players back; fans have to understand that when we are missing these players it will cause any team problems.”

Connor must now rouse himself and his players ahead of the trip to Newry.

“I would think playing Newry will be different to the two games we have had already in that in won’t be as physical as Newry play more football,” he concluded.

“I’ll try and keep the players positive. I have faced something like this before and it’s easy for me to say that we’ll get through this, but what isn’t easy is the amount of players that I would be picking for the first eleven out. I’ve never had that before.”