Tributes paid to SML Chairman George Coyle on his passing 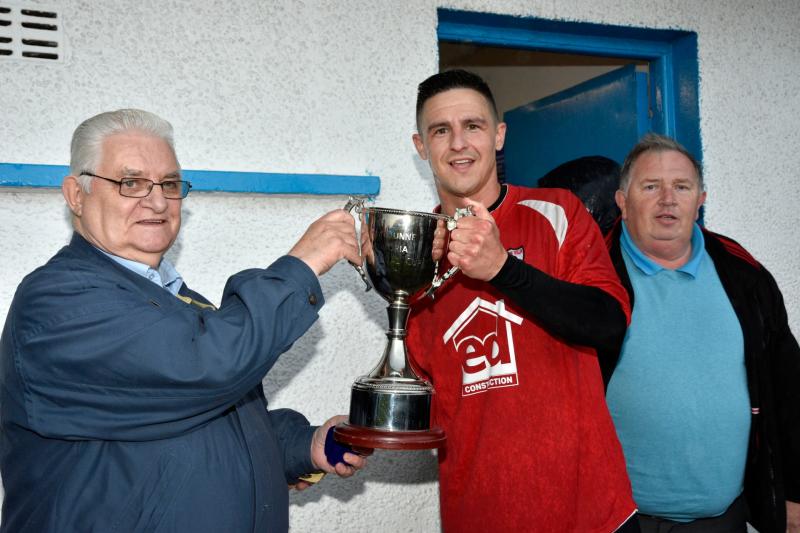 George Coyle (left) was Chairman of the Saturday Morning League for 15 years.

Tributes have been made to Chairman of the Saturday Morning League George Coyle, who sadly passed away this morning.

George was Chairman of the association for the past 15 years and could often be seen around local football grounds, particularly that of Culmore.

Billy Carlin, PRO of the SML said that George will be sorely missed.

“He was a stalwart of the committee, very hard working and very diligent, and he was an asset to the Saturday Morning League. It will be a sore loss for all the members and clubs of the SML and it is unlikely we will be unable to replace him as Chairman.

“On the occasion when we withdrew form the auspices of the IFA, George played an instrumental part in the dealings at that time, which was a truly significant chapter in our history. To his wife Ann and his entire family circle we extend our deepest condolences.”

George's remains will be removed from there on Thursday at 5.30 pm to the Church of the Immaculate Conception, Thornhill for Requiem Mass on Friday at 11 o'clock. Interment afterwards in Sacred Heart Cemetery, Muff.