Institute ready to put 18 months of hell behind them

Sean Connor's side head to Dergview for league opener 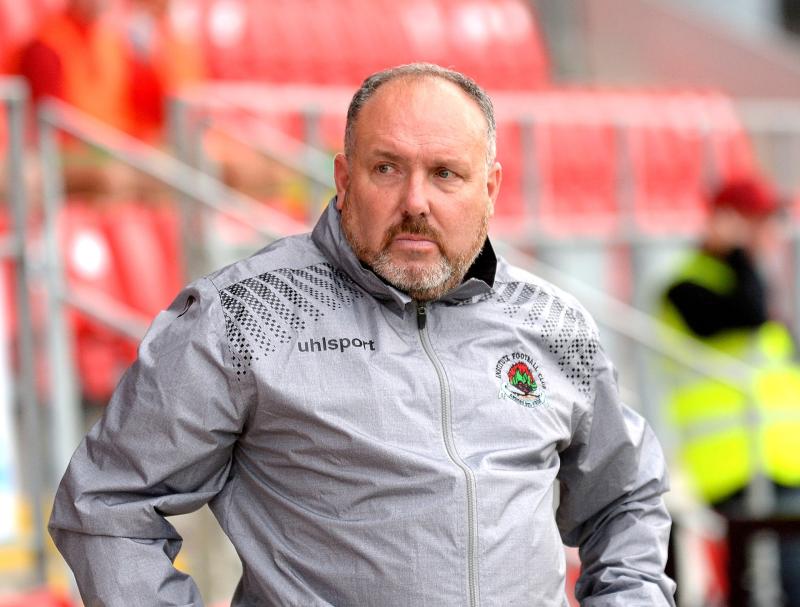 Institute head to Dergview today for their opening league game.

Forget the anger and forget the disappointment, but instead focus on the excitement around Institute Football Club this morning as they prepare for the first step on what they hope will be the road back to the top.

Sean Connor and his players have had to sit by as judgement was cast down upon the club over the past year and a half, relegated from the top flight on a mathematical formula, then, to add insult to injury, the Championship clubs weren't looked on as an elite group, meaning last season had to be scrapped entirely.

It has been a devastating period for the club, but replacing the hurt and that sense of injustice the hunger to get back to work and the will to show the club's worth, on and off the pitch.

It all starts again today, away at Dergview, and after pre-season games against Premiership opposition in Ballymena and Cliftonville, it cannot come quickly enough for Sean Connor.

“It’s just really good to be back playing, to have a pre-season where the games mattered and they were building up to something,” he said.

“When we got the elite status, that was fantastic. Even myself towards that end of that particular period, I was finding it hard to motivate myself. I was struggling for…the word I think of is purpose, so now just to be back is really, really good.

“These players committed themselves to us last year so they deserve a chance. Likewise, our budget dictates a lot of what we do. I’m happy enough with the players but I’m still after one or two additions, although they will probably be loan signings.

‘Stute start at Dergview then follow that up with their first home game against Ballyclare Comrades next Tuesday at the Brandywell. A good start is essential to keep ‘Stute in the mix this year.

“I don’t want to put too much pressure on, but you want to win your first game,” Connor says.

“As a manager I know in my experience the quicker you get your first win, the better. It’s a great game to have because it’s a derby. They are a relatively young team as well so we have got to go there and give a good account of ourselves and make sure we don’t get beat. You don’t win the league or promotion in the first 10-12 weeks, but you can do damage and make it difficult for yourself; we need to be in and around it if we can coming into Christmas and then see if we can push it a bit further.”