Darren Cole: "I think it's me trying too hard when I'm getting on" 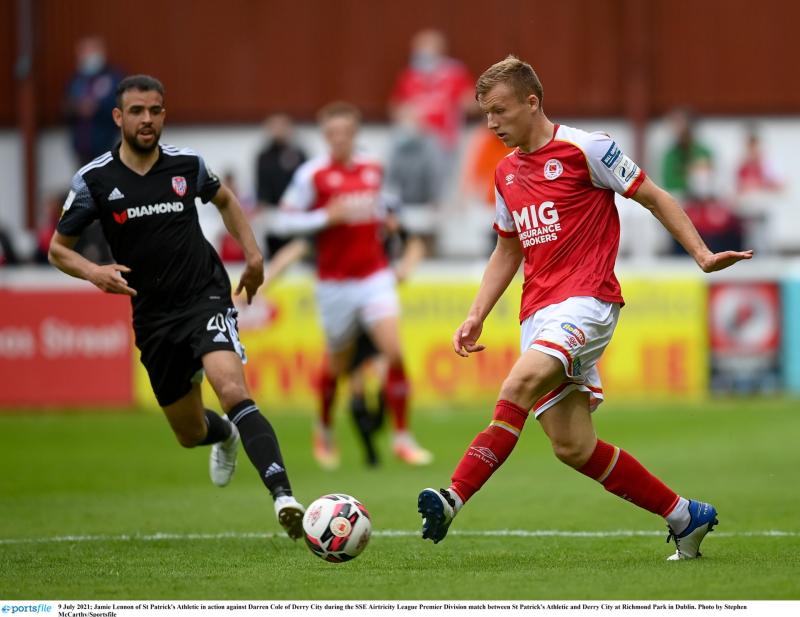 Darren Cole is Derry City's most used substitute this season

Darren Cole believes he is worthy of a place in Derry City’s starting eleven, but he just needs the chance to prove it.

The 2021 season has been a frustrating one for Cole so far, who has made just 2 starts. Being the most used substitute is no consolation for the Scot, who has also had luck go against him in big moments. His eight-minute cameo against Drogheda saw him sent off for two tackles, then he gave away a penalty at Dundalk. These have not been ideal scenarios for a player who, alongside Eoin Toal, is in actual fact one of the longest serving players at the club.

“I think it’s me trying too hard when I’m getting on,” he admits. “If I’m centre-mid I’m trying to tackle more and trying to do as well as I can, but perhaps too hard and I’m a bit rash. I’m not used to being on the bench so hopefully I can turn that around.

“It’s been pretty difficult. It goes back to me having an injury a couple of years ago and it’s just had an effect with kicking on this season. I have picked up a couple of niggles trying to come back and trying to get fit, so there’s been a few setbacks.”

Cole has proven his versatility to a number of different manager in his time at the club, but the form of Ronan Boyce at right back, and the immovable pairing of Toal and Cameron McJannett at centre-half, have kept him on the sidelines this year.

“I’ve never been used to being on the bench,” he says.

“As a defender you’re either on the bench and you don’t get on or you’re starting and that’s it. Obviously since Ruaidhri has come in it’s been a bit different, I’ve been moved into midfield and there’s been a good few players in that position so I’ve found it hard to get in the team.

“Watching the games is a bit frustrating but I just need to be patient and hopefully I get that chance and when it does I can take it. I know myself I’m a defender and I’m better at centre-back and I like playing right back.” 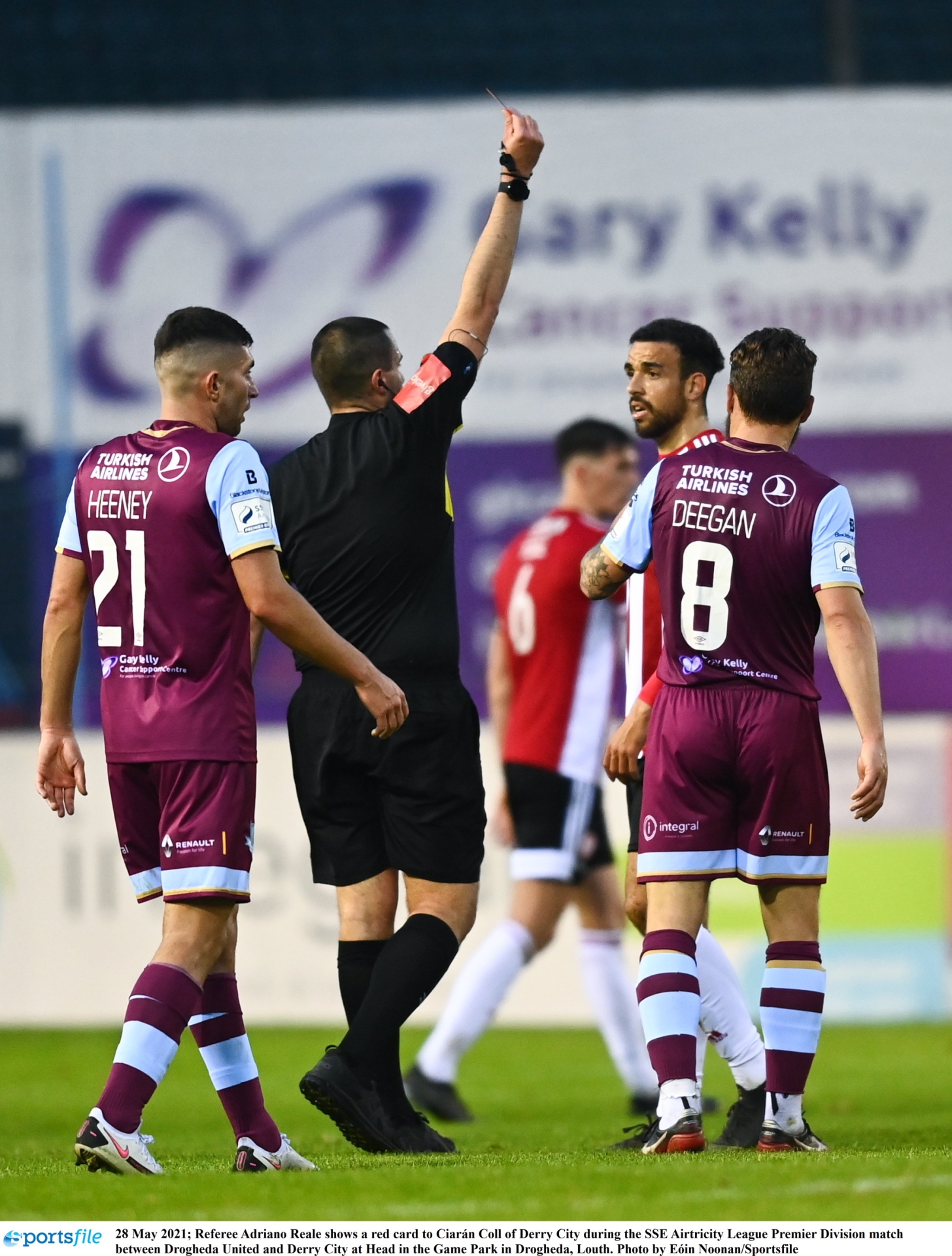 Derry City face Drogheda United at the Brandywell tonight, and Cole is just dying to get a chance at redemption following his red card in the 2-1 victory at Head in the Game Park back in May. Two tackles within 8 minutes and he was off.

“You look at the first one and it’s a blatant foul because the guy was breaking away and I brought him down so fair enough,” he recalls.

“The second one, I’ve watched it back and I did get the ball. It was kind of the same tackle as the first one and they gave the second yellow. You have got to remember I’m coming on in the late stages of the game when everyone’s played for 70 or 80 minutes and everyone’s 100 miles an hour, so probably the first thing on the ref’s mind is a card because it’s that late in the game, and they don’t take into account that I’ve only been on for 9 or 10 minutes.

“Coming on is not going to get my game sharpness as well as if I was starting the game and playing a full 90 minutes. I can’t remember the last time I played a full 90 minutes, so getting that sharpness is hard. Hopefully in the next few weeks I will start and there’s only one way to do it and that’s play well and hopefully I can keep that jersey.”